Written by Aditya Jain, pursuing Certificate Course in Insolvency and Bankruptcy Code offered by Lawsikho as part of his coursework.  Aditya works as a Legal Associate at ANB Partners and is a graduate from Gujarat National Law University. 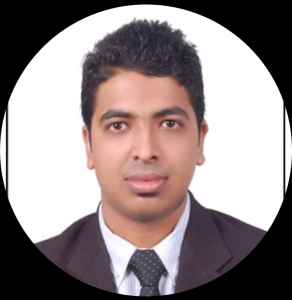 The speed of converting non-performing assets to performing assets got amplified after the coming into force of Insolvency and Bankruptcy Code, 2016. To cope up with the new regime of stressed assets, RBI passed a notification dated 12th February, 2018 whereby it completely renovated the guidelines by withdrawing the existing guidelines and schemes dealing with stressed assets.

This major step by RBI enhanced the jurisprudence of Insolvency and Bankruptcy and acted as a spinal cord to the existing provisions of IB Code and the insolvency jurisprudence in India. [2]

This article will focus on the key changes brought on by the RBI by way of notification/circulars to strengthen the Insolvency Resolution Process mechanism in India. Furthermore, this article will go a step further and analyze each of these regulations and will critically examine whether they fall in line with the vision of the lawmakers while bringing Insolvency and Bankruptcy Code, 2016 into force.

In the end, this article will also shed a light on how these minute yet monumental changes coupled with better institutional coordination between RBI and IBBI can make IBC, a successful and a fruitful venture.

Assessment of Banking Regulation Amendment of 2017

Non-performing assets are those assets of the bank which has ceased to generate income for the bank. As per the 2014 Master Circular passed by the Reserve Bank of India on 1st July, 2014, the banks are required to classify their Non-Performing Assets into three categories on the credit weaknesses and the extent of dependence on collateral security for realization of dues, substandard assets, doubtful assets and loss assets.

To overcome the problem of increasing NPA’s, Sections 35AA and 35AB were added through the Banking Regulation (Amendment) Act, 2017 which are as under:

“35AA. The Central Government may, by order, authorize the Reserve Bank to issue directions to any banking company or banking companies to initiate insolvency resolution process in respect of a default, under the provisions of the Insolvency and Bankruptcy Code, 2016

The impact of both these newly inserted provision can be gauged by ascertaining the legislative and the executive intent behind them, which was majorly to give Reserve Bank of India more powers to direct banks to initiate recovery proceedings under Insolvency and Bankruptcy Code, 2016.  It is important to state here various options for recovery from NPAs which are summarized in the table below:[3]

a majority of shares in a company. This allows banks to change the management of the defaulting company. 2016 SUSTAINABLE STRUCTURING OF ASSETS RESERVE BANK OF INDIA Allows for conversion of a part of the outstanding debt to equity or preference shares if (i) project for which loan was taken has commenced operations, and (ii) borrower can repay over 50% of the loan 2016 INSOLVENCY AND BANKRUPTCY CODE, 2016 LEGAL Provides a 180-day time limit for creditor

s to agree on: (i) restructuring the defaulter’s

loans, or (ii) liquidate the assets to recover outstanding dues.

Thus, the likely impact of Banking Regulation Amendment Act, 2017 it likely to be positive if it is implemented in a fair and a transparent manner. In the past, such powers have time and again been given to RBI, but haven’t yielded positive returns as there have been executive interferences. This time, however, with clarity in the language of the section, the intent looks better and now it is the time for its implementation.

The most peculiar aspect of this notification was that it provided an indicative list of signs of financial difficulty which are as under:

The other peculiar feature of this notification was that it repealed more than 28 existing circulars from 2001 to 2017 brought out by RBI then and provided one exhaustive circular.

To summarize, this intent of this notification was to primarily bring a structure to the burning issue of resolution of stressed assets. Furthermore, this notification also kept in mind several aspects of Insolvency and Bankruptcy Code, 2016 and gave certain direction which could act as an extension of the provision of the Code.

On the flipside, it came across to many as an over ambitious piece of regulation and doubted its implementation owing to certain administrative exigencies.

According to financial historian Peter L. Bernstein, ‘The word ‘risk’ derives from the early Italian risicare, which means ‘to dare’. In this sense, risk is a choice rather than a fate. The actions we dare to take, which depend on how free we are to make choices, are what the story of risk is all about.’ Bernstein was trying to explain risk in a larger context, in his book ‘Against the Gods; The remarkable story of Risk’.

The Institute of International Finance (IIF) defines risk culture as “the norms and traditions of behaviour of individuals and of groups within an organisation that determine the way in which they identify, understand, discuss, and act on the risks the organisation confronts and the risks it takes”. Risk has a well-defined set of expectations that are quantitative. But culture has an element of “you know it when you see it” embedded within which makes it time, person as well as organisation specific and hence difficult to measure. Therefore, new mechanisms and techniques are required to be put in place to ensure that risk culture is embedded in decisions, and there needs to be more intensive scrutiny within firms of wider factors driving behavior.

The above two steps by the legislature, executive and Reserve Bank of India are a step towards adopting a ‘balanced risk’ culture as that has become necessary in these times of changing economic scenarios. Though these are positive steps in the right directions, we need to make sure that continue with more such steps in years to come.

[1] Author is an Advocate, practicing at Supreme Court of India and Rajasthan High Court. He can be contacted at +91-9560426630 and [email protected]

Syllabus and books to help you crack the IBPS SO exam