This article is written by Jeeni Thirumalanadha Siva Seshu, pursuing a Certificate Course in Advanced Civil Litigation from LawSikho.

On May 5, 2021, the Supreme Court of India 5 member Constitutional Bench dismissed the “Maharashtra State Reservation for Socially and Educationally Backward Classes (SEBC) Act, 2018 (Hereinafter referred to as “SEBC Act,2018”)” in the case of “Dr. Jaishri Laxmanrao Patil Vs The Chief Minister & Ors”. This judgment re-ignited the conversation around the reservation system in India.

Reservation is a form of quota-based affirmative action for underprivileged communities and is the process of lifting them socially, educationally, and economically who faced discrimination and historical injustice. The Constitutional Laws and Local Regulations govern it. The main motto of the reservation is to achieve equality enshrined in the Constitution. This article would give an insight into the evolution of reservation law in Maharashtra, the disputed part of the legal framework and the recent judgment that struck down the Act for exceeding 50% cap.

Insights into the evolution of the Maratha reservation law

The “Maratha” is a Hindu community primarily found in the Indian state of Maharashtra. Following the implementation of the Indian Constitution, the President of India, in the exercise of power under Article 240, appointed the Kaka Kalelkar Commission, the first National Commission for Backward Classes, to investigate the conditions of all such socially and educationally backward classes.

According to the findings of the Kaka Kalelkar Commission, apart from Brahman, the Maratha claimed to have dominated all other communities in Maharashtra. As a result, the first Backward Classes Commission (Kalelkar Commission) did not recognise Maratha as a backward class community in the state of Bombay.

The President of India appointed the second National Backward Classes Commission, popularly known as the Mandal Commission, in accordance with Article 340 of the Constitution. In its report on the state of Maharashtra, the Marathas were included with 2.2 percent in the category of “forward Hindu castes and communities”.

Despite the existence of a statutory State OBC Commission, the Maharashtra government appointed a special committee led by a sitting Minister, Shri Narayan Rane, to submit a report on the Maratha caste. On February 26, 2014, the Rane Committee submitted its report recommending a special reservation for the Maratha caste under Articles 15(4) and 16(4) of the Indian Constitution.

Maharashtra Ordinance No. XIII of 2014 was promulgated, which provided for a separate 16 percent reservation for seats for admissions in aided and non-aided institutions of the State, as well as an appointment to public service positions under the State.

On April 7, 2015, the Bombay High Court Division Bench issued an order staying the implementation of providing Maratha with a 16 percent reservation. The interim order, on the other hand, directed that appointments to the 16 percent reservation for Maratha in the previously issued advertisements be made from open merit candidates until the final disposition of the writ petition and that appointments be made subject to the outcome of the writ petition.

On November 2, 2017, the Maharashtra Government appointed Justice M.G. Gaikwad as Chairman of the Maharashtra State Backward Classes Commission to submit a report on the facts and observations pertaining to the Maratha caste. On November 15, 2018, the State Backward Classes Commission submitted its report, which recommended that the Maratha caste of citizens be designated as a Social and Economic Backward Class (SEBC) of citizens with insufficient representation in services.

The Government based on the above report enacted the “Maharashtra State Reservation for Socially and Economically Backward Classes (SEBC) Act, 2018”and came into force on 30.11.2018.

The primary issues in the three lead petitions were as follows: 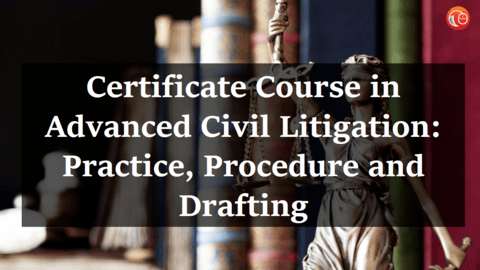 Analysis of the supreme court judgment on the Maratha reservation law

The Supreme Court stated in its judgment in “Dr. Jaishri Laxmanrao Patil Vs The Chief Minister & Ors” that the “Indra Sawhney v. Union of India” does not require a re-look by a larger bench in light of subsequent Constitutional Amendments, judgments, and changed social dynamics of the society, etc.

The main reasons for this ruling were the following:

In paragraph 102 of the M.Nagaraj (Supra) decision, the Constitution Bench stated:

5. The Constitutional Bench of the Supreme Court in Indra Sawhney’s judgment stated that the ceiling limit on reservation fixed at 50 % is to preserve equality and balance.

6. Because no exceptional circumstances were established in granting separate reservations of the Maratha Community by exceeding the 50% ceiling limit of reservation, the SEBC Act, 2018 violated the principle of equality as enshrined in Articles 14 and 16 of the Constitution, rendering the enactment ultra vires. As a result, the Supreme Court overturned the SEBC Act of 2018.

Analysing in light of the Constitution (102nd Amendment) Act, 2018

A writ petition under Article 32 of the Indian Constitution, titled “Shiv Sangram & Anr. Vs. Union of India & Anr.” was filed, calling into question the Constitution (102nd Amendment) Act, 2018.

The Supreme Court observed that with the introduction of Articles 366 (26C) and 342A via the Constitution (102nd Amendment) Act of2018, the President alone, to the exclusion of all other authorities, is empowered to identify SEBCs and include them in a list to be published under Article 342A (1), which shall be deemed to include SEBCs in relation to each state and union territory for the Constitution (102nd Amendment) Act of 2018.

The states can only make suggestions to the President of the Commission under Article 338B, through their existing mechanisms or even statutory commissions, for the inclusion, exclusion, or modification of castes or communities in the list to be published under Article 342A(1).

Furthermore, in the instant case, the Supreme Court stated that the states’ power to make reservations in favour of specific communities or castes, the quantum of reservations, the nature of benefits and the type of reservations, and all other matters falling within the ambit of Articles 15 and 16 will not be affected, except for the identification of SEBCs from the Constitution (102nd Amendment).

By clarifying the applicability of Article 342A of the Constitution, the Supreme Court ruled that the power of the states to legislate in relation to “any backward class” has no effect or harm on the federal polity and does not violate the basic structure of the Indian Constitution.

Struck down provisions by the Hon’ble Supreme Court

The Hon’ble Supreme Court struck down the following Provisions of the SEBC Act, 2018, in its Judgment Stating the reason that these provisions are ultra vires the Constitution

“It declares Maratha community as -Educationally and Socially Backward category”.

“It grants reservation under Article 15(4) to the extent of 12 percent of the total seats in educational institutions including private institutions whether aided or unaided other than minority institutions”.

“Granting reservation up to 13 percent for Maratha community in total appointment indirect recruitment with respect to public services and posts under the State”.

It is evident from the present judgment that there must be a thin equilibrium to maintain the basic structure of the constitution. Equality is the heart and soul of the Constitution. No legislature should violate the basic principle of equality. The political parties while dealing with sensitive matters like Reservation policies must act wisely.  At some point, the reservation policies must be changed as it has been creating disparities among communities. Meritocracy is meaningless without equality.

Reservation is one of the appropriate positive discrimination mechanisms for the development of historically disadvantageous communities like Scheduled Castes and Scheduled Tribes (SCs and STs) and designated Other Backward Classes (OBC’s). The makers of the Constitution had kept this Reservation policy for a limited period of time. Instead of using it as a remedial measure to curb social inequality, it has become a hindrance for the holistic development of the Nation.

The real fruits of the reservation are enjoyed by the politically strong people of that community. Allocating quotas often result in more cases of discrimination and hard feelings towards other communities. The purpose of reservation is not to isolate a particular section but to make them part of mainstream society.

Yes, no doubt, the social dynamics have changed drastically but the lives of underprivileged communities have not changed much. The financially sound and well-educated people are the only ones enjoying the fruits of globalization. There is a need for the implementation of economic reservation rather than caste-based reservation. I strongly believe that in the present-day world the only thing that differentiates people from one another is their financial position. The better the financial position, the better the quality of life.