This article is written by Trini Joarder.

A breach of Contract takes place when a party corresponding consents formally to abandon his liability under it, or by his own act makes it impossible that he should perform his obligations under it or fully or partially fails to perform such obligations. In the case of Food corporation v. J.P Kesharwani , 1994 Supp (1) SCC 531, where one party making unilateral alterations without any intimation to the other and then cancelling the contract, this amounted to breach (repudiation). Therefore it can be correctly stated that, any kind of contract may be examined as broken once a party refuses to perform under the contract as promised, regardless of when performance is supposed to occur. This unconditional refusal is known as a repudiation of contract.

The failure to perform the obligations may take place at the time of performance or at a date even before that. Examples given below may be cited to explain it,

If ‘A’ enters into a contract to sell 200mtrs of cloth to an ‘XYZ’ garment manufacturing firm, on say, May 15th and eventually on April 17th ‘A’ corresponds saying he has changed his mind and declines his services, and thereby his contract. Then the said situation leads to an anticipatory breach of contract. And in such cases the aggrieved or injured party may sue him for damages for breach. The injured party has the option to sue immediately or till the time the act was to be performed. This was an anticipatory breach of contract by express repudiation.

If ‘X’ promised to assign ‘G’, within seven years from the date of his promise, all his interest in a lease for the sum of Rs. 80,000/- . Before the end of seven years he assigned his interest to another person. Held, this was anticipatory breach of contract by implied repudiation.

Anticipatory breach of contract is a declaration made by one of the contracting parties of his intention not to fulfill the contract. And proclaim that he will no longer remain bound by it.

The anticipatory renunciation or repudiation that has affected and gave away immediate rights of action upon the contracting parties thereto, was recognized as early as 1853 in the case of Hochester v. De La Tour (1853) 2E &B 678:95RR 747: 118Er 922: 22LJQB 455, where in April, De La Tour engaged Hochester as his courier for three months from 1st June 1852 onwards, and was told to accompany him to a tour around the European Continent. However on the 11th of May of that year, (De La Tour) the defendant had written to say that the plaintiff’s services were no longer required. Thus on May 22nd Hochester sued. The defendant’s counsel very powerfully argued that Hochester was still under an obligation to stay ready and willing to perform till the day when the performance was due and there could commence no action before. But Lord Campbell CJ ruled out the objection, and allowing the claim pointed out that a contract is contract from the date it is made and not from the date that its performance is due.

However the principle also applies to contingent contract, as was the case in Frost v Knight (1872) 7Exch 111. The defendant promised to marry the plaintiff on the event of the death of his father. The father was then still living and the defendant proclaimed his intention that he would not fulfill his promise on the event of his father’s death off the engagement. The plaintiff did not wait for the death of the father, but immediately brought an action for the breach of contract. He asserted that the breach could arise only on the contingency taking place. But CockBurn CJ held that the case falls within the principle of Hochester v. De La Tour, hence the option is with the aggrieved party to sue immediately or wait for the performance.

“Anticipatory breach means that a party is in breach from the moment that his actual breach becomes inevitable. Since the reason for the rule is that a party is allowed to anticipate an inevitable event and is not obliged to wait till it happens, it must follow that the breach which he anticipates is of just the same character as the breach which would actually have occurred if he had waited.”

Renunciation is the main avenue by which a party can show that there has been an anticipatory breach of the contract.

The following four key factors will be taken into consideration in determining whether there has been a dismissal of a contract amounting to an anticipatory breach:

This law has been explained in plain and simple terms in the speech of Viscount Simon LC in Heyman v Darwin Ltd 1942 AC 356 at p 361: (1942) 1 All ER 337 at p 341. It has been held by the Supreme Court in State of Kerala v Cochin Chemical Refineries Ltd AIR 1968 SC 1316 that by refusing to advance the loan which the state had undertaken to advance, its obligation to purchase groundnut cake from the company did not come to an end. That repudiation just by one party alone does not bring an end to the contract. It has to be repudiation, on one side and acceptance of repudiation on the other. This law was emphasized by Lords in White and Carter (councils) ltd v Mc Gregor 1962 AC 413: (1962) 2 WLR 17: (1961) 3 All ER 1178(HL). A contract for display advertisement for three years of motor garage business was struck between advertisement contractors and the agent of the garage owner, but the latter repudiated the contract by writing an issuing a letter of cancellation. The contractors, however did not pay any heed to his request, refused it and subsequently displayed the advertisement. The contract provided for the annual payments and in event of any default in the payment for all the three years was to become due. Accordingly the contractors went on to claim full payment. Their lordships held that the contractors where in the process of only claiming what was due to them under the contract, and, therefore where entitled to it. In order to lay emphasis upon another aspect of repudiation, the Supreme Court has thereby observed that whatever be the implications. The acceptance by the other party may have certain remedial purposes, as far as the repudiating party is concerned he becomes free from the contract, to the same extent as if the contract has ended. This disqualification, if any meant for the election purposes by virtue of the contract would end as soon as the contract is repudiated.

Where the anticipatory breach of contract is established by the innocent party, three essential remedial measures are made available, first and the most likely remedy is damages. Damages are a monetary sum to compensate for actual loss suffered taking into account whether the loss suffered arose naturally from the breach and whether it would have been reasonably foreseeable to the guilty party. 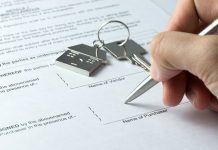 Are you a Buyer in a Contract of Sale? Know your Rights