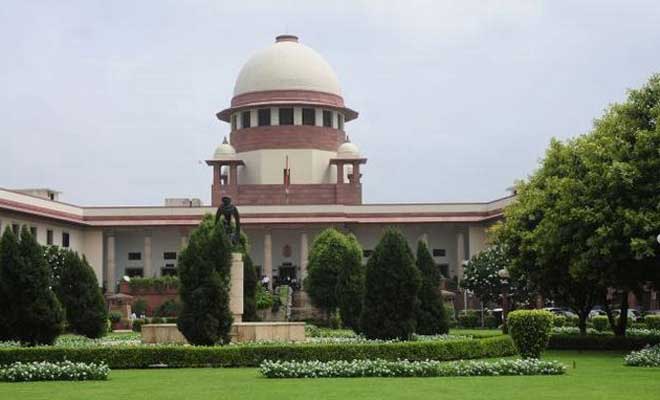 In this article, Vedant Shadangi of KIIT School Of Law discusses the syllabus for AOR Exam Of Supreme Court.

What do you mean by an Advocate on record?

Practicing at the top court of law requires expertise. Therefore, having a concrete standard of court craft and litigation practice is a must. This standard is ensured by the Advocate on Record Examination. Taking the AOR exam and conquering it is not an easy task. This 2011 report says, only 18% of the test takers pass the AOR examination.

Passing criteria and format of exam

The passing criteria for the exam are 50% for each subject and a combined aggregate of 60% in all the subjects. Link to the previous year question papers can be found here

There are four set of paper of four different subjects namely,

Practice and procedure of Supreme Court – This includes

Advocate and Professional ethics – This includes,

This includes all the cases as notified by the exam department. The list of the cases as according to exam of 2017 can be found here

In its official site, the Supreme court has also provided the study materials which could be found here

Result of the exam

For result relating information, Regulation 11(i) & 11(ii) are reproduced:-

“A candidate, who fails to obtain 50 per cent in one paper only but obtains 40 per cent in that paper and also obtains 60 per cent in the aggregate in the remaining papers, shall be allowed to appear in that paper at anyone subsequent examination on payment of the full examination fee and he shall be declared to have passed the Advocates-on-Record Examination if he obtains 50 per cent marks in the paper in which he has so reappeared and the marks so obtained in the paper he has reappeared taken with the marks obtained in the remaining papers at the earlier examination are 60 percent of the aggregate marks in all the papers.

The Candidates are informed that in ensuring examination those who are given roll number and who absent themselves in examination without assigning sufficient reasons in writing to the secretary will be treated as not sufficiently prepared and will be dealing with under regulation 5(b) without giving further opportunity, and time may be prescribed within which they shall not present themselves again for examination except with prior permission of the chairman of board of Examiners.

Bar on reappearing for the AOR exam – Regulation 5 (b)

5(b) “If the committee on the recommendation of the Board of Examiners is of the opinion that a candidate has not sufficiently prepared himself for the examination they may prescribe a time within which he shall not present himself again for examination.

The candidates are further informed that as per registration 11 (iii) of the Regulations regarding Advocates-On-Record, a candidate, who fails in all the papers of the examinations, shall not be permitted to appear in the next examination.

The candidates are further informed that as per Regulations 11 (iv) of the Regulations regarding Advocates-On-Record Examination, a  candidate shall not be allowed more than five chances to appear at the examination. Appearance even in any one of the papers in an examination shall be deemed to be a chance.

Professional ethics an AOR must know

Difficulty level of the AOR exam

It’s true that every year the questions paper gets difficult and lengthy, and according to a source, the passing criteria has also increased[5]. There are various views on the AOR exam, and on many interviews, it is found that some find it difficult while others find it lengthy though, it’s their own perspective.

Few interviews can be found out here.

As a constitutional right, the AOR Exam conducted by the supreme court evolves out as a standard of eligibility for appearing, pleading and acting before the supreme court. It ensures that a lawyer appearing before it has the right knowledge, skill, and authority and is fit to take the case from people and fight for them in the best possible manner.