This article is written by Shivani Garg, pursuing a Diploma in International Business Law from LawSikho.

“People were doing business with one another through the Internet already, through bulletin boards. But on the Web, we could make it interactive, we could create an auction, we could create a real marketplace. And that’s really what triggered my imagination, if you will, and that’s what I did.”- Pierre Omidyar, Founder of eBay

Time has the calibre to change everything, certainly not only the way we look at things but also the way we shop. Gone are the days when it was impossible to buy things from miles away without travelling and without having a good search of the market. A century ago, what was impossible to even think about is not only today’s reality but part and parcel of everyone’s life. Yes, the e-commerce websites have made the shopping experience smooth for many of us. Not just the shopping experience but the way we do business today. It’s the internet world! Pre-covid using e-commerce websites might have been a hitch for certain people, especially the old school category people but the COVID has literally changed the entire scenario as the market moved online, willingly or unwillingly.

The era of e-commerce has finally begun. Since the entire world is being impacted, I will focus on the e-market operation of one nation that dragged us into such situation i.e. China. To begin with, let me ask you one question? Do you have any idea that these e-commerce websites like Alibaba, Ebay etc. are governed by certain principles. It’s okay if you have no clue, as I will not only walk you through these principles but also tell you about jurisdiction issues of such websites. The entire online business is based upon one thing which is trust, to keep the market going and blooming. When it comes to trust, there is betrayal as well. Which is to say, things that come into picture while talking about e-commerce business are: rules and regulations, aggrieved party, suits, compensation and reliefs as well. Since the internet market is not just limited to one particular nation but it has expanded to overseas as well, giving a consideration to the dispute resolution/reliefs becomes necessary. Apart from that, when we talk about e-commerce and principles, the theory that’s the root of the very being can’t be ignored which is Minimum Contacts Theory that is based on two basic principles:

2. Fairness and due process.

Before we get into the basics of Minimum contact theory, it’s a great deal to know about the issues related to jurisdiction that occurs for e-commerce websites as the interest of the consumers is at question.

E-commerce is a borderless world on the internet where various transactions take place. The various kinds of disputes which the enterprise may come across in e-commerce can be contractual like B2B and B2C or non-contractual like copyright dispute, defamation, etc. Therefore in such a scenario, the major concern that becomes relevant is – whose jurisdiction, where to take action, what test and laws to be followed when an individual resides outside that jurisdictional area. This is when ‘Personal Jurisdiction’ comes into picture. Here, personal jurisdiction refers to a court’s power to bring a person into its adjudicative process (by asserting) jurisdiction over a defendant’s personal rights, rather than merely over property interests. But whether a court has jurisdiction or not is defined by statute.

The question related to personal jurisdiction has been answered in the landmark case International Shoe Co. v. Washington, where the U.S. Supreme Court changed the personal jurisdiction law and announced the introduction of the “minimum contacts” test, stating that: Due process requires only that in order to subject a defendant to a judgment in personam, if he be not present within the territory of the forum, he have certain minimum contacts with it such that the maintenance of the suit does not offend ‘traditional notions of fair play and substantial justice. Then in another case, Burger King Corp. v. Rudzewicz, the standard of review was further clarified by court with respect to personal jurisdiction, minimum contact and long term statute.

Theory of minimum contacts and its application in Chinese business

Minimum contact theory is the essence of e-commerce business all over the world. It comes into picture when the question of jurisdiction of court arises in the case where either or both of the parties are from outside the court’s territorial jurisdiction. Minimum contacts doctrine was brought by the U.S. which stated a state’s ability to subject non-residents to its courts’ jurisdiction rests on the state’s sovereignty over the non-residents’ litigation-related activities within its territory. When we talk about e-commerce (business via internet) and min contact, there are two principles that need to be aware of: long-arm statutes and due process principles. Since we are talking about China, it’s important to know about the existing laws with respect to e-commerce.

China’s civil procedure laws state that a lawsuit initiated over a contract dispute shall be under the jurisdiction of the people’s court in the place where the defendant has his or her domicile or where the contract is performed. Further, the law also states that, where a particular jurisdiction within China, or even the nation as a whole, has a particular interest in a dispute, specific courts within China may claim jurisdiction. When e-commerce is involved, jurisdiction and laws are usually at question. In the 2018 case of Taiwan, the question of the court’s jurisdiction over foreign e-commerce sites was raised where the IP court suggested that judges should follow the general theory of jurisdiction in international law while dealing with such matters.

Initially to make the system of Online Dispute Regulation (ODR) applicable internationally, it was proposed by Gaves to use Uniform Commercial Code (UCC) or the United Nations Convention for the International Sales of Goods (CISG) as the applicable arbitration law. The only problem when it comes to UCC is that it has not been uniformly adopted by all the nations. When we talk about the international scenario, one of the most marked problems with using the CISG is that it has not been uniformly ratified by all member states, including China which makes up a significant percentage of the world’s e-commerce transactions. After that, a suggestion similar to Galves’ ODR approach has been offered by the International Chamber of Commerce (ICC). Fundamental to this proposal is that there should be more industry self-regulation when it comes to e-commerce business. That was not much of the success as well. 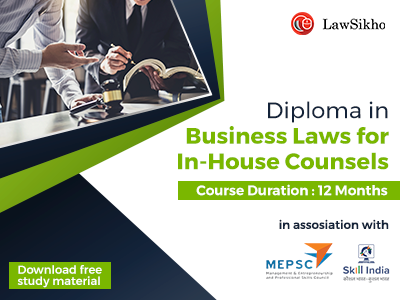 Regulations for e-commerce in China

In China, there are no particular laws which govern contracting on the internet except for:

In 2019, new cross border e-commerce (CBEC) regulation came into effect. These CBEC regulations apply to 63 consumer commodities such as cosmetics, handbags, and non-perishable food. The basics that are given from Chinese Ministry of Commerce for new regulation are: Local entrustment, Consumer protection, Notification of potential risk, Electronic Chinese labeling, risk prevention and control.

You will be relieved to know that before this law came into effect, all the burden of identifying fake goods fell solely on the merchant but now the operators will share in the responsibility or be subject to a fine that can reach $30 million. Independent sellers are also subject to fines. Further, there is a list of products called the Positive List for the products that are eligible to be sold via CBEC channels which has been issued by the Chinese Ministry of Finance.

The culture of doing business through the internet is not new to us yet the guiding principles and theories are something not that popular, or what I can say unclear/unaware even today. Since the COVID-19 hit, all the market space and business moved online. China is one the biggest players when we talk about the e-commerce business today. There is no country that can probably survive without being in business with China although I don’t disagree that few of the apps like Tik Tok etc. were banned last year yet the exchanges do take place. With the expanding internet usage for business purposes, the issues related to grievances and jurisdiction are very common.

The minimum contact theory and its principles were initially brought to provide relief to the people. Since the terms were not clear in the beginning, the court has brought more clarity through the cases like the Burger King case etc. Since the traditional personal jurisdiction was not able to withstand the situations, it was modified later. Last but not the least, the minimum contacts is about seeking to balance the totality of a defendant’s contacts with the forum state (personal jurisdiction) and also satisfy when a non-resident has sufficient min contact with a state such that exercise of jurisdiction over him does not offend traditional notions of substantial justice and fair play (due process).