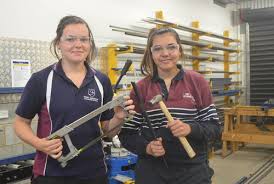 In this article, Shant Kumar Kurbur pursuing M.A, in Business Law from NUJS, Kolkata discusses all you need to know about Apprentices Act 1961.

The National Apprenticeship Act was launched in the year 1959 at first on voluntary cause. The Apprentices Act 1961 was presented in the Parliament during 1961 and came into effect from 1st January 1963. The act was eventually amended in 1973 and 1986. In the starting, the Act was meant for the training of trade apprentices.

Primary Objective of the Act

The main objective of the Apprentices Act, 1961 is to meet the rising need for proficient craftsman. Giving experimental training to the people who’re specialized in their crafts is the primary aim of the Apprentice Act. Candidates holding Diploma and Engineering Graduates can likewise benefit from this plan. As per the announcement of Central Government any industry or any area the provisions of the act are applicable. It is assumed by means of the Government, to use, the infrastructure, space and provisions to be had for instruction of apprentices and to ensure that their preparation is concurring with a ponder program. With the progressive advancement of industries, different question initiated to manifest between the businesses and the students and to recoup from them. This Act should control and screen the preparation of students in exchanges and issues related with them.

Scheme of the Act

There are 38 Sections in generally and Schedule. This Schedule is in regards to the adjustments in the Workmen’s Compensation Act, 1923 with reference to its application to students under the Apprentices Act, 1961.

The terms and conditions which are mentioned in the agreement/contract should be mutually agreed to with the help of the parties for settlement. In any case, those phrases and conditions can’t be detracted under this Act or be varying with the provisions of this Act.

What is the Duration of Apprenticeship Training

What are the Duties of an Apprentice

What are the Responsibilities of an Employer

Apprentice appointed has to execute a contract of apprenticeship with the employer. The agreement must be registered with Apprenticeship Adviser. If an apprentice is minor, an agreement has to be signed via his father or mother.  Apprentice is eligible for a Casual leave of 12 days, Medical Leave of 15 days and other leaves of 10 days in 12 months.

Any argument or dispute which could rise under the apprenticeship agreement shall be raised to the Apprenticeship Advisor for resolution.

Novation of the Contract of Apprenticeship

Conducting the Test and Grant of Certificate and Conclusion of Training

What is the Commencement Date of Apprenticeship Training

Why Should Employers Encourage Apprenticeship