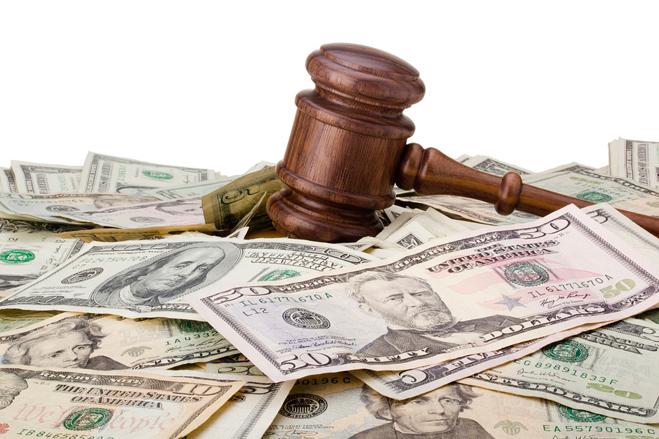 This article on the arbitrability of investment disputes in India is written by Pritishree Dash, pursuing Diploma in Entrepreneurship Administrative and Business Law from NUJS, Kolkata.

Investment treaties, as the name suggests, are treaties that are entered into with a view to making an investment by one, in the business ventures of the other. Bilateral investment treaties are agreements between states that essentially give foreign investors rights against the host state. Whenever there is a change in law or other measures essentially devalue or expropriate the investment made, the investor can raise the issue. Investing in other countries carries certain risks that vary from those in one’s own country.

The compelling question here is as to what the investor’s remedies are if new legislation in the host state makes an investment null. What happens if the property is mutilated or destroyed because of political riots in countries, such as what has taken place in Egypt, Libya and Syria? Also, what happens if there is expropriation by a host state government the investor’s business in the name of nationalisation? What happens if a host state arbitrarily revokes a license obstructing the investor from doing business in the country? Generally, there is no contractual relationship between an investor and the local government. This makes it difficult, if not impossible for an individual or company to pursue a contractual claim in the local courts. Insurance is sometimes an option for a wary company facing such risks. The costs are high and sometimes the maximum coverage is limited too. This is especially true for capital-importing countries, investments in such countries where the risks described above are a real possibility. International law might apply but is tedious to enforce. Historically, an individual or company couldn’t seek compensation directly from a host state because of a breach of international law. Instead, the individual or company had to rely on its government to take up the claim on its behalf. India has so far signed BITs with 83 different countries. According to UNCTAD, which keeps an account of the number of disputes, maintained that a total of 17 known investor-state dispute settlement (ISDS) cases were filed against India by the end of 2015. India has, in addition to this also recently entered into Comprehensive Economic Cooperation Agreements (CECAs) with several countries, including some countries like Japan and Singapore. CECAs are very comprehensive economic agreements that cover issues including investment, trade, competition policy and intellectual property rights.

When India started its BIT programme from 1994 towards the end of 2010, BITs in India did not attract much attention. In particular, little consideration was given to the dispute resolution mechanism available under the BITs; the Investment Treaty Arbitration. An important case of arbitration includes White Industries v Republic of India which held India liable for failing to ensure its treaty obligation to provide “effective means of asserting claims and enforcing rights” pursuant to Article 4(2) of the India-Australia BIT read in conjunction with Article 4(5) of the India-Kuwait BIT. During this period, India was involved in only one ITA dispute, and even this dispute did not result in an ITA award. The tribunal held that the delay in enforcing an award in favor of White Industries against Coal India was hence, a denial of the effective means to enforce its rights relating to an investment and awarded White Industries the sum of just over USD 4 million (with interest). The Indian Supreme Court decision on 2G licenses was also significant. The Indian Supreme Court cancelled 122 2G telecom licenses awarded to various Indian and foreign companies after finding irregularities in the original award process. This ruling meant that several foreign companies that owned investments in the Indian telecom sector lost the majority, or all, of their licenses responding to which many of them lodged or threatened claims against India under various investment treaties.

India constructed a draft BIT. A report regarding the same drafted by the Law Commission pointed out the deficiencies in the same. The report suggested that the draft needed to be more investor-friendly. The restrictive clauses in the BIT might deter investors from investing in India and at the same time affect the Indian investors outside. Excluding government procurement from the treaty protection would lead to the exclusion of many activities contributing substantially to the Host State’s development. Investors could be uncomfortable with such a clause containing the provision defining “control” which was also viewed as interfering with corporate freedom. The report also condemns the narrow definition of the term Investment that includes “real and substantial business” and the list of elements that constitute such business. It has added that government procurement should be included in the treaty protection because foreign investors often enter a country through the government procurement process, for example, through infrastructure projects.

The term “owned” is conflicted because whereas it has been defined to be owning more than 50 percent of the capital or funds or contribution into the company, the existing capital requirements under India’s foreign investment policy hold that where foreign investment of less than 50 percent would automatically be excluded from the protection of the treaty. What is fair in the Draft BIT is an assertion of the supremacy of the Host State in determining whether or not any conduct on its part is a subject matter of taxation and hence, its exclusion from the scope of the treaty. Unless the tax is arbitrary, the power of a state to tax exists independent of a treaty. The Draft BIT imposed specific transparency obligations on Investors. Nevertheless, the report has maintained that the Host State should be equally required to make information publicly available, including information relating to laws and regulations, administrative procedures, rulings, judicial decisions, and international agreements, as well as draft or proposed rules.

In today’s age, entering new treaties and their negotiations happen on the basis of the Model BITs released by different countries. The Model BITs must be considered as the starting point for negotiations. It depends on the country taking the deliberations forward. The new Model BIT released by the Finance Ministry varies a lot from the principles stated in the earlier one acting more on securing India’s sovereign investment rights.

Model BIT prescribes the following clauses in relation to arbitration: Disputes between the Parties concerning:(i) the interpretation or application of this Treaty, (ii) whether there has been compliance with obligations to consult in good faith under Articles 14.13 or 21, should, as far as possible, be settled through consultation or negotiation, which may include the use of non binding third-party mediation or other mechanisms. A dispute shall upon the request of either party be submitted to an arbitral tribunal when the parties cannot be settled within six months from the time the dispute arose. Such an arbitral tribunal shall be constituted for each individual case. This will be done within two months of the receipt of the request for arbitration, each Party shall appoint one member of the tribunal who shall then select a national of a third State who, on approval by the two Parties, shall be appointed Chairman of the tribunal who appointed within two months from the date of appointment of the other two members.

The Parties to the arbitration shall share the costs of the arbitration, including the arbitrator fees, expenses, allowances and other administrative costs. Each Party shall bear the cost of its representation in the arbitral proceedings. The tribunal may, however, in its discretion direct that the entire costs or a higher proportion of costs shall be borne by one of the two disputing Parties and this determination shall be binding on both disputing Parties. A tribunal constituted under this Article shall have the power to determine its own procedures.

In addition to the Model BIT, India has also introduced the Arbitration and Conciliation (Amendment) Act, 2015 (notified in the Gazette of India on 1 January 2016). This marks a significant change in the arbitration landscape of India as it seeks to restrain judicial intervention in arbitration, tackle inordinate delay and facilitate a more efficient and effective dispute settlement in India. The new law only applies to cases commenced on or after 23 October 2015, absent the disputing parties’ agreement.