This article is written by Preeti Pallavi Jena, from the School of Law, KIIT University, Odisha. This article discusses the arbitration process, mediators, arbitration of divorce in India, and its benefits.

Before the people were not that educated and they had no idea about arbitration. But in today’s world, we can see a huge economic upsurge and the literacy rate has seen growth too. Hence, the rights of the people need to be safeguarded properly.

Arbitration of family law means when a husband and wife have some issues among them they need to share it with another party who will try to solve the issue and come down to some conclusion out of it. Though arbitration of family law is not strictly prohibited to disputes relating to marriage and divorce, it’s also regarding maintaining the children, their custody, etc.

Family related laws are made in India for the religions to protect their traditions and cultures. In India, most of the people belonging to the Hindu religion follow the Hindu Marriage Act, 1955 which deals with all the matters, disputes relating to Hindu marriages. This Act can amend its laws whenever necessary. When there is a concern regarding the personal disputes of Hindus, they are dealt with by the Act Hindu Succession Act, 1956.

It is an alternative dispute resolution process. This happens when a dispute arises between two or more parties and this needs to be solved. This has been more speedy and cost-effective in the matters of settlement and preferred more by everyone since it consumes less time. In the case of arbitration, the parties opt for the dispute to be resolved in a private manner without the involvement of the court. The matter of dispute along with all its details is submitted to one or more arbitrators on a mutual agreement by the parties. The arbitrators combinedly make a decision on the dispute.

Section 11 of the Arbitration and Conciliation Act,1996 provides the appointment of arbitrators. This section gives the freedom to the parties to assign an arbitrator of any religion and nationality but that needs to be suitable for both the parties and both mutually need to agree to assign him. If the parties in the dispute don’t come to a mutual agreement on signing one or more arbitrators, then the case is handled with the help of the judicial courts.

In this case, the judgment passed put forth that the Chief Justice would be given the power to assign or appoint an arbitrator on behalf of the parties. The arbitrator assigned to the case needs to be competent enough to resolve the dispute among the parties.

Characteristics of the arbitration process

These disputes generally arise in a few years of marriage because at that point they are new to each other and cannot accept all the changes suddenly. If both the husband and wife are having different professions and are busy in their work, then they start giving less time to each other which results in problems that need to be solved. Some people believe that giving birth to a child can bring stability and can save a relationship from breaking but some also treat this as a burden because more responsibility and expenses arise which can also lead to disputes. Disputes can also arise if both are not able to deal with the habits of each other like smoking or drinking etc and do something about it.

Arbitration is a process for solving the disputes that have arisen between 2 parties who are divorcing each other. This takes place when the divorcing parties want to solve the problem in a lesser period of time without approaching or taking help from the court. This takes place in the presence of an arbitrator. He will hear both parties’ viewpoints privately not in the court. This process of arbitrator listening to both the parties is termed as an arbitration hearing. This will be done in a prescribed time period and also in a particular place that will be appropriate for the parties, this cannot be done at the sole based arbitrator’s convenience. After hearing from both parties, the arbitrator will come to a decision that will be considered and will be implied.

The parties who want to divorce will find an appropriate person for them who will deal with the problem or disputes and decide. The parties have the right to have an arbitrator who has qualifications and interests in it. These parties will have to choose a particular day and time of their hearing. In the case of arbitrators, the parties will have their own privacy and it will be less expensive.

The mediator is the person who guides and helps the parties for the divorce procedure which should be acceptable by the parties, it has no power of giving decisions, he can only be a helping hand. Mediation costs less and is done in a shorter time period. Mediators try to save the relationship between the divorcing person by helping and communicating with them. He tries to resolve the issues. Mediation delves into keeping the parties’ interests at the foremost position. But he has no right to give any legal and logical advice.

Role of arbitration in matrimonial matters in India

Yes, India deals with the arbitration of divorce for protecting the rights of the divorcing parties which may not be possible in the case of civil courts. This is the reason why arbitrators are preferred more. But here, it can be done as per the laws. The arbitrator has no right to give a divorce, he can only decide on some important things regarding the partition. There are 2 main provisions of the Code of Civil Procedure with regard to divorce arbitration in India which are:

In this section for the implementation of the 129th Report of Law Commission, the courts were said that after the problems that have arisen those are required to be framed and then these all issues need to be solved either by mediation, arbitration, or any such alternative methods. If this will be unsuccessful, and there will be a failure then the process of the court which is litigation will be considered. Hence, Section 89 gives an opportunity to the parties having disputes that they can solve without the court dealings or procedure.

The marriages within families as per The Hindu Marriage Act and Special Marriage Act are all dealt with as per the rule of CPC (Code of Civil Procedure). An amendment had been made in the CPC for the family matters in 1976, which provided permanent settlements in the matrimonial proceedings.

Difference between arbitration and mediation

In the case of arbitration, the arbitrator makes the decision and hears the parties. It is somewhat like a trial but held outside the court whereas, in the case of meditation, it is a negotiation procedure that happens with the help of another person. Mediators have no right to give decisions or orders to the parties, it can only help them to come to a solution by settlement among them by communicating with each other. Here, the mediator can meet the parties separately but this does not happen in the case of arbitrators. The arbitration process is quite formal as compared to the process of mediation. The mediator discusses with the parties the issues and tries to suggest an appropriate solution to the parties which will be beneficial for both the parties but arbitrators give a final decision and that needs to be agreed and accepted by both parties. Generally, people first prefer to go to the mediator and if the issue is not settled there then they approach the arbitrator for a better decision.

In India, for getting justice sooner, we all prefer the ADR mechanism rather than litigation. This is because it reduces the cost efficiency and also requires less time for resolving any matter and on top of that, it is carried out privately. This is preferred as an easy way, without having many conflicts. The disputes can be solved in a peaceful manner. This process makes the parties come to a conclusion and agree to a point for resolution.

The ADR is of four kinds:

The need for alternative dispute resolution

The filing of cases is increasing day by day and as we know that our judicial procedure is quite slow, hence there are a lot of pending cases in the courts that need to be solved. This is why the Chief Ministers and Chief Justices of India in 1993 said to adopt the ADR methods for more flexibility and the court will be with less burden as per the whole justice system.

There is a delay in the judicial process due to which many families suffer even after our courts are well organized and have more value. It creates inconvenience to the divorcing parties. There is a need for ADR because it is less expensive and saves more time and they try to solve the problems between the parties and lead to a satisfactory decision that will be suitable for both.

When a party demands arbitration, he needs to appoint an arbitrator for him by discussing and mutually agreeing with the other party. Then they need to provide adequate fees required or asked for by the arbitrator, then he initiates the process by giving sufficient time for responding. Then both parties can start giving the dispute resolution form to him.

Opting out from undergoing arbitration in India

Yes, it is a voluntary process and is not attached to any rules or bindings. Since the parties have the sole right to assign an arbitrator for themselves. They also have the right to stop this and go for the judicial process if they want to. It fully depends on the parties what they want to do.

Parties leave the arbitration process because after one or two times of presence of the arbitrator the cost that needs to be given to the arbitrators by the parties keeps on increasing. They find it as a disadvantage and leave it in the middle.

The increasing amount of disputes and fights that are held among parties are because of the absence of awareness of alternative resolution techniques. Much more awareness needs to be made in the public in front of people for resolving these issues regarding the matters of divorce. For every problem or personal issue that has arisen between the parties, divorce is not always the solution or the right decision of approach. Whereas resolving it will be a great help. If a relation can be solved by some sort of communication, by taking help from another person then why not. This Act of Arbitration and Conciliation 1996 helps to resolve disputes by arbitration. Alternative Dispute Resolution Centers have to be created in every area and this motivates people to approach the court as only if there are no other alternative techniques. 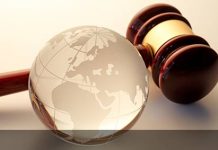 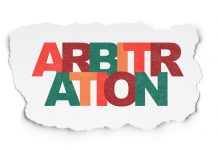 A guide to drafting the Statement of Defence in arbitration proceedings 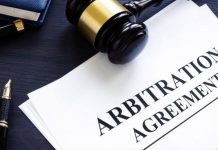