This article has been written by Adv. Aditya Gaggar. 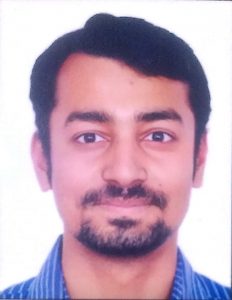 [The following article that sought to explain the true nature of Article 370 and Article 35A and the consequences following their repeal, was written prior to their abrogation on 6th August 2019 vide the Constitutional Order No. 273. However, the explanation and the reasoning therein continues to remain relevant in the following days as the national conscience carefully weighs the pros and cons of the controversial move and prepares to witness the ultimate constitutional challenge as it unfolds before the Apex Court.]

Status of Art. 370 – Temporary or Permanent?

As the title of the Article suggests Art. 370 is a special provision for the State of Jammu and Kashmir granting special status to that state. There should however not be an iota of doubt in anyone’s mind that the said provision was always meant to be a temporary provision. The same is evident from the fact that the very title of the said Article begins with the words “Temporary provisions…”. This is further corroborated by the fact that the said Article finds place within Part XXI of the Constitution i.e. “Temporary, Transitional and Special Provisions”. The fact that the word used here is ‘and’, not or, suggests that all the provisions within the said part are meant to be temporary and transitional besides being special.

Historically speaking, this provision was drafted in 1947 by Sheikh Abdullah, who had been appointed prime minister of Jammu & Kashmir by Maharaja Hari Singh and Pandit Jawahar Lal Nehru. Even at that time Sheikh Abdullah had argued against placing of Article 370 under temporary provisions of the Constitution as he wanted ‘iron clad autonomy’ for the state, however the Centre stood their ground and didn’t not relent.

However, despite the aforementioned clear wordings within the constitution, the High Court of Jammu and Kashmir in its final order and judgment dated 09.10.2015 in Ashok Kumar and Ors. v. State of J&K and Ors. (SWP No. 1290/2014 and MP No. 1685/2014) held that the said provision has now become a permanent provision of the Constitution since it cannot be abrogated, repealed or even amended as mechanism provided under Clause (3) of Article 370 is no longer available.

The very first provision of Art 370 i.e. Art 370 (1)(a) states about the non-application of Art 238 in relation to the State of Jammu and Kashmir. This provision itself suggests that the said Article has indeed become obsolete since the referred Art 238 has already been repealed way back in 1956 by the Constitution (Seventh Amendment) Act. Therefore the said provision is infructuous and invites for a long due amendment/repealment of Art 370.

The second provision of Art 370 i.e. Art 370 (1)(b)(i) and (ii) is the heart and soul of the said Article. This part of the Article bases itself upon the Instrument of Accession and restricts the power of the Parliament only to such subjects in the Union and Concurrent List which in consultation with the Government of the State are declared by the President to correspond to such matters specified within the Instrument of Accession with respect which the Parliament may make laws. It is submitted that this provision is highly discriminatory and goes against the basic structure of the Constitution of India in as much as it takes away the residuary powers of the Central Legislator and vests the same with the State Legislature. It further leaves the interpretation of the Instrument of Accession solely within the domain of the Government of the State of Jammu and Kashmir giving the Government of the State of Jammu and Kashmir unbridled power extending even to restricting the right of people domiciled elsewhere in India (even when such people are not its subjects) and therefore also impinges upon the sphere of the independent judiciary which is the guardian of the Indian Constitution. It further tends to make the Indian Constitution subservient to the Instrument of Accession and really the will of the Government of the State rather than the other way around. This is completely against the fabric of the federal structure and separation of powers as envisaged within our constitution.

The third provision of Art 370 i.e. Art 370 (1) (c) is a savings provision which iterates the applicability of Art 1 to that State as well. However, in my humble opinion, this is more of a saving face provision.

Thus the provisions under Art 370 are unique in the sense that no other State Government has been given such wide ranging extra-territorial powers as to override or bypass the will of the parliament and to do such things almost unilaterally that adversely affects the rights of not just its own subjects but also the rights such citizens of India who are domiciled and resident elsewhere throughout the territory of India by amending the Constitution. It is these powers that are ultra-vires to the Federal framework and Basic Structure of the Constitution.

Implication of absence/repeal of Art. 370

According to Art. 370, except for defence, foreign affairs, finance and communications, Parliament needs the state government’s concurrence for applying all other laws. Thus as of today, the state’s residents live under a separate set of laws, including those related to citizenship, ownership of property, and fundamental rights, as compared to other Indians. Therefore logic dictates that a direct effect of the repeal of the said Article would entail that the complete set of laws as applicable elsewhere in India shall immediately come into effect in the state of Jammu and Kashmir as well.

As an indirect result of Art. 370 (and a direct result of Art. 35A), Indian citizens from other states cannot purchase land or property in Jammu & Kashmir. The Centre presently has no power to declare financial emergency under Article 360 in the state. Thus, an emergency can declare in the state only in case of war or external aggression. The Union government can therefore not declare emergency on grounds of internal disturbance or imminent danger unless it is made at the request or with the concurrence of the state government. This impediment would also be removed by the repeal of Art. 370 thereby giving the Centre a better handle to control the deteriorating situation especially with regard to the continued rise of Islamic terrorism and insurgency from PoK into the valley. It might even remove the need for Armed Forces Special Powers Act in the State, in the long run.

While Article 370 itself is gender neutral, the definition of Permanent Residents in the State Constitution — based on the notifications issued in April 1927 and June 1932 during the Maharajah’s rule — are thought to be discriminatory. The 1927 notification included an explanatory note which stated: “The wife or a widow of the State Subject … shall acquire the status of her husband as State Subject of the same class as her Husband, so long as she resides in the State and does not leave the State for permanent residence outside the State.” This was widely interpreted to mean that a woman from the State who marries outside the State would automatically lose her status as a State subject. However, in October 2002, the full bench of J&K High Court, with one judge dissenting, held that the daughter of a permanent resident of the State would not lose her permanent resident status merely upon marrying a non-permanent resident, but would continue to enjoy all rights, including those pertaining to inheritance of property. However, this judgment may be subject to modification as the matter is sub-judice pending appeal in the Supreme Court.

Structure of Art. 35A

What makes this provision particularly discriminatory is that unlike domicile which can be acquired over a period of time, ‘permanent resident’ status is hereditary being linked to ancestry and therefore cannot be acquired. It is submitted that this Article is unconstitutional as it hits squarely at the fundamental and inalienable right of freedom from discrimination based on race or place of birth as enshrined within Article 15 of the Constitution of India. It is further submitted that Article 15 being a part and parcel of ‘basic structure’ of the constitution cannot be abrogated by Art. 35A. This Article in fact has been a constant impediment to the integration of the State with the Union of India and therefore goes against the principle of fraternity as clearly stipulated within the preamble to the Constitution of India by promoting regionalism which hinders the unity and poses as grave threat to the integrity of the nation.

Without Art. 35A, there would be no different class of citizens one being permanent residents and the other not being permanent residents. In the absence of this provision, all the citizens residing in the state shall be treated as equal in the eyes of the state. There shall be no discrimination by the State Government in employment and everyone shall be eligible to receive scholarship or other forms of aid whenever they are able to satisfy the other criterions for the same. There being no impediment to the settlement and acquisition of immoveable property within the State of Jammu and Kashmir, other citizens of India shall be able to freely relocate to the State ensuring cross-transmission of culture and greater integration of the state and its people with the Union of India and its other citizens.

All this philosophical evidence as well as the geographical evidence that we are well aware of clearly indicates that obviously, Kashmir is not an island that may be surrounded by water on all sides and therefore must be connected with a bridge but rather is a valley separated from the mainland by a mountain like barrier that must be removed. Much in the same way that the Pir Panjal/Banihal Tunnels have physically connected the nation to the state, Art. 35A must be removed to emotionally and psychologically connect the state to the nation.

The Hon’ble Supreme Court has infact taken a step in that direction in its recent observations in the case of State Bank of India v. Santosh Gupta and Anr. (2017) 2 SCC 538 where it has categorically ruled as incorrect any description of Jammu and Kashmir as “being sovereign in the sense of its residents constituting a separate and distinct class in themselves.” In this regards the Hon’ble Supreme Court quite rightly chose to remind the Hon’ble High Court that the permanent residents of Jammu & Kashmir are first and foremost citizens of India and that unlike some other federal Constitutions, the Indian Constitution does not contemplate dual citizenship.

While overturning the Hon’ble High Court’s judgment, the apex court opined that “the High Court judgment begins from the wrong end and therefore reaches the wrong conclusion” in that it states that “the State has absolute sovereign power to legislate in respect of laws touching the rights of its permanent residents qua their immovable properties,” in terms of Section 5 of the Constitution of Jammu & Kashmir.