This article is written by Ashish Sharma of Rajiv Gandhi National University of Law, Patiala. The author discusses the future and prospects of Artificial Intelligence.

In today’s progressing technology savvy world, artificial intelligence (AI) has been gaining intense and widespread momentum. The artificial intelligence systems with the incorporation of complex technologies are capable of making astounding inventions in a matter of time. AI-enabled software systems have transgressed their ability to perform simple calculations to creating complex creative works such as poetry, art etc. This poses the question that whether these works are also capable of affording special status under Intellectual Property Rights Law like any other work produced by a human being.

What is Artificial Intelligence

In our common saying, AI is the ability of a computer system to take the decision on its own. According to Mr. John McCarthy, artificial intelligence basically is the notion of a program, processing and acting on information, such that the results are parallel to how an intelligent reasonable man would respond in response to similar input. However a few years later of the introduction of AI technology, the question arises whether the output rendered is the result of its own intelligence or of its creator. Artificial intelligence systems gathered the attention of the legal authorities when computer work was denied copyright by Registrar of Copyrights on grounds of indeterminate legal status.

Copyright is a legal right or an intellectual property right granted to creator of original work, allowing him or her exclusive rights for distribution and use. Generally, two essentials features are to be fulfilled by the work to come under the ambit of copyrights. They are:

Copyrights are generally given for the artistic and literary works. Since creation of literary works is one of the contemporary areas of AI’s applicability, so the study of copyright in light of Artificial intelligence becomes relevant. The understanding of the same can be done through the following case laws:

The court in this case clearly differentiated between the work of the human and something artificial. Justice Holmes in this case, with the majority explained the uniqueness of human personality and demanded the same as the important thing to be eligible for a copyright. The court in this made its stand clear by using the word “something irreducible” which meant that there was no scope for anything to be granted copyright which was not a product of human’s creativity.

In this case, the court witnessed a softer approach towards giving the copyrights. The Court held that for the work to be original, it must not be fully copied or plagiarized from other artistic works. The court even held that any accidental variation may be claimed by an author as own. Therefore this judgement gave the right to claim copyright of the output generated through the AI system as they are not copied. This clears down the ambiguity of stance that prevails around the grant of protection to works of AI systems. However, the lack of definitive stance also affects the right of holders.

The debate regarding the ambiguity of stance continues even after the various judgements. The National Commission on New Technological uses of Copyrighted Works in its report stated that, “the capacity of AI with capacity to create independent work is not practical it is theoretical. The Office of technology Assessment had a completely different stance and suggested that, “AI works can be considered as legitimate co-authors of copyrighted works”.

Lovelace one of the sharp critics against grant of copyright propounded that machine lacks creativity because of bounded behaviour. The logic of her argument that creativity is something which does not follows the usual routine. In one of the case the Court was faced with a question whether the work can be registered in the name of Jesus and held that non-human nature of the source of a work cannot be a bar to copyright. The judgement favoured granting protection to the work done by AIs as they are non-human in nature.

Countries like England, New Zealand favoured the creator in such a case. The major problem in the present system is that who would bear the criminal liability of AIs. According to the current stance, the criminal liability falls upon the creator or programmer despite his actus reus and mens rea. Therefore the present law requires some immediate consideration for removing the loopholes.

As previously illustrated, AI systems are often used in every field to simply and executed the basic functions and reduce human effort which increases the interaction between AI and patent laws in the technological world. The huge development of AI systems from a technological viewpoint poses a new and challenging question from a legal point.

A patent is an especial right granted to an invention. The invention can be understood as any process or product, which provides novel way to the users of performing any action, including something which offers new way of solving technical problem. Anyone holding such an exclusive right is entitled by law to exclude others from selling, making or even using the invention patented for a limited term.

Therefore such right leads to the guaranteed monopoly to the benefit of the original inventor. The result and functions which are performed by the AI-enabled systems are ultimately the outcome of the human cognitive application process.

Under United State current law, an inventor is an individual or group of individuals who discovered the subject matter. This definition eliminates the inferences which support the premise that the U.S. sought to include inventions or possibility of inventions being made by anyone besides humans. However, the increasing AI systems involved in the invention process demands legal perusal. European Union attempt to encourage the nations to expand their national laws to accommodate the copyrightable work produced by computer and other devices under the category of intellectual creation can be witnessed as a faint perusal.

The European Parliamentary Committee noted that attention to patent rights is required particularly speaking of AI systems as it can be easily forecasted that in times to come AI systems could surpass the human intelligence in terms of performing functions and can pose challenges to the present system.

The autonomy enjoyed by such systems allows them to perform functions without any human intervention and allow these machines to be employed at an early stage which can help in making a new discovery.

The three factors an invention should hold to be eligibility to grant patent are:

The artificial intelligence technology must advance to equip systems with human-like intelligence so that judgement on new situations can be easily made them. Furthermore, the Court in Bilski v Kappos denied patents to program simply because what they perform is mechanical and not inventive.  This is important because AI primarily runs on computer programs devised to perform certain functions.

However in countries like India where rigid requirement of computer programs in addition with novel hardware being eligible for patent can be removed, if AI-enabled systems create software which entails practical utility but perhaps it should be capable of industrial application to pass the patent test. Current laws and guidelines on a general note to be streamlined in a manner which allows invention by AI to be granted patents. 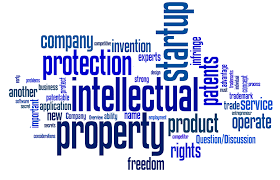 Inventions consist of many important elements in determining whether patent should be granted or not and also certain requirements are to be fulfilled when one is to be classified as an inventor. In United States for something to be understood as an outcome of invention, it must go through the stage of conception. According to which a permanent idea has to be conceived in the inventor’s mind before putting a thing into practice. If something is developed not based on conception then such a thing cannot be termed as an ‘invention’ and as a result, also a person cannot be termed as an ‘inventor’.

The most persuasive reason argument behind the inclusion of AI’s in ’inventor’ category is the abolition of ‘flash of the genius test. Even there can be a collaborative invention which would acknowledge both the computers and human parts as inventors. But this cannot be applied because of the lack of legal personality of the computers under the present law. As patents are provided to attach honour to the invention and protect the rights of the inventor.

The opponent of the idea of providing patents to the invention of AI’s systems put forward that computer lack of such attachment makes them incapable of having strong opinions regarding the use of their invention which defeats the purpose of granting patent protection.

The current phase of law regarding artificial intelligence is problematic where recognition of work generated by AIs is under ambiguity. So there is a need of some rigid, proper, structured and clear legislative rules to ameliorate the problem. With the widespread usage of artificial intelligence techniques in every day to day life there arises an immense need of implementing the proper guidelines urgently in the country.