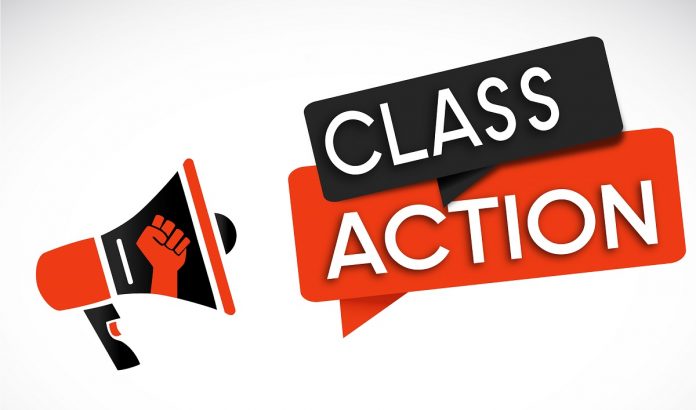 On bifurcating the term class actions suits, three separate words are derived. ‘Class’ implies a set or category of things having some property or attribute in common. ‘Action’ means the fact or process of doing something and ‘suit’ is a generic term used for any filing of a complaint or petition asking for legal redress by judicial action. Hence, when a number of people, feeling aggrieved and having common interest/rights/grievances collectively file a single suit against the same defendant that caused similar harm/injury to the entire group of individuals, then it is termed as class action suits.

Class action suits are also recognised by the term multi-district litigation or mass-tort litigation. In legal parlance, when one or more than one plaintiff on behalf of a large number of aggrieved individuals either files a suit or defends it, then such suits/cases come under the ambit of class action suits. The rudimentary objective behind the introduction of class action suits was to secure the interest of minority shareholders. Thus, the class action suit works as a medicine for abusive and arbitrary conduct of the management of the company. In a class-action suit, the value of the claims of the individuals is summed up. Furthermore, claiming as a group assists in combining the counsels, evidence, witnesses, and other crucial facets of the litigation.

All about class action suits

All the provisions of class action suits enabling affected shareholders were incorporated under Section 245 and 246 of the Companies Act, 2013. Most of the provisions of the Companies Act in India have been adopted from the relevant laws applicable in the US and UK. The concept of the class action suit is also one of them. These enabling provisions allow not only the members but also the depositors to approach the National Company Law Tribunal (‘NCLT’) in case if they consider that the affairs of the company are being conducted in a way that is detrimental to the interest of the company and its shareholders. Class action suits are also relatable to representative suits. The representative suits find a place in Order 1 Rule 8 of Code of Civil Procedure, 1908. The same is discussed at length below.

“X’ is a real estate company. Its main function includes helping clients in purchasing, selling, and managing things related to real estate. “X” company introduced a project wherein it invited investors to invest in huge numbers. The project involved purchasing land and plotting buildings/houses on it. Approximately, 235 individuals invested their hard-earned money in this project of X company. However, the X company failed in completing the project timely. Following this, X company became negligent in returning the said amounts. This led to the creation of a ruckus among investors (now creditors) seeking the return of their invested amounts. Later, Y, one of the aggrieved creditors, with the leave of the court filed a suit on behalf of himself and all other creditors. Here, Y filed a class-action suit on behalf of all other creditors as all creditors shared a common interest. This also avoided the multiplicity of suits.

Who can file class-action suits?

As per the Companies Act, 2013, Section 245 empowers two classes of persons to file class-action suits on behalf of the members or depositors before the Tribunal:

Against whom can a class action suit be filed?

A class-action suit can be filed against:

When can one file a class action suit?

If the member/(s), the depositor/(s), or any class of members or depositors believes that the management or conduct of the affairs of the company is being conducted in a manner prejudicial to the interests of the company or company’s members or depositors, then in such case an application may be filed before NCLT. According to Rule 84 of NCLT (First Amendment) Rules, 2016 such application is required to be made in Form No. NCLT9 and a copy of the application shall be given to the company against whom such an allegation is made, respondents as well as people whom the tribunal may direct.

The application under Section 245 of the Companies Act, 2013 may be filed before NCLT for seeking any of the following orders:

To claim damages or compensation or demand any other suitable action from or against:

According to Rule 84 of NCLT (Second Amendment) Rules, 2019, for a company having a share capital, the requisite number of member or members to file an application under sub-section (1) of Section 245 shall be –

B. One hundred members of the company,

Whichever is less; or

2.  A. Member or members holding not less than 5% of the issued share capital of the          company, in case of an unlisted company;

B. Member or members holding not less than 2% of the issued share capital of the company, in case of a listed company.

(b) One hundred directors of the company,

whichever is less; or;

2. Depositor or depositors to whom the company owes 5% of total deposits of the company

A brief background of the case

The aftermath of the scandal

Some of the aggrieved investors approached the National Consumer Dispute Redressal Commission (NCDCR) and Supreme Court. However, their claim was rejected due to the absence of any relevant law to deal with it. It is pertinent to mention here that these aggrieved class of investors who approached the NCDCR to pursue the litigation on behalf of all other investors actually claimed for class action suits. However, at that time, no such provision regarding class action suits was available in India.

Thereafter, Indian shareholders filed a petition before NCDRC. However, the claim was rejected. Again, the appeal was made before the Supreme Court, but the decision was the same. The auditors of Satyam Company, namely, Price Water Coopers (PWC) were questioned on their involvement in the scandal. However, PWC India failed in detecting the fraud committed in the financial accounts of the company. Moreover, the board resolution was altered and loans were issued illegally. The amounts received from the American Depository Receipts were not mentioned in the balance sheet. Hence, PWC India was alleged to overlook 1.4 billion dollars, as claimed by the company in its balance sheet as “non-interest-bearing.”

Satyam Computers and Price Water Coopers claimed that the place of scandal should be India. India was the place where the case must be heard and decided upon for forum non-conveniens. Consequently, the issue that came before the court was whether India was suitable for dealing with such suits involving investor class action and whether laws in India can deal with such a measure.

It was held in the judgment that India was not a suitable place for filing class-action suits. This statement was further supported by the below-mentioned justifications:

As such no provision of class action suits was present in India due to which no compensation was provided to the investors. However, in the US, a sum of 125 million dollars was paid as compensation by Mahindra Satyam to United States investor Tech Mahindra, which overtook Satyam, was directed to settle all pending litigation with the investor that claimed loss due to depreciation in the value of the share. Thus, after the Satyam case, it is quite evident that the need for the introduction of class action suits was so pressing and critical in India.

As already discussed, when there was no provision available concerning the class action suits, the aggrieved shareholder possessed the following redressal alternatives:

However, the aforesaid alternative had its own set of lacunas. The first being that the suit filed for oppression and mismanagement is limited only to provide a substantive right to the aggrieved shareholders. On the other hand, the extent of class action suits is only providing a procedural means for substantive relief. Hence, the shareholder did not have appropriate provisions along with an appropriate forum for redressal of its grievance.

Now, filing a representative suit under Order 1 Rule 8 of the Code of Civil Procedure, 1908 seems to be the most relevant option. However, the civil courts do not possess the power in resolving cases where the statutes bar the jurisdiction. Thus, even this option is not relevant. It was also held in Kesha appliance v. Royal Holding Services Ltd. 2006 that Indian securities law is one of the areas in which civil courts have no jurisdiction and is barred by SEBI.

The concept of Public Interest Litigation was evolved by the Indian courts. Either the Public Interest Litigation is commenced by the court’s  suo moto action or by public-spirited individuals who symbolise a class/category of individuals. A PIL is filed against the state or public authorities. It can be filed either in the High Court under Article 226 or in the Supreme Court under Article 32 of the Constitution of India 1950.

A complaint can also be made under the Consumer Protection Act. However, depending on the value of the claim, the aggrieved can file before the:

The name of the company i.e. “Satyam” in Sanskrit means truth. However, ironically the company was far from practicing any truthful activities. Instead, the company was indulged in misrepresenting the financial statements and committing fraud. Thus, one must keep in mind that whenever the promoters of the company sell their shares, then, as a shareholder/investors, we must check the reason behind such sale. After this case, there has been a drastic change in Indian statutes not only with the introduction of class action suits but also regarding the responsibility of auditors. Henceforth, the auditors are mandatorily required to take caution and care while certifying an account.

Satyam has been awarded the “Golden Peacock Award” for the best-governed company in the years 2007 and 2009. Hence, the company from being India’s IT “crown jewel” as well as the country’s “fourth-largest” company having high-profile customers, to be now known by a renowned corporate scandal case have made us all ponder upon certain points before investing in a company: 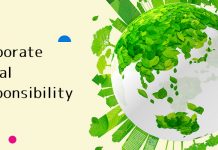 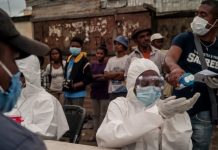