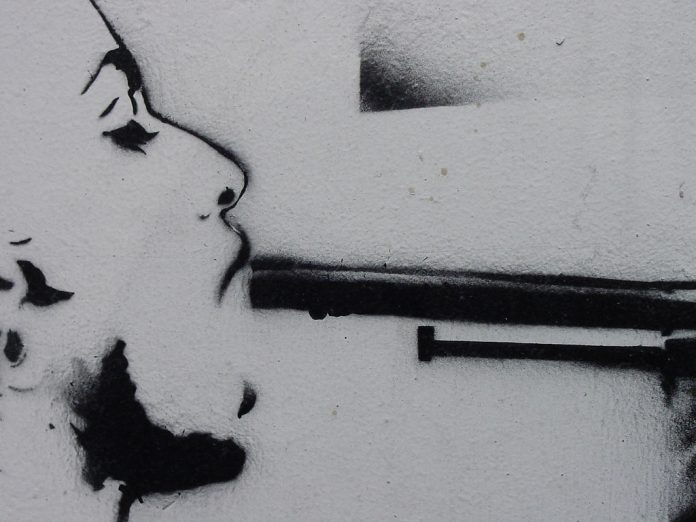 In this article, Karan Singh of Jindal Global Law School discusses the punishment of attempted suicide.

Suicide is a permanent solution to a temporary problem- Phil Donahue

This section interprets that State has a duty to save person lives as they are valuable to them. The state is under the obligation to protect them and prevent them from dying.

Depression is the No.1 occupational disease of the 21st century says WHO. Around 49% of people under stress suffer from nausea or stomach upset. 71% people cry regularly because of stress. And over 50% of the world’s children are brought up in stressful conditions says UNESCO. 72% of students in India are unaware of how to deal with stress and its ill effect.[2] In 2015, the number of students suicides stood at 8934. In the 5 years leading to 2015, 39775 students killed themselves. India has one of the world’s highest suicide rates for youth aged 15 to 29, according to a 2012 Lancet report.[3] For this, we have to understand the reasons for suicide among every group of people.

In India, people attempt to suicide for many reasons. It can be anything like depression, mental illness, financial difficulties, bullying etc. But every reason leads to one thing that is depression. “If a person is sad for more than 2 weeks, then it can lead to depression”- said by Dr. Solanki. Depression is the leading cause of suicide[4]. Suicide can be prevented easily if government works for the victim and the society.The government can effort treating the mental disorder by providing proper institutions for people who are depressed or who are mentally ill.

Constitutional validity of Right to Die

The constitutional validity of Right to Die under Article 21 came before court many times. Article 21 of the Constitution of India states “No person shall be deprived of his life or personal liberty except according to procedure established by law.”

Again in P Rathinam v Union Of India[6] a Division Bench of Supreme Court supporting the decision of the High Court in State of Maharashtra v Maruti Shripati Dubal held Article 21 unconstitutional and held that right to life does include right to die as well.

However, this issue again raised before the Five-Judge Bench Supreme Court in Gian Kaur v State of Punjab[7]. In this case, the supreme court overruled the decision of P. Rathinam case and held that Right to life does not include Right to die in Article 21 and hence Section 309 of IPC is constitutionally valid.

Supreme Court held that Right to life does not include Right to die as life and death are inconsistent with each other. Any aspect which dignifies the life may be included but not that which extinguishes it.

How Attempt to commit suicide is decriminalized

Upon considering the recommendation of the Law Commission Government of India passed the new healthcare bill that was introduced in 2013 seeks to decriminalize suicide and make access to affordable mental health institution a right for all. This was introduced in Rajya Sabha which states that the acts of suicide will not be criminalized and those attempting suicide would be treated as mentally ill. This Bill seeks to provide better health care facilities for the people who suffer from depression or mental disorder and also who tries to commit suicide. Section 124 of the Medical Health Care Bill states “Notwithstanding anything contained in Section 309 of the IPC, any person who attempts suicide shall be presumed, unless proved otherwise, to be suffering from mental illness at the time of the bid and shall not be liable to punishment under the said section”. The presumption is raised by the court now that if a person has attempted to take his own life then he must be under some mental stress or depression unless the contrary is proved.

Before this bill, attempt to commit suicide was punishable under Section 309 of IPC but after the health care bill only counseling and help is the remedial procedure and the punishment has been done away with because a person already under stress would be fearful of the punishment. He will have to undergo the remedy if in case he gets saved in his attempt to commit suicide.

This bill decriminalizing suicide and prohibiting electroconvulsive therapy: This section effectively decriminalizes suicide attempts i.e Section 309 of IPC by making it non-punishable. Electro Convulsion Therapy will be allowed only with the use of anesthesia and is not allowed for minors.

However, in 210th Law Commission Report on Humanization and Decriminalization of Attempt to Suicide, stated that attempt to suicide is because of a mental disease that deserves treatment and cares rather than punishment for that offense.

In Aruna Ramchandra Shanbaug v. Union of India & Ors[8], Supreme Court stated that although 309 of IPC has been held constitutionally valid in Gian Kaur’s case. After the Aruna Shanbaug’s case, Parliament introduced this bill. But in the year 2016 section 309 was deleted by the parliament. A person attempts suicide in a depression need help rather than punishment.

Present Situation Of Section 309 of IPC

Presently, the punishment is waived off and Section 309 of IPC has been decriminalized. This does not mean to promote suicide, it is to help the people who are suffering from depression or mental disorder. It’s a decade-long argument about the right to die should be constitutional or not. Arguments that favor of decriminalization of section 309 was that it is a monstrous act to inflict further suffering of a man who is already in depression that he decides to end his life. It is unjust to inflict punishment on such a person. This act of decriminalization of the offense is not an invitation or encouragement to attempt to commit suicide. It is to treat them with care and not punish them further.

Does Hunger strikes comes under suicide

The case of Irom Sharmila Chanu. In the state of Manipur in northeast India, a young poet named Irom Sharmila Chanu began to fast in November 2000. She is on hunger strike for more than 14 years but still, she doesn’t want to eat anything. This can be a case of suicide. Even after her released, she continued her fast which forced the court to arrest her again. The court order also came at the time when the government was seeking for decriminalizing suicide attempt. The only solution would be to give her to her relatives. She needed help rather than punishment. Her strike was for some cause and not to kill herself. The government should give her medical attention rather than jail.[9]

From the above discussion, the Indian Penal Code should be amended timely to make it clear so that it can work properly in modern criminal code. amendments and repeals are necessary to bring the provisions of the Indian Penal Code in tune with the current scenario. Thus, the aim of the legislature should be to evolve the provision with the time. Section 309 was inserted in IPC long back but now the situation of suicide is turned and legislature have rightly decriminalized it. Thus in no case, does punishment serve the purpose, it only makes it worst for the person who is suffering already. Hence, punishment for an attempt to commit suicide is removed by the legislature.