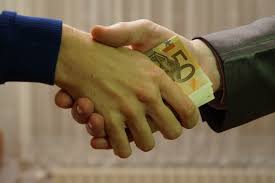 In this article, Ashwini Gehlot of Institute of Law, Nirma University, Ahmedabad discusses how to file an effective complaint before the vigilance department against a corrupt Government officer.

The Vigilance Bureau has been empowered to inquire into allegations against all public servants, as defined under the Prevention of Corruption Act, 1988.

The objective of the vigilance is to make sure that decisions are taken by the officers and workers to the best advantage/interest and without being unduly affected by personal supports or fears and different considerations.

Further, effectively tending to open public corruption is fundamental for the reasonable acknowledgment of economic and social rights.

The productivity of vigilance department/office can be ideally utilized only if an aggrieved individual or person possessing substantial information of corruption knows, how to access the department/agencies in a prescribed way.

The detailed methods of accessing the departments/agencies have been depicted in Central Vigilance Act 2003 and connected manually at the central level and different subservient state legislation/office notice for state-level associations.

The Central Vigilance Commission was set up by the GOI by its Declaration/resolution dated 11.2.1964 following the suggestion made by the Committee on Prevention of Corruption (prominently known as the Santhanam Committee). The Commission goes about as the pinnacle body for practicing general superintendence and control over vigilance matters in administration and honesty in public life.

In compliance with the judgment of the Hon’ble Supreme Court of India in Vineet Narain and others Vs. Union of India, the Commission was accorded statutory status with effect from 25.8.1998 through “The Central Vigilance Commission Ordinance, 1998”[1].

Since the CVC Bill was passed by the House of the People and was pending before the Council of States and since the CVC Ordinance, 1999 was to expire on 5th April 1999, the Government of India (Department of Personnel & Training) passed a Resolution (dated 4th April 1999) to continue the Commission beyond 5th April 1999. Thus, the Commission would continue to discharge its duties and exercise its powers under this Resolution.[2]

At Central level, the CVC Act mandates the appointment of CVO (Chief Vigilance Officers) in the secretariat department and vigilance officers in the directorates, public undertakings and autonomous bodies to play an extremely crucial part in the task assigned to the Commission.

Further, essential duty regarding maintenance of integrity, purity and productivity/efficiency in the association vests in the Secretary of the service/ministry or the leader of the department or the CEO of the PSE (public sector enterprises)

Such authority, in any case, is availed by an officer called the Chief Vigilance Officer (CVO) in the discharge of his vigilance functions. The CVO works as a special subordinate (supporter)/assistant/consultant to the CEO and reports specifically to him on all issues related to vigilance. He heads the vigilance department of the association concerned and gives a connection between his association and the central vigilance commissioner and his association and the Central Bureau of Investigation.

Furthermore, it has been given that enormous divisions/organization ought to have a full-time CVO, i.e. he should not be loaded with other duty.

In the event that it is viewed as that the CVO does not have full-time vigilance work, he might be endowed with such functions that fill in as input to vigilance activity e.g. review and inspections.

The work connected with security and vigilance, ought not to be given to the CVO as all things considered, the CVO would discover almost no time for efficient performance of vigilance function.

Besides, with a specific end goal to be effective, he should ordinarily be an outsider designated for a fixed tenure on nomination terms and should not be permitted to get retained in the association either during the currency of delegation period or on its expiry.

Hence, it can be said that the CVC functions as an organization for practicing control and general superintendence over, vigilance matters in organization and integrity in public life to the extent government servants working at the disposal of the central government or representative of central PSU are concerned.

What Is A Vigilance Angle?

The Chief Vigilance Officers (CVOs) in the associations have been appointed to decide upon the presence of a vigilance angle in any case, at the time of enlistment of the complaint. Once a complaint has been enrolled as a vigilance case, it should be dealt as such till its conclusion, regardless of the result of the investigation. Despite the fact that detailing of an exact definition is impractical, for the most part, such an angle could be perceptible in cases described by:

(i) commission of criminal offenses like acceptance and demand of unlawful satisfaction, fraud, possession of disproportionate assets, cheating, forgery, abuse of official position with a view to getting the financial advantage for self or for some other individual; or

(ii) inconsistencies reflecting adversely on the honesty/integrity of the public servant; or

(iii) lapses including any of the following;

There are different ways to file a complaint in vigilance department, before going into this discussion it is important to understand that the right of a private individual to register a complaint against a corrupt public servant is a crucial and vital right. And when a private citizen in respect to this particular issue approaches a vigilance department, the main question is not just a vindication of individual grievance of that citizen, but also the question of delivering regularity in the society.

In India, you can file corruption complaints with at least three government-established bodies. Two of these three—the Central Vigilance Commission and the Central Bureau of Investigation—work in tandem.[3]

First, there is the Central Vigilance Commission (CVC). Established in 1964, this is a central level body.[4] it is the ‘Designated Agency’ which receive written complaints about revealing any allegation of corruption or misuse of office and suggest suitable action.

In such manner, the Commission, which will acknowledge/accept such complaints, has the duty of keeping the identity of the complainant concealed. Henceforth, it is informed to the public that any complaint, which is to be made under this declaration ought to conform to the below-mentioned perspectives.

The commission in its full capacity will try to protect the identity of the person but in case of any clarification the commission will get in touch with the complainant.

The Commission can accept complaints against the following employees:

People can file a complaint through mail or letter and can also register it online.

Secondly, in the next stage, CVC conduct its investigation through Central Bureau of Investigation (CBI). and CBI can also take complaints independently.

People can file a complaint through e-mail, post, fax or by a phone call and even on CBI website.

And last but not the least there is the state level  Anti-Corruption Bureau (ACB). Every state has their own ACB and has their jurisdiction restricted to their respective states and they only register or we can say accepts complaints against employees of state government. To avoid taking actions against central government and also to avoid copying/duplication of work. The bureau register complaints in disproportionate possession/assets case. It also lays traps to catch bribe-takers red-handed.

[2] Cvc.nic.in. (2017). VIGILANCE MANAGEMENT IN PUBLIC SECTOR ENTERPRISES AND THE ROLE AND FUNCTIONS OF THECVC. [online] Available at: http://www.cvc.nic.in/sppse.htm [Accessed 8 Jul. 2017].

[3]How to file a complaint against the corrupt,DNA,Aug,28,http://www.dnaindia.com/india/report-how-to-file-a-complaint-against-the-corrupt-1881149