This article has been written by N. Pradhan, Indian Revenue Service Officer. In this artice the author discusses about “Are Findings Recorded by The Constitutional Bench of The Supreme Court In Civil Case Binding On Pending Criminal Case?”

The final judgement in the Ram Janmabhoomi-Babri Masjid dispute, popularly called the Ayodhya case, was declared by the Supreme Court of India on 9 November 2019. The dispute emanated from the fundamental belief and assertion that Lord Ram was born 9,00,000 years ago in the Treta Yuga, in a room located under what was the central dome of the Babri Masjid. The Masjid was built on the orders of Mughal emperor Babur in the 16th century and occupied 1,482.5 square yards before its demolition by kar sevaks on December 6, 1992.

The Supreme Court ordered the land to be handed over to a trust to build the Hindu temple. It also ordered the government to give an alternate 5 acres of land to the Sunni Waqf Board for the purpose of building a mosque. The bench delivering the verdict also mentioned about the demolition of the Babri masjid on December 6, 1992. “Justice would not prevail if the court were to overlook the entitlement of the Muslims, who have been deprived of the structure of the mosque through means which should not have been employed in a secular nation committed to the rule of law,” the bench observed. “…The entire structure of the mosque was brought down in a calculated act of destroying a place of public worship,” it said. “The Muslims have been wrongly deprived of a mosque which had been constructed well over 450 years ago.”

The two Ayodhya cases are distinctive by their very nature. One is a title dispute related to ownership of the land, and the second a criminal trial arising out of FIRs filed by the CBI in relation to the demolition of the Babri Masjid at Ayodhya, which goes beyond ownership. One pertains to civil matter and the other criminal.

Now talking of civil and criminal matters, certain offences are more serious in nature and due to their negative reflection of the character of the offender in question and the societal implications of the offence being committed; the State took the responsibility of arguing such cases of criminal nature. An implication of the serious nature of criminal proceedings is the higher degree of proof that is required to convict a human being of a crime. It is established that civil proceedings use the system of ‘preponderance of probabilities’ to determine the rights and liabilities of individuals whereas criminal proceedings require the accused person’s offence to be proved ‘beyond reasonable doubt’.

The question arises-can the findings or judgement of civil case be used as evidence in criminal proceedings? To speak legally, one is referring to inter-admissibility of civil judgments in criminal proceedings and vice-versa. X is convicted of rape case. Y, a magazine editor, publishes a report stating that X is a rapist. When X sues Y for libel, can Y adduce evidence of X’s conviction in support of his plea? Now if X is acquitted of rape charge, can he use his acquittal in subsequent proceedings to support denial of rape?.

“It is well established principle of law that the decisions of the civil courts are binding on the criminal courts. The converse is not true.”

The said Judgment was delivered by a three-Judge Bench of without taking note of the Constitution Bench Judgment in M.S. Sherrif Vs. The State of Madras & Ors., AIR 1954 SC 397 on the same issue, wherein it was held as under :-

“As between the civil and the criminal proceedings we are of the opinion that the criminal matters should be given precedence. There is some difference of opinion in the High Courts of India on this point. No hard and fast rule can be laid down but we do not consider that the possibility of conflicting decisions in the civil and criminal courts is a relevant consideration. The law envisages such an eventuality when it expressly refrains from making the decision of one court binding on the other, or even relevant, except for certain limited purposes, such as sentence or damages. The only relevant consideration here is the likelihood of embarrassment.”

In K.G. Premshankar Vs. Inspector of Police & Anr., AIR 2002 SC 3372, the Supreme Court placed reliance upon the Judgment of the Privy Council in Emperor Vs. Khwaja Nazair Ahmad, AIR 1945 PC 18 wherein it has been held as under :-

“It is conceded that the findings in a civil proceeding are not binding in a subsequent prosecution founded upon the same or similar allegations. Moreover, the police investigation was stopped and it cannot be said with certainty that no more information could be obtained. But even if it were not, it is the duty of a criminal court when a prosecution for a crime takes place before it to form its own view and not to reach its conclusion by reference to any previous decision which is not binding upon it.”

“Coming to the last contention that an effort should be made to avoid conflict of findings between the civil and criminal courts, it is necessary to point out that the standard of proof required in the two proceedings are entirely different. Civil cases are decided on the basis of preponderance of evidence while in a criminal case the entire burden lies on the prosecution and proof beyond reasonable doubt has to be given. There is neither any statutory provision nor any legal principle that the findings recorded in one proceeding may be treated as final or binding in the other, as both the cases have to be decided on the basis of the evidence adduced therein.”

There are no apparent provisions in civil law in India regarding admissibility of criminal judgments in civil proceedings.  Findings of fact recorded by the Civil Court do not have any bearing so far as the criminal case is concerned and vice-versa as standard of proof is different in civil and criminal cases. There is neither any statutory nor any legal principle that findings recorded by the court either in civil or criminal proceedings shall be binding between the same parties while dealing with the same subject matter and both the cases have to be decided on the basis of the evidence adduced therein. However, there may be cases where the provisions of Sections 41 to 43 of the Indian Evidence Act, 1872, dealing with the relevance of previous Judgments in subsequent cases may be taken into consideration.

The Indian Evidence Act, mentions the relevancy of ‘other’ judgments and when they are admissible in Sections 40, 41, 42 and 43. The scheme of the Act is such that admissibility of judgments in other proceedings to criminal proceedings is an exception to the rule, and such exceptional features are laid out in the aforesaid provisions.

Section 40 -Previous Judgements relevant to bar a second suit or trail –
The existence of any judgment, order or decree which by law prevents any Courts from taking cognizance of a suit or holding a trial, is a relevant fact when the question is whether such Court ought to take cognizance of such suit, or to hold such trial. The object of the provision is to avoid multiplicity of the suits and to save the precious time of the Court. In Civil Procedure Code Section 11 provides rule  of Res Judicata and in Cr.P.C and constitution it is provided that no one shall be punished for the same offense twice i.e. rule of double jeopardy.

A final judgment, order or decree of a Competent Court, in exercise of probate, matrimonial, admiralty or insolvency jurisdiction, which confers upon or to take away from any person any legal character, or which declares any person to be entitled to any such character, or to be entitled to any specific thing not as against any specified person but absolutely, is relevant when the existence of any legal character, or the title of any such person to any such thing, is relevant.

Such judgment, order or decree is conclusive proof –

i) That any legal character which it confer accrued at the time when such judgment, order or decree come into operation;

iii) That any legal character to which it takes away from any such person ceased at the time from which such judgment, order or decree declared that it had cased or should cease.

iv) And that anything to which it declares any person to be so entitled was the property of that person at the time from which such judgment, order or decree declares that it had been or should be his property.

Section 41 deals with what is known as judgement in rem, which not only bind the parties at the representatives to it, but also are binding as against the whole world.

1) The judgement must be a final judgement.

2) The court delivering the judgement must be competent.

3) The judgement must have been delivered by the court in the exercise of Probate, size of Matrimonial, Admiralty or Insolvency jurisdiction.

Section 42-Relevancy and effect of judgements, orders or decrees, other than those mentioned in Section 41 –

Section 43-Judgements etc other than those mentioned in Sections 40 to 42, when relevant-

Section 43 states that Judgments, orders or decrees other than those mentioned in Sections 40, 41 and 42, are irrelevant, unless the existence of such judgment, order or decree is a fact in issue, or is relevant, under some other provision of this Act.

Thus, under Section 40 of the Act, previous judgments are admissible in support of a plea of res judicata in civil cases or of autre fois acquit or autre fois convict in criminal cases. Section 41 of the Act which only makes a final judgment of a competent Court, in the exercise of probate, matrimonial, admiralty or insolvency jurisdiction, conferring upon, taking away from or declaring any person to be entitled to any legal character or to be entitled to any specific thing absolutely, relevant when the existence of any such legal character or the title to any such thing is relevant. Section 42 of the Act relate to matters of a public nature. Section 43 of the Act positively declares judgments other than those mentioned in sections 40, 41 and 42 to be irrelevant unless their existence is a fact in issue or is relevant under some other provision of the Act.

The findings of K.G.Premshankar case (supra) are very relevant here-

(1) the previous judgment which is final can be relied upon as provided under Sections 40 to 43 of the Evidence Act;

(2) in civil suits between the same parties, principle of res-judicata may apply;

(3) in a criminal case, Section 300 Cr.P.C. makes provision that once a person is convicted or acquitted, he may not be tried again for the same offence if the conditions mentioned therein are satisfied;

(5) Further, the judgment, order or decree passed in a previous civil proceeding, if relevant, as provided under Sections 40 and 42 or other provisions of the Evidence Act then in each case, Court has to decide to what extent it is binding or conclusive with regard to the matter(s) decided therein. Hence, in each and every case, first question which would require consideration is whether judgment, order or decree is relevant?, if relevant its effect. It may be relevant for a limited purpose, such as, motive or as a fact in issue. This would depend upon facts of each case. 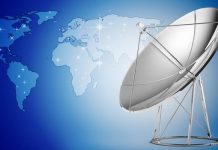 Institution and Evolution of the TDSAT 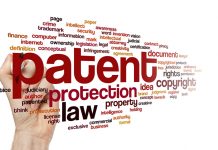