This article has been written by Deeksha Kathayat, a student of BLS.LLB, 5th Year.

If you can recall almost one year ago on 10th September 2018 Bharat Bandh was organized by the Congress party and others to protest against the hike in petrol prices. I could recollect the incidents of the previous day the usual unnecessary texting which took place in my college group turned a bit political as soon as the message swayed all over the social media that Congress is organizing a bandh. Well, I thought as a law student and as an alert and responsible citizen, many will be against it but then, unfortunately, it turned out that everyone was for it and that confused me a lot and as I emerged in my thoughts about the fact that how is it possible? I know for sure that I have read somewhere that bandh is illegal or not allowed in India then suddenly a message popped up and I got the answer of my previous question why is everyone in the group so happy, well the reason was, there will be a holiday if this bandh becomes a huge success….my instant reaction was I texted my labour law teacher and asked her about the holiday ( well, I know you all must be thinking that I would have texted to ask about the legality of the bandh but then no I texted to ask for the holiday). But the instant reply of my teacher was NO!!! College does not support this, and you know right bandh is illegal …… Well, I got my answer…
This question led me to dig out more about the issue, and I ended up writing an article on this topic, the reason being not many are aware of the serious impact it has on our country not only economically but also socially and legally. Many are unaware of the views of the courts in this matter? What are the rights and duties of citizens? What are the penalties that might be imposed on those supporting these hooligans?
BANDH to say it in easiest language means general strike or general shutdown of almost everything. Not to be negative about it, but the word literally means disrupting all the services so that the place, state or the country where the bandh is declared should come to a halt. All the services like transport, shops, schools’ colleges, offices and sometimes even medical shops are forced to shut down.

When I tried to find the origin of this concept, I was amazed that this concept did not originate in the USA, or the UK well, obviously why will such strong economies of the world will support such activities that will disrupt their nation? THE origin is still not sure but then all that can be conferred from the data available is that this is the most common phenomenon of south Asian countries that too mostly in Nepal and India.
The reason why there were frequent bandhs organized in Nepal was people wanted to show their anger for the political instability prevailing at that time but little did they know that bandh will further intensify the instability?
AND in INDIA there have been series of bandhs since independence. Communities and the political parties are the ones who organize the bandhs to protest for issues like the one that recently took place that is a hike in price or different communities mostly asking for reservations. Political The parties under the guise of the public welfare, they tend to destabilize the mechanism of the country so that the government can be criticized for the instability and the destabilization. The political parties and organizations that call for bandh, for the cause of public, should realize that they are, in effect, harming the public itself…
And the most hilarious is when we try to tell the leaders of the parties about the demerits and the evil impacts it has, the leaders instead start giving irrelevant examples from the past that even Mahatma Gandhi organized bandhs and hartals, civil disobedience movements. Like great thinkers have said you take only that part of anything that best suits your ego and reasoning and forgets the rest. These leaders while citing Gandhi forgets the most important fact that even Gandhi withdrew his movements, strikes and hartals as soon as it got violent or was losing its purpose but then they will not understand this because if they follow that how will their ego to harm the opposition party’s reputation and a dying urge of emerging as a messiah of people will be satisfied?
WELL, this was about the political parties but what about the hooligans who go for the support of these bands… You agree or not with me, but the main reason for the success of all the bandhs and hartals is that common people are scared…they are scared what if they go for their work and the karyakarta or such goons are bashing people for not supporting the bandhs? They are scared that what if their cars, their vehicle will be smashed by those people loving karyakartas? What if they try to board the train and goons don’t allow the train to move? What if they try to board buses and the buses are stoned and they might get injured or even killed?
As a result of this people avoid going out and the bandh becomes successful.

The constitutionality of Bandhs

The Supreme court of India have realised the evil impacts of the Bandh and have declared bandh illegal and unconstitutional.
People who are afraid and who do not support such type of activities should realize that they have their set of fundamental rights and there are many laws and not to forget the most important one the Indian Penal Code which criminalizes restraint, force, intimidation during bandhs and even hartals.
Supreme court and various high courts have made it crystal clear that through various verdicts that the bandh interferes with the fundamental discretion and liberty of citizens and causes a national loss in numerous ways.
The fundamental rights of citizens have to be given paramount place and it cannot be observed as ignoble to the rights of an individual or some sections of the society. The main reason of the court disliking towards bandh is that they very well understand that under the guise of the bandh, hartal and strike NO one has the right to cause inconvenience to other not observing or to cause apprehension of threat to life, liberty and property most importantly government or public property.

Various judgments in support of banning Bandhs are as follows

Its high time that just how courts have shown their support to ban such activities the lawmakers also devise appropriate legislation to curb the menace created by the bandh. But then to think practically I think why they will do that because most of the time it is the political parties that organize such bandhs. Now the only hope is when the citizens realise their rights and duties and rises above slumber and laziness and show patent disregard to such activities and compel by showing strong public support to ban these bandhs only then the legislature will be compelled to pass such laws under the compulsion of strong public opinion. 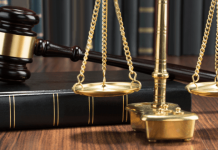