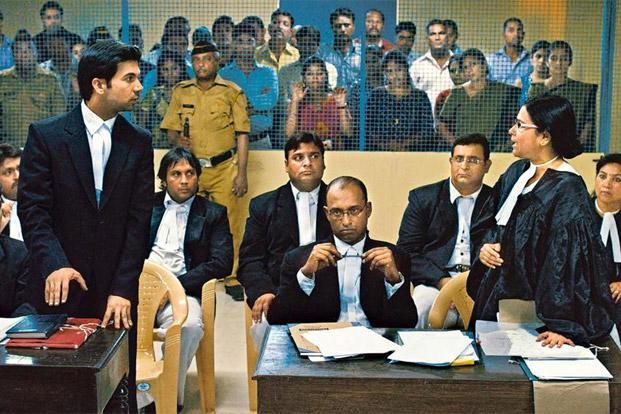 In this article, Astha Gupta of Rajiv Gandhi National University of Law, Punjab discusses the election process of State as well as the National Bar Council Body and how they are regulated.

BCI aims to wage a battle against the incompetency and ineptness of the existent legal apparatus of the country. The enactment of the Advocates Act, 1961 [Act No. 25 of 1961] led to the creation of BCI (Section 4) and the State Bar Councils (Section 3) which aimed at improving the standard of the legal education and legal profession in the country. Section 7 of the act discerns the functions of the Council which includes laying down standards of professional conduct and etiquette for advocates and to safeguard their rights, privileges and interests at the very same time. Also, it aims to promote legal education and lays down standards of such education in consultation with the Universities in India imparting legal education and the State Bar Councils and to recognise Universities whose degree in law shall be a qualification for enrolment as an advocate and, for that purpose, to visit and inspect Universities.

The Hon’ble Supreme Court in the case of Indian Council of Legal Aid and Advice v. Bar Council of India has reaffirmed that every State Bar Council of India has the utmost duty to ensure that the rights granted under the Act are not misused by an advocate. The Bar Councils have been created at the State level as well as the Central level not only to protect the rights, interests and privileges of its members but also to protect the litigating public by ensuring that high and noble traditions are maintained so that the purity and dignity of the profession are not jeopardized.

The Bar Council of India consists of-

The members are elected in accordance with the system of proportional representation by means of the single transferable vote from amongst advocates on the electoral roll of the State Bar Council.

Also, the following are the ex-officio members:

Who can contest and participate in the elections?

The elected members of a State Bar Council shall be elected by and from amongst advocates, vakils, pleaders and attorneys who, on the date of the election, are entitled as of right to practice in the High Court and are ordinarily practising within the territory (including a Union Territory) for which the Bar Council is to be constituted. [Section 53 of the Advocates Act]

Conduct of the elections

The term of office of members of State Bar Council

According to Section 8 of Advocates Act, the term of office of an elected member of a State Bar Council (other than an elected member thereof referred to in section 54) shall be five years from the date of publication of the result of his election.

Disqualification of members of Bar Council

According to Section 10B of the Advocates Act, a person can cease to be a member of the Bar Council in the following 3 situations:

Constitution, functions and procedure of Committees of the Bar Council of India

No election of a member to a Bar Council shall be called in question on the ground merely that due notice thereof has not been given to any person entitled to vote, if notice of the date has, not less than thirty days before that date, been published in the Official Gazette. [Section 14 of Advocates Act]

Resort in case of absence of elections

In case of absence of elections for the State Bar Council for a period of five years and the extended time, according to Section 8A of the Advocates Act, a Special Committee will be constituted which will consist of-

The Special Committee shall hold elections within a period of six months from the date of its constitution which can also be extended by the Bar Council of India in case of any reasonable cause of the delay.

The object of the implementation of these rules was-

Thus Bar Council of India has decided to undertake the detail verification & then prepare Voter’ list along with a recent photograph of the Advocate (Voter).

Verification of Certificate of Practice is done by the State Bar Council. It shall be valid for five years only & is liable to be verified every five years by filing an application for verification in advance within a period of six months before the validity period expires.

The necessity of “Certificate of Practice”

For practice, an Advocate shall have to necessarily hold a valid & verified certificate of practice either from All India Bar Examination Rules or under Verification Rules 2015.

Exemption of certain categories of Advocates

Senior Advocates designated under Section 16 of the Act & Advocates on Record of Supreme Court of India are not required to fill up the Form for Verification. They are simply required to send two passport size photographs with their names & current Address to concerned Bar Council through their respective Associations so that their names be included in voters list of State Bar Council.

Advocates to be a member of the Bar Association

Shortcomings in the verification rules

Loopholes in the election process

The State Bar Councils are widely accused of undue delays in the election process and henceforth of likely stay in the law enforcement mechanism in the country. To cite an example, in Bihar, the elections were scheduled to happen in 2015 but did not happen until this year which is almost after 7 whole years since the last elections. The scenario is not much different for around 14 more states.

There is no set standard of the way elections are to be conducted and also no uniformity in the eligibility of the candidates among various State Bar Councils. For example, to be eligible for the Bar Council of TamilNadu and Puducherry elections, a lawyer has to have either 10 reported judgements or must have contested five judgments in each year in the previous five years. This is not the case with any other Bar Council of the country. Consequently, there are very high chances of degraded quality and faltered judgements due to the lack of any uniform standard for all the councils in the country.

BCI, as it makes rules and lays down guidelines for the whole of the country, is supposed to be representing all the states and areas in an equal manner. However, presently this is not the case. Rather, any State Bar Council having less than 5,000 advocates is not allowed to send members to BCI. Hence, BCI only represents nineteen states out of a total of twenty-nine. Also, with the formation of the Special Committees in a lot of states which consists of a major chunk of nominated members, the Bar Councils are increasingly being governed by members who are nominated rather than elected.

Relating to the ample amount of work that the BCI is allocated, it does not have proportionate power to initiate disciplinary proceedings. Rather, the power to initiate such proceedings lies exclusively with the State Bar Council’s Disciplinary Committee. With the lack of these powers, it becomes very difficult for the BCI to work effectively and efficiently.

In a country like India which is so widely chastised for being overly indulgent in corruption and misconduct regarding its electoral demeanour, it is the need of the hour that our legal system stays away from all such allegations and assertions. Henceforth, being considered the apex body of lawyers, the Bar Council of India elections ought to be conducted in the most impeccable manner possible.

In the present scenario, though there are a lot of loopholes in the manner in which the elections are conducted and carried forward, there is still space for a lot of reforms and regulations in the same. However, at the very same time, the effort of certain authorities and concerned members is highly appreciative in the field and reformation may take time but it will surely happen in the near future.