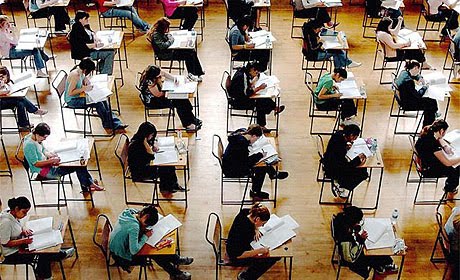 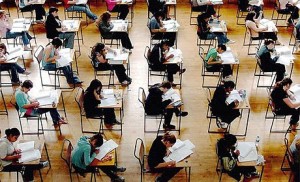 Bar examinations are required in many countries to become a licensed lawyer eligible to practice law. It is a necessary mechanism to control the quality of lawyers joining the practice given wide disparity of educational standards amongst various institutes and colleges teaching law courses. Let us take a look at bar exams around the world starting with the All India Bar Exam, introduced in India in 2010.

The Bar Council of India is a statutory body that regulates and represents the Indian legal profession. It was created under the Advocates Act, 1961. The Bar Council of India on 10th April, 2010 resolved to conduct an All India Bar Examination that tests an advocate’s ability to practice law. Those persons who are admitted as advocates on the rolls of the State Bar Council are eligible to enroll for this exam provided they have graduated in 2010 or later.

The Advocates Act, 1961 empowers State Bar Councils to frame their own rules regarding enrolment of advocates. After getting enrolled to State Bar Council it is further required for an advocate to pass this All India Bar Examination to practice law. This examination is held biannually, usually in April and November, and tests advocates on substantive and procedural law. It assesses basic analytical capabilities and knowledge of law. The examination is carried on by open book system and duration of examination is three hours with no negative marking. A minimum of 40% marks is required to pass this examination.

An advocate may appear for the examination any number of times. Once the advocate passes the examination, he/she will be entitled to a Certificate of Practice. There are in total 900 law schools and colleges approved by BCI as per the data of 2010.

Bar Exam in the UK

In the UK, Bar Professional Training Course also known as BPTC is a graduate course that is completed by those wishing to join the Bar as barristers. Bar school comprises of ten institutes along with the four Inns of Court which also run this course. The minimum entry requirements for the BPTC is a qualifying law degree with no less than lower second class honours, or a degree in another subject with no less than 2:2 honours in addition to a pass in the Graduate Diploma in Law.

In addition to this applicants should also demonstrate excellent extracurricular activities along with a strong evidence of a commitment to the English Bar to appear for BPTC examination. It is important for a student to have Common Law reasoning and EU law as subjects during their course of studies as LLB students.

Students are required to send in their application to their selected Bar by the end of their LLB second year. A student who is selected is usually notified by the start of their third year.

The Legal Practice Course also known as the Postgraduate Diploma in Legal Practice is the final vocational stage for becoming a solicitor in England and Wales. The course is designed to provide a bridge between academic study and training in a law firm. It is a one year, full time course.

The number of lawyers in UK is estimated to be approximately 151,043, with the bar schools of UK graduating another 8,000 each year. The ratio of lawyer per person for UK is one lawyer per 401 persons.

In India there is no minimum score required to appear for bar exam as it is there in UK – in India merely passing the law course is enough while in the UK a 2:2 honours is minimum requirement. In India, a law student who managed to get an LL.B. degree with the minimum pass marks can apply for All India Bar Examination.

Furthermore, no extracurricular activities are taken into consideration for a law student to be enrolled for All India Bar Examination unlike the UK bar. BCI provides lip service to teaching problem solving techniques and other practical skills in its policy but unfortunately they are very rarely followed in law colleges and universities.

Bar Exam in the USA

Admission to the bar in the United States means the granting of permission by a particular court system to a lawyer to practice law in that system. A state bar licensing agency is invariably associated with the judicial branch of government, because American attorneys are all officers of the court of the bar to which they belong. Each US state and similar jurisdiction has its own court system and sets its own rules for bar admission, which usually leads to different admission standards among states. Usually, lawyers seeking admission must earn a Juris Doctor degree from a law school approved by the jurisdiction and then pass a bar exam administered by it. The bar examination in most U.S. states and territories is at least two days long and usually consists of:

A lawyer who is admitted in one state is not automatically allowed to practice in any other. Some states have reciprocal agreements that allow attorneys from other states to practice without sitting for another full bar exam; such agreements differ significantly among the states. The number of lawyers in US is approximately 1,143,358 which is highest when compared with the ratio of lawyers per person to make it one lawyer per 265 persons.

The National Judicial Exam or State Judicial Exam is a unified legal examination administered for all those people who work in the legal industry. All new members of the judiciary and legal profession after 2002 have to pass this examination. The SJE is trying to adopt more unified curricula and standards for education programs of lawyers as well as judges. Under amendments to the Judges Law, Prosecutors Law and the Lawyers Law in 2001, all participants of the SJE must have a university-level education, although not necessarily in law.

The number of lawyers in China is approximately 190,000 with population of china approx 1339 million. This makes the ratio of lawyers per person to make it one lawyer per 7047 persons which is very high.

The syllabus for All India Bar Examination is similar to that of China’s National Judicial Exam. Though the modes of examination of these two countries vary but testing ability of both the exams seems to be similar. China falls behind by miles in comparison to ratio of lawyer per person due to huge population.

In Japan, Attorneys at law are authorized to represent others and they are qualified to practice in most Japanese legal professions. They are also authorized to give advice on matters of law.

As of 1 March 2011, there are 30,516 attorneys registered with bar associations in Japan. Due to cultural traditions, Japanese have rarely used lawsuits as a means to settle disputes. With the rise of patent disputes and international mergers, Japan is facing a shortage of lawyers and hence Japanese government has allowed universities to offer graduate courses on law in order to fill up the shortage.

Attorneys at law are required to pass a National Bar Examination which is followed by one year of internship under the supervision of the Legal Research and Training Institute of the Supreme Court of Japan. In Japan, having a law degree is not a prerequisite for enrolling for bar examinations. Although due to changes in examination rules there have been introduction of additional requirements for those who sit for the examination without a law degree.

As of 1st march, the number of lawyers in Japan is approximately 30,516 with its population approximately 125 million. This makes the ratio of lawyers per person to make it one lawyer per 4100 persons.

Condition of examinees in India is far better than Japan. Studying for the bar exam is a gruelling process in Japan, where so few people pass the bar that some law schools are voluntarily restricting enrolment  In 2011, Japanese law schools admitted 3,620 students, down from 5,800 in 2006, as per the New York Times report. In 2010, only 25 percent of test takers passed the Japanese bar exam, the lowest rate since 2006 when a reformulated test was created. Before that, only 2 percent to 3 percent passed the bar exam. Unsuccessful test takers have to give up soon, because they are allowed only three attempts.

Hope this write up would have helped you get a better picture of bar examination and litigation as profession in different parts of the world including India.

What is the purpose of establishing National Law Universities in India?

How does fee hike affect a college student?