This article is written by Saswata Tewari, from the University of Petroleum and Energy Studies, Dehradun. This article focuses on the principles of law that are present in the legal framework of India.

A proper legal system in a country is made up of a set of legal principles and standards which are to safeguard and develop a safe living environment for the people living in that society. It acknowledges the rights, direct duties of the people, and prescribes the procedure in which the same shall be enforced. The legal system designs the way and develops a set of rules which shall be followed by the people in the society to achieve the desired goals and is made keeping in mind the sociological, economic, and political conditions in the society. Several ideas or philosophies are involved in a legal system and these ideas help to connect various problems of the society with appropriate laws. Changes may arise in law from time to time but the constant elements of the law are these ideas and philosophies. The legal framework concerning India has been developed from the common law system of Britain but it has also been influenced by other frameworks of law.

Common law is majorly made of laws given by the judges. The judge-made laws are derived from the judicial decisions in cases given by courts, and similar tribunals, and these laws are commonly applicable to every person, and that’s why it is referred to as the common law. This system of law was founded in England and it includes customs and traditions, fundamental principles, and manners of reasoning. Common law can also be seen in the legal system of Australia, Canada, Hong Kong, and New Zealand.

Judges develop the common law with the aid of the doctrine of stare decisis. This doctrine states that when a court of law has given a decision which applies to a particular state of fact, the court will stick to that principle and shall apply it to all the future cases where the facts are substantially the same, irrespective of whether the parties and property are the same. The doctrine of stare decisis makes sure that the decisions given by a higher court are binding on the same court or any other court of equal or lower rank in cases where the facts to a large extent are the same. It is seen that in cases where there is no judicial precedent or any codified law concerning any specific fact situation, the judges may apply the fundamental principles of law and decide the case. The fundamental principles of law include the principles of justice, equity, and good conscience. By following this procedure, Judges not only apply the law but also make the law.

After India got its independence, common law was established in the Indian Constitution by the virtue of Article 372. Moreover, the Indian judiciary has been granted the power of judicial review under Article 136, Article 32, Article 226, and Article 227 of the Indian constitution, which means that our judiciary has the powers to remove any legislation if it breaches any of the fundamental rights of the citizens.

However, the fashion of common law using judicial decisions as binding court cases no longer holds good. Nowadays, judges believe in overruling the judicial decisions if found necessary to do so due to changing times and circumstances. Besides making law, judges also state what law ought to be, which was seen in the case of  I. C. Golaknath & Ors vs. State Of Punjab.

Public law is a direct outcome of the common law and the main principle involved in it is the rule of law. Rule of law states that the state is only governed by the law and not by the ruler or nominated representatives of the people; only the law. This principle is intended to protect against arbitrary judgements in individual cases. The theory of rule of law is associated with ideas like:

The rule of law safeguards individuals from arbitrary actions of the state including the legislature because it is upon the state to protect the weaker sections of society from exploitation by the people who hold power.

In India, rule of law aims to bring about equality and social welfare by implementing the directive principles of state policy laid down in Part IV of the Constitution and it is in agreement with the fundamental rights safeguarded by Part III of the Constitution.

Uncertain laws create gaps in the legal system and to fulfill this gap of uncertainty, civil law or codified law comes in handy as it is certain, precise, and predictable. The concept of civil codes came from the codes of continental Europe where the cases were decided by applying the law as enacted into the Codes.

Some of the civil laws in India are also codified. Codification of the Indian law was made during the British rule, for which law commissions were appointed. Macaulay’s Penal Code was given the final form by the Second Law Commission. Drafts were prepared for the Code of Civil Procedure and the Code of Civil Procedure, incorporating into them all the information which was left by the First Law Commission. The second law commission put their stress on the fact that such a body of law should be made considering the situations and institutions of India and with constant regard to the character, religions, and traditions of the people of India. Some of the codified laws are:

These codes were later enacted as the laws of India by the legislative councils and due to the presence of Article 372 of the Indian Constitution, they are still binding laws to this date.

Personal law can be explained as a law that concerns a particular group of people or a particular person, based on the religions, faith, and culture and these laws are created acknowledging the different traditions followed by the people of a particular religion.

In India, every community has its own set of personal laws governing marriage, divorce, adoption, wills, intestacy, and succession. Personal laws are the oldest part of the Indian legal system governing the different religions residing in India. Some of these governing law are:

The adversary system of law

When there is no suitable statutory or personal law for deciding a case, the Indian courts follow the principle of justice, equity and conscience. The high courts in the British India had contemplated that when the law is uncertain or ambiguous in a case , the matters of the case would be decided according to the principle of justice, equity and conscience.Indian statutes expressly empowers the judges to use this principle in deciding cases and are specifically made enforceably by the courts in India.

Rule of the Constitution

The ethics of justice, social, economic, and political liberty have heavily influenced the Constitution of India. These ethics assure every person living in the society to have their free thought and expression, allow them to have faith and worship according to their religions, grant them the equality of status and opportunity. Not only do these ethics make sure that the dignity of the individuals is preserved but also ensures the unity and integrity of the nation.

However, in the case of Kesavananda Bharati v. The State of Kerala, the Supreme Court of India held that the Parliament cannot alter the essential elements or the basic structure of the Constitution under the pretense of amending it. This judgment was an attempt to save the rule of law from the dangers of the unlimited power of the Parliament to amend the Constitution. Therefore, the powers of the Parliament to amend the Constitution are not absolute and the final decision lies upon the Supreme Court who is the sole arbiter and interpreter of all the constitutional amendments. The essential features or what we call the basic structure of the Constitution mainly include sovereign, democratic, and secular character of the polity, rule of law, independence of the judiciary, fundamental rights of citizens.

The common law base in India establishes the fact that the judge in a case is supposed to be blind, unbiased, and completely open-minded. The adversarial system of law prevalent in India focuses on giving an advantage to both sides on the principles of natural justice. The rule of law drops off any arbitrary judgements on part of the government and establishes the fact that every person is equal in front of the law. The principle of justice, equity, and conscience help in deciding confusing cases where there is no suitable statutory law, and with the complete independence of the judiciary the framers of the Constitution has founded a judicial system where the courts duly perform their duty without facing any interference from the executive or the legislative.

However, the application of common law has its defects as well. It has been seen that the availability of the legal services relies upon the fact of spending money rather than on need and it makes it clear that the present legal system is costly and it only protects those who are economically strong and the present lawyers have obliterated their sense of social responsibility that they owe to the public. The due procedure of law is being used detrimentally by the lawyers and litigants to defeat civil and criminal liability. This can be because the law students are not being properly trained in the true sense of law. It has been seen that the law students don’t intend to practice law but they use the degree of law as a qualification for advancement to pursue other careers.

The application of the common law in the Indian legal system has benefited the Indian populace in numerous ways but the shortcomings in the present framework of law have been increasing over the years and in brief, it has been discovered that things are not going well. A good part of the Indian population is living in villages and a considerable portion of the population is below the poverty line. Though efforts are being made still the illiteracy rate is high in India. Therefore, it is not expected from the majority of the Indians to understand such a complex legal system and it is difficult for them to enforce their legal rights in a court of law without any understanding. It is on the government of India to acknowledge the scope of this kind of problem and make reforms focused on improving the access of Indians to legal justice. 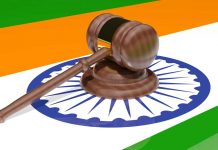 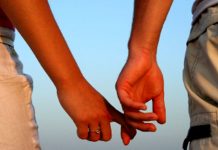 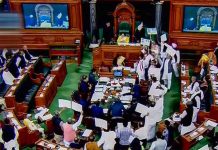