In this blog post, Debasis Bhowal, pursuing M.A. Business Law from NUJS, Kolkata, talks about the Law related to Benami Property in India.

The Benami Transactions (Prohibition) Amendment Act came into force on 01.11.2016. Income Tax sleuths have started collecting details of Benami transactions and properties as a preclude to crackdown on black money. The process of data mining is on and an all out data mining drive shall commence from 01.01.17.

Original Benami Transactions Act 1988 has been amended to make it more stringent. Directors of shell companies who hardly get the remuneration of 10,000/- per month, Doctors, Industrialists, and politicians belong to categories of benami transactors who thrive behind such type of suspicious persons.

The Benami transaction is one where a property is held by one person and the amount for it is paid by another. The transaction is done to benefit the person who pays for the property either directly or indirectly.

Appeals against the orders of the tribunal, in turn, will be heard by the High Court. The Benami Transaction (prohibition) Amendment Act came into force on 01.11.2016 as per sources close to the Central Board of Direct Taxes. It is an act of the parliament of India that prohibits benami transaction and the right to recover benami properties. It came into forces on 05.09.1988.

The Benami Transaction is any transaction in which properties are transferred to one person for a consideration paid by another person.

In 1973, the law commission of India after studying various acts and prevailing benami system recommended formulating an act to tackle the issue. Accordingly, the Benami Transaction (prohibition) Act 1988 was enacted by the parliament which came into force on 19.05.1998. However, due to various deficiencies in the act, the rules required for operationalizing the act were not framed.

In an attempt to curb black money in July 2016, the Modi Government decided to amend the original act which was subsequently passed by parliament as the Benami Transaction (Prohibition) Amendment Act 2016. Thereafter, the Government notified the provisions of the act to come into force from 01.11.2016.

Various Newspapers reported that the Benami Act, along with the black money, undisclosed foreign income and assets and the imposition of Tax Act 2015 will help the Government in its fight against black money, both within and outside the Country.

The 2016 Act also has safeguard mechanisms such as the adjudicating authority and the appellate mechanisms for appeals. The Act prohibits illegal benami transactions and provides imprisonment up to seven years and fine for violation of the act which may extend to 25% of the fair market value of the benami property.

In the “Mann Ki Baat” programme on AIR, the Prime Minister affirmed that benami property law is to be operated soon.

After attacking black money by demonetization of high-value currency notes the PM is all set to take on benami property to check corruption. In his last “Mann Ki Baat” of the year, Modi said the Government will soon operationalize strong law to effectively deal with benami property. He said that the authorities will soon take action against benami property.

This is a major step to eradicate corruption and black money.

But it seems it has not deterred the corrupt from amassing benami properties. Hopefully, the Government will make further amendment in the existing law or may bring a new law as per relevant sources.

Such properties also included properties held in the name of spouses or child for the amount is paid from known sources of income.

A joint property with brother, sister or other relatives for which the amount is paid out of known sources of income also falls under benami property. The transaction involved in the same is called Benami transactions.

As a usual practice to evade taxation, people invest their black money in buying benami property. The real owners of these properties are hard to trace due to fake names and identities. The person in whose name the property is purchased is called benamder. The benami transaction includes buying assets of any kind – movable, immovable, tangible, intangible, any rights or interest or legal documents.

As a sequel to evasion of massive income taxes due to investment in Benami properties, the Government and this country are deprived of real wealth in reinvesting in developmental work and upliftment of the common people. This Government is going in the right direction to unearth the black money and putting back the economy in real motion for attainment to dizzy heights.

Do you think the laws regarding Benami Property will uplift the nation? Drop your views in the comments section & share the article. 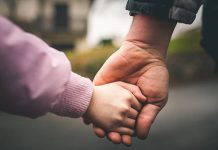