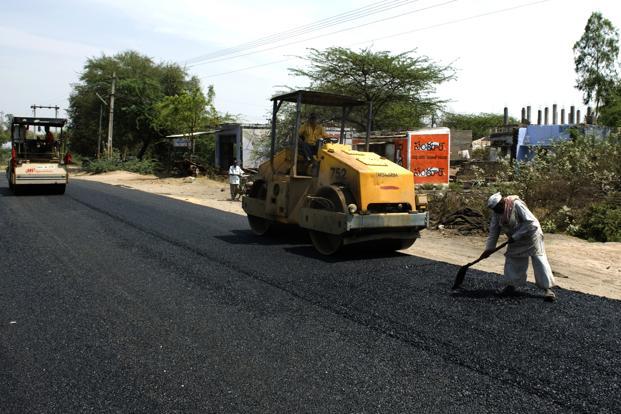 In this article, Yogita Gupta discusses the doctrines and the rules which govern blacklisting of contractors by the government and Public Sector Undertakings.

In layman’s language, Blacklisting means deleting a person’s name from the list and refusing to deal with him. It may also be comprehended as delisting. It can be closely allied to a boycott. According to Black’s Law Dictionary, to blacklist a person means to mark such persons out from the list for special avoidance, antagonism, or enmity on the part of those who prepare the list or those among whom it is intended to circulate; as where a trades-union “blacklists” workmen who refuse to conform to its rules, or where a list of insolvent or untrustworthy persons is published by a commercial agency or mercantile association.[1] Here, person means both natural as well as artificial entities like companies, firms, etc. Thus, the official list of defaulters on the Stock Exchange is a blacklist.

The effects of blacklisting are quite considerable. It prevents the person from the privilege and the advantage of entering into lawful relationship with the government, PSUs for purposes of gains. Apart from reducing the person’s prospects of making profits, it also leads to loss of credibility and goodwill, a decline in business and clients and financial hardship. It acts as a libel to the person. That’s why certain principles have been established by the Courts of Law and rules have been framed by various State Governments so that mere disobedience by private contractors does not result in their blacklisting. The two main doctrines (or principles) whose compliance must be ensured by the Government or PSUs are –

1) Principles of Natural Justice and;

Among rules, several State Governments have laid down their rules which govern the blacklisting and debarring of Contractors. For example, UP government through its department UP Public Works Department has vide letter dated 08/10/1980[2] has framed rules for blacklisting of contractors in which certain grounds are given on the basis of which a contractor can be blacklisted.

BLACKLISTING AND THE FAIR PLAY OF THE PRINCIPLES OF NATURAL JUSTICE

The principles of Natural Justice are contained in art 14 and 21 of the Indian Constitution. The latin maxim ‘audi alteram partem’ which means no one should be condemned unheard, is one of those principles. The SC in the Erusian chemicals case[3] laid down the law for notice to be given before blacklisting. Since, the order of blacklisting has serious civil consequences for the affected company[4] as such order affects the future prospects of the business by depriving it the chance to do business with the government, earning money and also it greatly tarnishes the reputation of the company, therefore the opportunity of being heard should be given to the company before taking any such decision[5].

Further, if the rules on blacklisting or the contract does not mention any requirement for hearing before blacklisting the party (as in the case beforehand), it cannot be deduced that the principles of natural justice should not be followed.[6] In the case of Raghunath Thakur v State of Bihar[7], the State Government had blacklisted the Petitioner without giving any opportunity to be heard, it was contended by the State that there was no specific requirement in any rule that a notice had to be given to the Petitioner before a blacklisting order. The Supreme Court held that even if the rules do not specify so, it is an implied principle of law that an order having civil consequences should be passed only after following the principles of natural justice. Moreover, it is now a well settled law that a decision making i.e. the administration is under an obligation to give reasons for its decisions so as to satisfy the principles of Natural Justice.[8]

The fact that the government has right to enter into contract with anyone of its choice does not give the government the power to ex-parte adjudicate and put a person on blacklist which involves material damage in the loss of prospect of entering into advantageous relationship with Government and to the reputation of a person standing in the business world, hence it should not be done without affording an opportunity of being heard.[9]

BLACKLISTING AND THE DOCTRINE OF PROPORTIONALITY

Art 14 states that a state’s action cannot be arbitrary, it must be proportional. In Kulja Industries case[10], the SC observed that the power to blacklist a contractor whether the contract be for supply of material or equipment or for the execution of any other work whatsoever is inherent in the party allocating the contract, but where the party involved is state, any such decision is open to scrutiny not only on the basis of principles of natural justice but also on the doctrine of proportionality.

The SC in Om Kumar vs. Union of India[11] has referred to the opinion of Lord Diplock in Council of Civil Service Unions v Minister of Civil Service[12] to define the Doctrine of Proportionality. Under this principle, a proper balance is maintained between the adverse effects which the administrative order may have on the rights, of persons keeping in mind the purpose which they were intended to serve”. The administrative order of blacklisting may be termed as disproportional and unreasonable if the company is blacklisted for an unspecified period. “Suffice it to say that ‘debarment’ is recognized and often used as an effective method for disciplining deviant suppliers/contractors. What is notable is that the ‘debarment’ is never permanent. Thus, the provision for blacklisting a contractor cannot be for an indefinite period.”[13]

Exclusion of a member of public from dealing with government restricts a person’s right of doing lawful trade which has been guaranteed by art 19(1)(g).  Also article 21 protects reputation of a person or company. If the Government wrongly blacklists the company then, its reputation is seriously tarnished. In Erusian Equipment & Chemical case[14], the SC observed – “Reputation is a part of a person’s character and personality. Blacklisting tarnishes one’s reputation.” Merely on the basis of irregularities in the performance of contract, a person cannot be blacklisted as it has serious implications on the reputation of a person.[15]

RULES AND GUIDELINES ON BLACKLISTING

There are several rules which the State and the Central Government have made for the ease of their governance and to bring transparency in the system. For instance – The UPPWD vide letter dated 08/10/1980 has mentioned certain grounds on the basis of which a contractor can be blacklisted. It says that the Chief Engineer may blacklist a contractor where:-

Similarly, the Orissa Government has laid down its provisions regarding blacklisting. It says that the Chief Engineer of a department may blacklist a contractor with the approval of concerned Administrative Department on the following grounds:

(a) Misbehaviour/threatening of departmental and supervisory officers during execution of work/tendering process.

(b) Involvement in any sort of tender fixing.

(c) Constant non-achievement of milestones on insufficient and imaginary grounds and non-adherence to quality specifications despite being pointed out.

(d) Persistent and intentional violation of important conditions of contract.

(e) Security consideration of the State i.e., any action that jeopardizes the security of the State.

(f) Submission of false/fabricated/forged documents for consideration of a tender.

However, it is not limited to only this. The process is going on as the Centre has finalised a set of guidelines for blacklisting builders, contractors and architects responsible for unauthorized constructions in the national capital.

A State has administrative powers. It has the burden to do the best for its citizens. Sometimes, it has to delist the habitual defaulters or those who failed to perform their duty up to mark. So, to ensure that such persons are not engaged in public work again, the State blacklists such contractors in public interest. But, since State is an administrative power, therefore, its decisions should not be discriminatory and arbitrary. They should follow the rule of Audi Aulteram Partem and the Doctrine of Proportionality. Further, the states have per se drawn down the basis for blacklisting contractors/ persons but the Supreme Court has through its various rulings said that the principles of Natural Justice must be followed even if the State’s rules doesn’t mention it. Since, blacklisting has an everlasting black spot on one’s career, therefore, the Government should take care of the above mentioned principles and should not take it as a means of political vendetta.