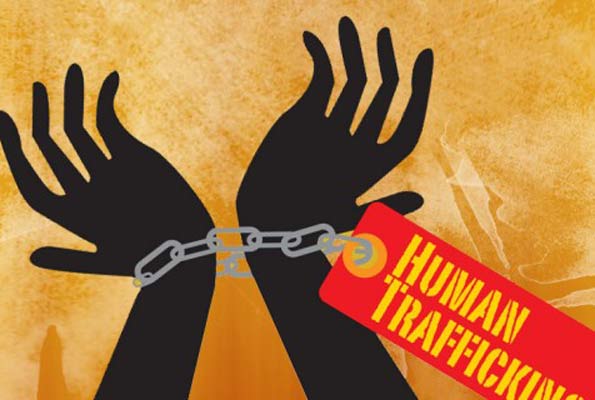 In this blog post, Sakshi Jain, a student of Amity University, Lucknow Campus critically analyzes the ‘Trafficking of Persons (Prevention, Protection & Rehabilitation) Bill, 2016′ introduced in May 2016.

Human trafficking is the trade (sell and purchase) of human beings for the purpose of sexual slavery, bonded and forced labour or for any commercial sexual exploitation and prostitution. Under human trafficking, men, women or children are made believe that the concerned person will provide them with a good job in a different country or place. They blindly believe the traffickers and are then sold by them to other people. May 25th is celebrated as International Missing Children’s Day to honor missing and abducted children. A survey has found that in every 8 minutes, a child goes missing, and it has been held that there has been an increase of almost 84% over the last 14 years. 45% of such missing children are untraceable.

About the new bill

Smt. Maneka Gandhi, Minister of Women & Child Development, released a draft of Trafficking of Persons (Prevention, Protection & Rehabilitation) Bill, 2016 in May 2016. The bill aims to create a strong social, legal, economic and political environment against trafficking of a person. It also includes related matters under trafficking. This bill has been drafted and released for the suggestions and criticism of the experts. Smt. Maneka Gandhi makes it clear that the bill is designed for the victims of trafficking, and it differentiates between the two terms ‘trafficker’ and ‘trafficked’. The bill is drafted in order to cover the loopholes which exist in the present laws. This bill also contains provisions for funds for rehabilitation centers for the victims of trafficking.

To know more about the laws for protection against human trafficking in India in brief, please refer to the video below:

The bill has addressed various aspects of trafficking and its punishments have been laid down under Section 370 to Section 373 of Indian Penal Code, 1860. This bill aims at dealing with the offenses which have not been dealt previously under any Act or law.  It suggests the penal provision for acts such as the disclosure of the identity of the victim of trafficking and its witness, use of a narcotic drug or psychotropic substance or alcohol for the purpose of trafficking, use of a chemical substance or hormones for the purpose of exploitation.  It also provides Protection homes and special homes for short and long term rehabilitation support to the victims. For speedy trial and to avoid delay, the proposed bill provides for establishing special courts in each district court. Compensation is provided to victims of trafficking under this proposed bill. It is made mandatory to report the complaint to a police officer, public servant, or any other employee of the protection homes or special homes having the custody of trafficked victims in the concerned district or state. The Act has provisions for the constitution of Anti-trafficking committees to oversee the prevention, protection, and rehabilitation of the victims.

The bill treats survivors of the trafficking as victims and provides due care to them. Proper shelter and rehabilitation is given to them. Special courts are set up for dealing with the cases registered under trafficking. UN Office on Drugs and Crime says that after East Asia, South Asia and India are the countries with the largest growing and second largest region for human trafficking.

According to the National Crime Records Bureau, 5,466 human trafficking cases were registered in 2014.[1]Rural people including poor, women and children are being taken to big cities by the traffickers and sold into domestic work or sex work. They also sell them to workshops. All the work done by those in such workshops are unpaid, and they are treated like animals.

Whoever uses any narcotic drug or psychotropic substance, or alcohol, for the purpose of trafficking shall be punished with an imprisonment for a term, which shall not be less than seven years but can extend to ten years and shall be liable for fine of not less than one lakh rupees (Section 16). The same punishment is prescribed for the person whosoever uses chemicals or hormones on trafficked women or children for the purpose of early sexual maturity and exploitation. (Section 17)

Provision under the Constitution of India 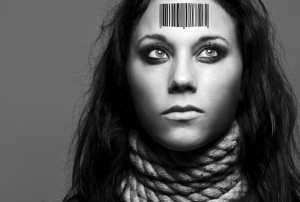 Article 23(1) of the Constitution of India prohibits trafficking of a human being and compelling a person into begging or any other forms of forced labor and makes it a punishable offense.

Prohibition of traffic in human beings and forced labour

(1) Traffic in human beings and beggar and other similar forms of forced labour are prohibited, and any contravention of this provision shall be an offense punishable by law.[2]

Under Indian Penal Code, 1860, Sections 370 to 373 of the code deals with human trafficking. It defines it as:

Section 370 – Buying or disposing of any person as a slave

Whoever habitually imports, exports, removes, buys, sells, traffics or deals in slaves, shall be punished with 1[imprisonment for life], or with imprisonment of either description for a term not exceeding ten years, and shall also be liable to fine.

Whoever sells, lets to hire, or otherwise disposes of any person under the age of eighteen years with intent that such person shall at any age be employed or used for the purpose of prostitution or illicit intercourse with any person or any unlawful and immoral purpose, or knowing it to be likely that such person will at any age be employed or used for any such purpose, shall be punished with imprisonment of either description for a term which may extend to ten years, and shall be liable to fine. 2

Explanation I —When a female under the age of eighteen years is sold, let for hire, or otherwise disposed of to a prostitute or to any person who keeps or manages a brothel, the person so disposing of such female shall, until the contrary is proved, be presumed to have disposed of her with the intent that she shall be used for the purpose of prostitution.

Explanation II —For the purposes of this section “illicit inter-course” means sexual intercourse between persons not united by marriage or by any union or tie which, though not amounting to a marriage, is recognised by the personal law or custom of the community to which they belong or, where they belong to different communities, of both such communities, as constituting between them a quasi-marital relation.

Whoever buys, hires or otherwise obtains possession of any person under the age of eighteen years with intent that such person shall at any age be employed or used for the purpose of prostitution or illicit intercourse with any person or for any unlawful and immoral purpose, of knowing it to be likely that such person will at any age be employed or used for any purpose, shall be punished with imprisonment of either description for a term which may extend to ten years, and shall also be liable to fine.

Explanation II —“Illicit intercourse” has the same meaning as in section 372.[3]

The offense under this proposed bill is a non-bailable and cognizable offense. This is governed by Code of Criminal Procedure, 1973 but Section 19 of the bill specifies that a person can get bail under the bill when the special public prosecutor has been given an opportunity to oppose the application and the court has reasonable grounds for believing that the accused is not guilty and that he is not likely to commit any offence while on bail.

Chapter X of the Bill explains confiscation, forfeiture, and attachment of property. Any person who has been accused of using narcotic or chemical substance under Sections 16 and 17 of the bill or Sections 370-373 of IPC and the accused has shall be concealed, transferred or dealt with the property owned or in possession him in any manner which may result in frustrating any proceeding , the special court may confiscate the property.

The person accused under Sections 16 and 17 of the bill or Sections 370-373 of IPC has used the property for the commission of that offense, shall stand forfeited by the government.

The bill was released by Maneka Gandhi for suggestions and criticism. Many experts criticize the drafted bill. They claim that the bill is toothless and has brought nothing new to the previous laws and statues. The bill has the same features as it the Immoral Traffic (Prevention) Act, 1956. The similarities include the mandatory provision for all the placement agencies to register under the said bill. The new bill also proposed mandatory registration of the agencies. But all the agencies are being registered under the Immoral Traffic Act, 1956 Section 29 of the bill inculcates anti-trafficking funds for the victims of trafficking, but it fails to explain its utilization. It has not been clarified as to how the funds will be allocated, how it will be used, how it will be managed, etc. The bill has further been criticized as an unrealistic bill. 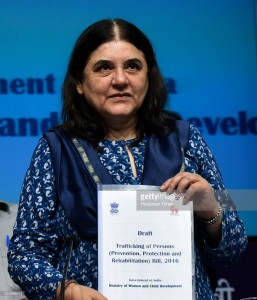 Trafficking of a human being is a serious offence. It violates the right of every individual to live with dignity under Article 21 of the Constitution of India.  Article 3, paragraph (a) of the Protocol to Prevent, Suppress and Punish Trafficking in Persons defines Trafficking in Persons as the recruitment, transportation, transfer, harbouring or receipt of persons, by means of the threat or use of force or other forms of coercion, of abduction, of fraud, of deception, of the abuse of power or of a position of vulnerability or of the giving or receiving of payments or benefits to achieve the consent of a person having control over another person, for the purpose of exploitation. Exploitation shall include, at a minimum, the exploitation of the prostitution of others or other forms of sexual exploitation, forced labor or services, slavery or practices similar to slavery, servitude or the removal of organs[4]. This bill talks about the broad concept of the human trafficking but lacks in terms of coping up with the current issues. Many children are made bonded labourers and girls are put into the prostitution business. Hence, a strong move should be taken by the government to overcome this problem.