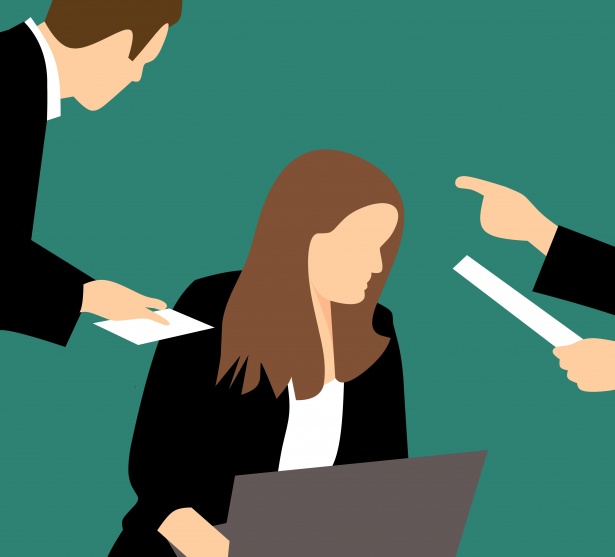 This article is written by Khushi Agrawal, a student of Symbiosis Law School, Noida. In this article, she has discussed the concepts of breach of contract in detail.

Breach of contract is the actual failure or refusal of the contracting party to fulfil (or a clear indication of its intention not to fulfil) its obligations under the contract. A breach may be affected by-

(1) repudiation of obligations prior to the commencement of the contract,

Infringement of a minor term (warranty) allows suing for damages resulting from the infringement but does not allow any party to treat the contract as discharged except where the terms of the contract override this implied legal provision. Unlike ‘contract rescission,’ a contract breach does not retrospectively operate.

Elements of a Breach of Contract

Existence of a Valid Contract

To claim a breach of contract, an actual, valid contract must be in place. It is not necessary to put a contract in writing as oral contracts are enforceable by the court system. However, three elements must be established to prove the existence of a valid contract-

An agreement must be entered into on the essential terms for the exchange of goods or services for something of value. Written contracts make it easier to prove such terms as they document specific terms agreed by the parties.

Every party to an oral or written contract must have received something of value. In other words, each party has something to gain in a valid contract. One party’s promise to provide a good or service without receiving anything in return is void.

Furthermore, a contract written to cover the provision of goods or services that occurred in the past is not a valid contract. Before the exchange takes place, a contract must be entered into to show that there was an agreement or “meeting of the minds.”

To be successful in breaching a contract lawsuit, the grieved party must show that they have suffered some type of loss or damage as a result of the breach. Current damages or loss may take the form of loss of money, time loss, loss of chance or many more losses.

What happens after a breach of contract?

If an infringement or allegation occurs, one or both of the parties may wish to see that the contract is implemented under their terms or try to recover for any harm caused by the alleged infringement.

If a dispute arises over a contract and informal attempts at resolution fail, the next most common step is a lawsuit. The parties may be able to resolve the issue in the Court of Small Claims if the amount concerned is below a specific rupees figure.

Not only are courts and formal lawsuits the option for people and enterprises involved in contract disputes, but the parties may also agree to review the contractual argument by a mediator or may agree to resolve a contractual dispute through arbitration. These are two “alternative dispute settlement” options.

Types of Breach of Contract

A breach of contract occurs when the terms of a contract are broken. At least one party to the agreement does not keep its part of the deal. There are various types of contraventions:

A partial breach occurs when some but not all of the contract terms have been fulfilled. The injured party may only sue for damages in this case.

If a Party does not do what it says in the contract, this leads to its destruction and makes that Party liable for violating the contractual damages. You may have the right to sue it, but only for “actual damages.” In the context of the Contract Restatement, the following must be shown to determine if a material breach happened:

One party can sue the other party for breaking the terms and possibly terminate the contract.

If a party fails, by the due date, to do what the terms say it will be an actual breach of a contract.

If one party ceases to fulfil its portion of the contract, which suggests that the agreement remains incomplete. For example, refusal of payment, lack of a product ordered, or the fact that one or more parties can not or will not fulfil their part of the deal. The violator may be sued and the other party may conclude the contract.

Both actual and anticipatory breaches can waste time and money.

Defenses to a Breach of Contract Lawsuit

As in all lawsuits, the defendant (the party being sued), has a legal right to offer a reason why the alleged breach is not really a contract breach or why the breach should be excused. It’s called a defense legally.

This happens when one person forces another to sign a contract through physical force or other threats. This can also invalidate a contract since both parties did not sign it from free will, a standard contractual requirement.

There are two types of errors in contract law: mutual error and unilateral error.

In the event of mutual mistake, both parties make an error in respect of the contract and it is usually a matter of whether the parties actually met. A question arises in such situations of the very existence of the contract. If the error changed the topic or the purpose of the contract substantially, the Court would not implement it.

Many types of cases have time limits imposed by law, deadlines by which a case must be brought and filed. A case of contract infringement may be dismissed if the defendant can show that the period of limitations has expired. The statutes of limitation cases are based on time limits that may vary according to the law of the individual State. The mentioned period is three to six tears for a written contract.

Remedies for a Breach of Contract

The other party to the agreement is entitled to relief (or a “remedy”) under the law when an individual or business breaches a contract. The main remedies for a breach of contract are:

Payment of damages (payment in one form or another) is the most common remedy for a breach of contract. There are many types of damage, including:

Difference Between a Material and Minor Breach of Contract

Contract breach may be material or minor. The obligations and solutions of the parties depend on the type of violation.

The company Revelations Perfume and Cosmetics sued the famous musician “Prince” and his music label in 2008, seeking $100,000 in damages for reneging on an agreement to help market their perfumes. In his 2006 album “3121,” the flamboyant pop star promised personal promotion of a new fragrance named by the company, and to allow the packaging of its name and likeness, Prince of the Nation.

Revelations asked the court to award more than $3 million in lost profits as well as punitive damages in its breach of contract complaint. However, the judge did not find any evidence that the pop star was acting with malicious intent and ordered him to pay almost $4 million in out of pockets for the cosmetics company. Revelations’ petition has been denied for damages to punitive and loss of profit.

Macy’s asked the court to grant a preliminary injunction to stop Steward from breaching the contract while the court considered the matter. J.C. was ruled by a New York judge in June 2014 twelve years later. In fact, Penney had passed Macy’s domestic diva contract in an attempt to sell products with her name. During the J.C. The contract was invalidated by Penney, and no immediate financial breach of contractual damage was reached and the legal fee and the cost of the proceedings may be limited, as the judge ruled that the case had no cause for punitive harm.