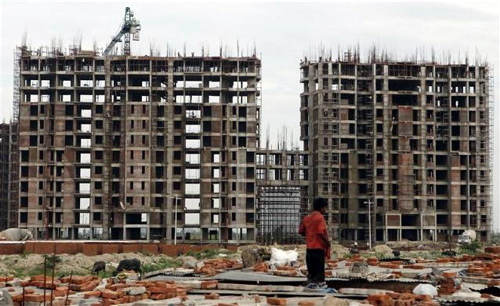 This article is written by Sachin Singh.

Any country having a robust infrastructure will be a strong economically, socially and politically developed country. It is far easier for such a nation to build up any superstructure like dams, high-quality bridges etc. If we go through the development history of all developed countries it tells us that unless a country is having sound infrastructure sectors, it cannot achieve rapid economic development. To understand these let us compare the per capita income of China and India, for the year 1980, where China had around 195$ and that of India it was 260$. China has been able to increase its economy as well as per capita income by putting its effort in developing its infrastructure such as roads, good quality highways, ports etc. Today, China is a manufacturing and engineering hub of the world, which helped in raising its per capita income to 10,000$, which is far more than India’s per capita income i.e. 2100$.

Indian government started focusing extensively on Infrastructure sectors from Twelfth Five Year Plan (2012-2017) and with subsequent investment of approximately Rs 2.05 lakh crores in various social welfare projects like “Housing for All”, “Smart Cities Mission”, “Setu Bharatam”. Except for a few, the Indian government has also opened up its infrastructure sectors 100% through an automatic route which means the least interference from government bodies. Further, in the year 2019 budget, $1.45 trillion is earmarked by the government of India to be invested in its all Infrastructure sectors for the next five years i.e. 2020-2025. If you see in the last decade India has seen tremendous change in its economic and social development, which could happen because of remarkable measures taken by the Indian government to uplift its infrastructure sector. Indian economy is known to be the third-largest economy in the world in terms of purchasing power parity and one of the ‘fastest-growing economies’ in the world. Even the national income of India has gone up from Rs 1,210 in 2010 to Rs 2,130 in 2019.

List of Sector and Sub Sector of Infrastructure Project

As per the Department of Economic Affairs following are the list of the sector and its sub-sector of infrastructure projects in India:

What are different types of Infrastructure Projects

Government Infrastructure Projects (PPP): Infrastructure projects which are owned, developed and implemented jointly by the Government and private sector, through a partnership arrangement or Joint Venture Agreement e.g. Mumbai Metro1 having JV between Reliance Infra (69%), Veolia Transport (5%) and MMRDA (26%).

The Road Sector is one of the most dominant sectors under the transport category. According to the National Transport Development Policy Committee Report of 2012, the road sector can handle 69% of freight and 90% of passenger traffic across the country. A good road network is a critical element of economic development.

A road network helps in connecting the remotest part of the country with the highly developed part. If a robust multi-modal transport system is built then the road network will act as a lifeline by connecting the gaps between the ports, railways with the customers. In 2017, a mega road development project has been approved by the cabinet known as “Bharatmala Pariyojana Phase 1” to optimise the efficiency of the passenger and freight movement throughout India.

In 2019-20, India has become the fastest highway developer in the world by increasing its capacity from 27kms per day to 40 km per day. The Indian government has declared to build around 60,000 Km of the road under Bharatmala project and at the same time focusing on upgrading the social infrastructure of the rural area by building high-quality rural roads under the aegis of Pradhan Mantri Gram Sadak Yojana(PMGSY).

Who are the stakeholders involved in road sector development

The state government has the jurisdiction of building state highways, major district roads and on the other hand construction and development of all the National highways which supports 40% of the traffic is the responsibility of the Central government. In the case of state highways, land acquisition, Approval and clearance, Utility shifting, Enforcement is done by the state government.

There are policies and regulatory level framework prepared by the Ministry of Roads, Transport and Highway.

Contractors, subcontractors, concessionaires who successfully win the bid to build the project.

Supplier/ equipment provider who supplies raw materials to the contractor/subcontractors.

What are the issues in the road sector

Broadly there are three issues such as financing, operational and other issues faced during different stages.

Some of the recent initiative taken by the government to tackle such issues:

Some of the Challenges in the Railway Sector

Some of the major achievements in the Railway Sector

Few of the initiative taken by the Indian government

India is one of the most after sought for the renewable energy market in the world. India is fourth in wind power, fifth in solar power and ranked fourth in renewable power installed capacity as of 2019.

India has clarified its intention through Intended Nationally Determined Contribution (INDC) to the UNFCCC, its goal of installing 175 gigawatts (GW) of renewable power capacity by 2022 by setting a new target to increase the country’s share of non-fossil-based installed electric capacity to 40% by 2030.

As of now, 23% of total power generating capacity is through renewable energy sources and 63 % is through thermal energy. The Indian government has aligned itself to be self-sufficient in fuel generation and that too through non-fossil-based fuels.

As of now, the installed renewable energy capacity stood at 87.26 GW, of which, solar and wind comprised 34.81 GW and 37.74 GW, respectively. Biomass and small hydropower constituted 9.86 GW and 4.68 GW, respectively. In 2019, India installed 7.3 GW of solar power across the country to be positioned as the third-largest solar market in the world. India has a potential capacity of 363 GW which can be harnessed by developing policies focusing on the renewable energy sector.

International Solar Alliance (ISA) is a reflection of India’s commitment to accelerate the development and deployment of solar energy for achieving universal energy access at an affordable rate. As on date, 84 countries have signed the Framework Agreement of the ISA. Of these, 62 countries have ratified the same.

Few of initiatives taken by the government

To add 30 GW of renewable energy capacity in the desert area of Gujarat and Rajasthan.

Rajasthan Government, in Budget 2019-20, exempted solar energy from electricity duty and focussed on the utilization of solar power in its agriculture and public health sectors.

Hydropower policy for 2018-28 was drafted for hydro projects in the country.

Three solar parks Kurnool (1000 MW) in Andhra Pradesh and Bhadla-II (680 MW) in Rajasthan and Pavagada (2000 MW) in Karnataka are fully operational. Largest Solar Park of 2,000 MW in Pavagada is under installation. The target of the Solar Park Scheme is to develop at least 50 solar parks with an aggregate installed capacity of 40,000 MW of solar power by 2021-22.

The Ministry and Renewable Energy (MNRE) has decided custom and excise duty benefits to the solar rooftop sector, lower of setting up as generate power, thus boosting growth.

Indian Railways is taking increased efforts through sustained energy efficient measures and maximum use fuel down emission level by 33 per cent by 2030.

Infrastructure development projects are of high investment, high risk, and long gestation period projects. In these projects, there are not only great risks due to the huge size of the project but also the return on investment from the use of the facility or services by the consumers is highly uncertain. It is this characteristic that makes Infrastructure development projects riskier than normal industrial ventures.

To achieve the GDP of $5 trillion by 2024-25, India needs to spend about $1.4 trillion on infrastructure. The challenge is to step-up annual infrastructure investment and lack of infrastructure become a binding constraint on the Indian economy. The National Infrastructure Pipeline (NIP) with Rs 102 lakh crore for FY 20-25 is one of the biggest boosts to the infrastructure sector from the Indian government. Still, we can see the pace of investment has been particularly low in some sectors such as telecommunications and oil & gas pipelines in comparison to electricity, railways, roads and ports. Due to multiple efforts by the government to attract private investment into infrastructure through the public-private partnerships (PPP) route have met with reasonable success, both at the Central and State government levels. A lot however still needs to be done to ensure that the need-gap is met.