This article has been written by Swasti Jain, from UPES, Dehradun.

International law is a grove of saplings and is comparatively a new branch of law. It has two sources: conventional and modern. However, since international law is dynamic and ever-changing, the list is open-ended. Many new sources have emerged with time. When there’s no provision in an international treaty or statute nor any recognized customary principle of jurisprudence out there for application in a world dispute, the final principles of law will be wont to “fill the gap.”

The commonest method of resolving disputes underneath the rule of law is by respect to and application of the language of applicable three-sided or bilateral treaties or statutes, or another writing that provides proof of the link and past positions of the parties to a dispute. Another technique is by respect to custom, the practice of a nation in a particular area or space (customary international law), and principles of law derived from such. However, what happens once there’s no such guiding authority for the good thing about those concerned in the resolution of the dispute? Such gaps are inevitable in any system, as well as the international one, as a result of treaties (contracts), statutes, and rules derived from custom cannot be designed to hide all things that produce disputes.

Jurisprudence provides a solution to its question for the resolution of international disputes: general principles of the law might not fill the void or “gap.” These could also be brought up, in concert authority, as “non-consensual” sources of jurisprudence. Luckily for the international decision or the domestic decision baby-faced with applying jurisprudence in an exceedingly specific cause, the solution will be found in Article 38(1) of the Statute of the International Court of Justice. This provision specifically authorizes in listing the sources of law to be applied by the Court, treaties, customs, and the general principles of law recognized by civilized nations. In any of the legal systems, there are many times when such a case arises in which there lies no law to cover.

There seems no available remedy within the law which can solve that point or dispute. So, in such cases, the solution can be arrived at either by a rule which may be deduced by analogy from an existing rule or to find a clear and a better solution that can be deduced from what it is called as General Principle of law.

It is seen with time that international law is a comparatively less developed system as compared with other systems. Sometimes there may exist various gaps which cannot be fulfilled or covered by the existing law in place then these principles come to the rescue to provide the remedy. These are inherent in any legal system for that matter.

This is stated because a judge in international law cannot abstain from making the decision on a dispute before it on the ground that there does not exist any rule for the present matter. This remedy has been derived from Article 38 of the International court of justice statute. There can be various general principles fulfilling certain conditions:

According to Spencer Bower, the English word estoppel is derived from the ancient word “estop,” a synonym of the word “stop. This term implied that an act connoting the acceptance of a given state of affairs would prevent an actor from subsequently denying or challenging that state of affairs. Thus, based on the etymology of the word, the legal principle is unrelated to the truth or falsity of the events in question. Rather it restrains a party from testifying or speaking as to the truth or falsity of those events. Most commonly, it can be described as a rule of international law that bars a party from going back on its previous representations when those representations have induced reliance or some detriment on the part of others.

The most comprehensive and most detailed aspect for the doctrine of law of estoppel was made by the International Court of Justice in the case of The Preah Vihear Temple Case which was between Thailand and Cambodia. The present paper discusses and analyzes the same case in an understandable manner by focusing on the concept of the doctrine of estoppel as enshrined under the general principles of law which is used as a source of international law.

The temple of Preah Vihear, a superb example of Khmer architecture dating from the 11th Century, is composed of a series of sanctuaries, dedicated to the Hindu god Shiva, linked by a system of pavements and staircases over an 800-meter axis. Though not as extensive as the better-known temple at Angkor, the temple at Preah Vihear shares some common hallmarks of Khmer architecture, including serving as a stylized representation of Mount Meru, the home of the gods, and a depiction of the Churning of the Sea of Milk.

According to its designation by UNESCO as a World Heritage site, the temple is “exceptional for the quality of its architecture, which is adapted to the natural environment and the religious function of the temple, as well as the exceptional quality of its carved stone ornamentation.”

The temple is situated atop a 1,700-foot cliff in the Dangrek Mountains on the border between Cambodia and Thailand, providing a panoramic view of the plains below. The temple was not always thought to lie on an interstate border and the story of how it came to receive that designation forms the basis for conflict that has continued until this day. Due to Article 1 of the 1904 treaty the temple came into controversy.

The dispute originated from agreements made of 1904–1908. In 1904, Indo China (present-day Cambodia), an Asian country (present-day Thailand) signed an agreement that established that a boundary was to be delimited by a Mixed Commission. The treaty established that the boundary ought to be in accordance with the truth watershed line.

In December 1906, a gathering was controlled within which it was united that the Commissioners would survey the realm within the Dangrek Region. In January Gregorian calendar month 1907, the President of the French Commissioners rumored that the realm had been surveyed. No formal results were free from the Commission as before long once the boundary their attention would be entertained to a different boundary treaty that was signed in March 1907.

After the survey had been completed, Siamese officers asked the French officials to draw up the Maps as they didn’t have the technical capability to try to thus.  The map was completed in the season of 1907 by French Officers, a number of UN agencies had been a district of the Mixed Commission. The Map was sent to the Siamese officers in 1908. The Map showed Temple Preah Vihear as being in Cambodian territory. This raised no compliance from Siamese officers.

In 1934-35, a survey by Thailand established that the true line of the watershed diverged from the road within the Map. Thailand never mentioned this in negotiations over the years that followed. In negotiations that passed in 1925, 1937, and 1947 they did not raise the problem. Also, in 1930, a Cambodian official greeted a Thai official once he visited the Temple. This never raised any grievance from Thailand. In fact, Thailand didn’t mention its grievance till 1958. Everything went straight.

Court’s reasoning on the claims made

Thailand claimed that as a result of the Mixed Commission had stopped functioning many months before the Map was created, it was non-binding. Nonetheless, the Map was bestowed to the Siamese government as being the results of the borderline in deep trouble the 1904 pact. The Court found that the Siamese government didn’t complain or raise any objection concerning this at the time of receipt and for several years later. The border from that Map was additionally employed in alternative maps revealed by each party within the years that followed. As such, the Court found that although the Map was at the start non-binding, it gained the character of a binding pact by Thailand and Cambodias’ conduct. This actually showed the implied consent from both.

The Map didn’t follow the true watershed line, thus it was void

After the Map had been completed, it was shown to the Siamese members of the Commission, none of the United Nations agencies complained concerning it. An equivalent factor happened with native Siamese authorities: United Nations agencies were acquainted with the world. The Court’s view was that if they didn’t object or complain once the Map was discharged, they cannot complain fifty years later which is very late.

Also, the divergence between variety or true watershed line and also the border illustrated within the Map had been established as early as 1934-1935. Nonetheless, Thailand had to continue to publish maps showing Temple Preah as being in Cambodian territory. Also, Thailand did not raise the matter in negotiations in 1937 and 1947, solely raising the matter in 1958.

Thailand claimed that as a result of it never accepting the Map, it was never required to lift the matter throughout the previously mentioned negotiations. It claimed that its body acts established this. The Court checked out the very fact that in 1930 a politician from Thailand was greeted by a Cambodian official once visiting the world. The Court recalled that Thailand had ne’er complained concerning this.

Also, the Court discerned that although Thailand had, indeed, shown some administrative body acts, it wasn’t enough to override the consistent administrative position that indicated that they accepted the Map as binding.

If it did settle for the Map, it was solely as a result of it thought the Map followed the true watershed line

The Court pointed that Thailand had accepted the Map, and enjoyed the advantages of getting a stable border, for fifty years before questioning the validity of the Map. Moreover, it discerned that the target once creating a boundary pact is sometimes to create a stable frontier – primarily, following the watershed was solely a method to realize that goal. Therefore, the Court thought it didn’t matter whether or not or not the Map followed the watershed, as a result of the aim of the pact was to determine a boundary. The court also held that Thailand was under an obligation to withdraw any military or police force which is stationed there and to restore to Cambodia any objects removed from the ruins since 1954.

This can be seen as the most comprehensive examination of the doctrine of estoppel which is made by the International Court of Justice in the Temple of Preah Vihear Case. Both Thailand and Cambodia claimed sovereignty over the territory which was a site of great historical and religious significance to both parties. But eventually, their series of conduct showed the shadow of the final decision given the court when the matter came before them. The court accepted the Cambodian version of estoppel.

Throughout the judgment, the elements of estoppel were seen. The court did not accept Thailand’s idea that it could declare the boundary line as null and void after fifty years. In the present case, the International Court of Justice was reluctant to the high degrees to declare the established boundary as void. The court found out that through the conduct made by Thailand it has accepted that map which ultimately on its own concluded that the Temple was situated on Cambodian territory. 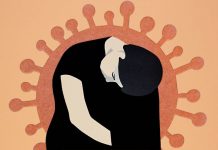 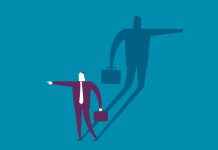 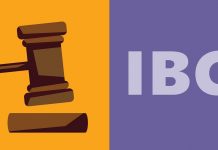