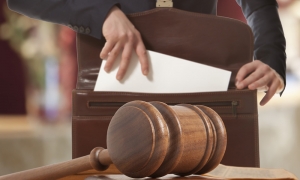 This article is written by Shilpi Goyal, a student of  Certificate Course in Insolvency and Bankruptcy Code from LawSikho as a part of her coursework. She works as an independent Legal Consultant to various companies in NCR. 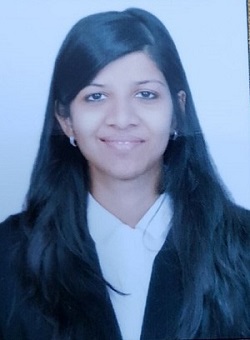 A creditor is a person/entity to whom a debt is owed. IBC categorizes creditors into:
i. Financial Creditors; and
ii. Operational Creditors.

An operational Creditor is a person under IBC as a person to whom an Operational Debt is owed and includes any person to whom debt has been legally assigned or transferred. Operational Debt has been defined as a debt in respect of the provision of goods and services including employment or a debt in respect of repayment of dues arising under any law for the time being in force and payable to Central government, State Government or any other local authority.

Constitution of Committee of Creditors

Committee of Creditors (CoC) is a committee consisting of Financial Creditors of the Corporate Debtor. This body forms the decision-making body in the Corporate Insolvency Resolution Process (CIRP)

As per section 18 of the IBC, 2016, it is the duty of the Interim Resolution Professional (IRP) to constitute the Committee based on all the claims received against the Corporate Debtor and determination of the financial position of the corporate debtor. It shall consist of those financial creditors whose claims have been received within the stipulated time.
Section 24(6) of the Code provides that each Creditor shall vote in accordance with the voting share assigned to it based on financial debts owed to such creditor.

Who can be a Member of CoC?

1. As per the IBC, only the Financial Creditors can be a part of the CoC. Operational creditors cannot be a part of the CoC. However, Operational Creditors whose claims amount to ten percent of the Total debt can be allowed to attend the meeting, however, they shall have no voting rights.
2. The voting power of the CoC is based on the amount of admitted claim in that respect.
3. A financial creditor shall be deemed to be the member of CoC from the date his claim is admitted by the IRP.
4. Inclusion of a Financial Creditor in CoC as a member subsequent to constitution of the CoC, shall not affect any decision taken by the CoC prior to its inclusion.
5. Directors of the Company cannot be a member of the CoC, however, they can be present without having any voting rights.
6. The related party shall not be representing the committee of creditors.

Meeting of CoC and its Quorum

To approve a resolution plan at least 66% of the Creditors should vote in favour of the plan. The Financial Creditor who does not become a part of the CoC have no voting rights. The calculation of 66% votes should be on the basis of CoC members who have come forward and whose claims have been admitted.

The IBC confers certain privileges on the Financial Creditors as against the Operational Debtors. The Bankruptcy Law Reforms reasoned that the members of the creditors’ committee have to be both with the capability to assess the viability, as well as be willing to modify terms of existing liability in negotiations. Typically, operational creditors are neither able to decide on matters regarding insolvency nor ready to take the risk of postponing payments for better future prospects of the entity. The committee concluded that, for the process to be rapid the creditors’ committee should be restricted to financial creditors only.
This differential was challenged on the ground that it is discriminatory and violative of Article 14 of the Constitution of India. However, the Supreme Court of India in the Swiss Ribbon Pvt Ltd v. Union of India upheld the constitutional validity of the IBC and held that classification between financial and operational creditor is neither discriminatory, nor arbitrary nor violative of Article 14 of the Constitution of India and there is an intelligible differentia between the two classes of the creditors which has a direct relation to the objects sought to be achieved by the Code.

Should lawyers be allowed to accompany the Creditor in Committee of Creditors?

In India, under the IBC, there is no provision which allows the lawyer to accompany his client in the Committee of Creditors. However, the IBC provides that where the creditor is unable to attend the meeting, he has the power to authorize any agent or any other person to go on his behalf. However, there is no provision which allows the corporate debtor to take the lawyer along with him in the meeting. Thus, the IBC, IBBI and the Courts rules are silent on this.

Whether the lawyer should or should not be allowed to accompany his client in the committee of creditors is a debatable issue. As discussed earlier, Financial Creditors are only given the power to vote in the CoC in proportion to their claim. The Financial Creditor includes both secured as well as unsecured creditors. Issues are decided by a majority of votes. The goal of the CoC is to maximize the value for the creditors. What constitutes maximum value may differ from one creditor to another creditor. One creditor may prefer immediate liquidation, while the other creditor may prefer a reorganization to ensure a continuous business relationship with the debtor. The challenge is to reconcile these differences.

It is clear, the secured creditor is at a better footing than the unsecured creditor. The reason for the same is:
1. The debtor has already provided security to the creditor against the debt. As a result, the Financial Creditor being a financial institution has other remedies to get back its debt. The Financial Creditor still has the remedy to approach the court under SARFAESI and recover its debt by auctioning the security provided by the debtor.
2. Once the liquidation process is initiated by the National Company Law Tribunal on the failure of CIRP, due to any reason, the Secured Creditor’s debt will be satisfied before the satisfaction unsecured debtor’s debt.

Thus, the Secured Financial Creditor’s and his debt are sufficiently secured under various laws.

Since the unsecured creditor is at a lower pedestal, the IBBI should allow them to be represented by their lawyer. This will help the creditor to secure his interest. The lawyer will have the required technical knowledge, which the creditor might not have. The lawyer would be in a better position to negotiate the restructuring plan, assess whether any fraudulent or preferential transfers are taking place and whether or not litigation is commenced. The lawyer can help the creditor suggest a viable plan protecting his interest and assuring the recovery of his money or reducing the risk. The lawyer can effectively assist the creditor in restructuring the business entity to maximize recovery in an expeditious manner.

Further, while litigating for his client, the lawyer would have a better insight about the proceedings in the CoC and would exactly know why his client did not get relief and represent him accordingly before the adjudicating authorities.

Bankruptcy often involves hundreds of directly interested parties. The counsel can assess and coordinate the host of divergent interests.

The lawyers can also act as mediators since they are adept at negotiations, they can navigate smoothly through the potential roadblocks.

Thus, this will ensure that the interest of unsecured creditors is also represented effectively and will mitigate the disputes as well as future litigations.

However, the only disadvantage that can be in this arrangement is that this may scuffle the whole process of Corporate Insolvency Resolution Process. It may cause unnecessary delay, and there may arise a situation where there is no consensus on a single plan.

Thus, Insolvency and Bankruptcy Board of India should devise a way wherein, it allows the advocate to allow them to accompany the creditor to the Committee of Creditors, and at the same time make such rules and regulations which assures that the entire purpose of CoC and IBC is not defeated.

Armed Forces (Special Powers) Act, 1958 – need of the hour to review it