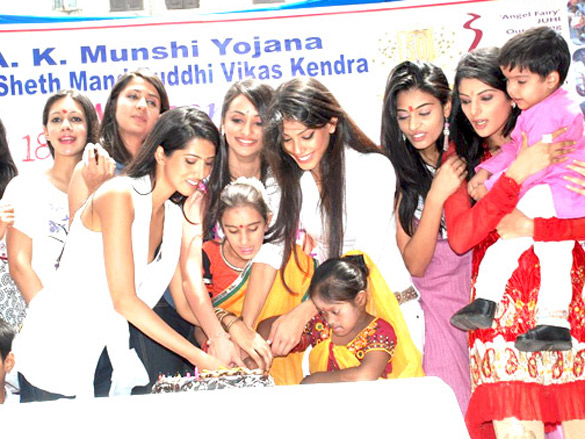 Mergers and Acquisitions in India are governed by the Companies Act of 2013 which broadly explains the concept of a ‘merger’ without expressly defining it. A ‘merger’ is a combination of two or more entities into one; the desired effect being not just the accumulation of assets and liabilities of the distinct entities, but organization of such entity into one business.[1] Mergers and acquisitions among companies worldwide and in India have been increasing in the past few years. However, mergers in the non-profit sector have been very few in number. Nonetheless, this question can be answered in the positive. Primarily what is to be kept in mind is the structure of the NGO i.e., how has it been incorporated. In India, non-governmental organizations can be set up under various laws. They can be registered as societies, trusts, or non-profit companies, speaking broadly. Merging two non-profit companies would be a simple task, and would have to be done in accordance with the Companies Act, 2013. Merging other kinds of NGOs is slightly more difficult but isn’t unheard of.

A large number of societies in India are incorporated either under the Societies Registration Act, 1860 or their respective state societies registration Acts.  This Act was passed by the British and was primarily based on The Literary and Scientific Institutions Act, which was passed in England in 1854.[2] Section 12 of the central Act provides that whenever the governing body of a society feels that it is advisable for the society to amalgamate with another society, such governing body may submit the proposition to the members of the society in a written or printed report, and may convene a special meeting for the consideration thereof according to the regulations of the society. However, no such proposition shall be carried into effect unless such report shall have been delivered or sent by post to every member of the society ten days previous to the special meeting convened by the governing body for the consideration thereof, nor unless such proposition shall have been agreed to by the votes of three-fifths of the members delivered in person or by proxy, and confirmed by the votes of three-fifths of the members present at a second special meeting convened by the governing body at an interval of one month after the former meeting.

Thus, an NGO registered as a society inter-alia is empowered to decide on its merger with another society, with previous approval of the registrar. However, a decision in this regard should be taken by the Cooperative Society in a special general meeting called for the purpose with two-thirds majority of the members present and voting for the resolution moved for the purpose. The Andhra Pradesh Cooperative Societies Act, 1964 is the only Act which prescribes the minimum quorum required to convene this meeting. As per this Act, the minimum quorum which can constitute the said meeting must be two fifth of the total number of members of each society.

Several states have made amendments to the main Act and provisions for merger, if any are governed only by the respective states and not centrally as the Act is silent on this part. The various ways of merging two societies in a few selected states are as follows:

Section 9 of the Andhra Pradesh (Telangana Area) Public Societies Registration Act, 1350 provides that by a “special resolution”, a society may alter the provisions of the memorandum with respect to change of objectives, to amalgamate itself with another society, or divide itself into two or more societies. For this, you need to convene two special meetings of the general body. Two-thirds of the members should approve the change in both the meetings.[3] Two-thirds of the members have to approve the change in both the meetings (Section 9). The time gap between the two meetings is not given. However, this is generally one month. Any alteration should be reported to the Inspector General of Registration and Stamps, Andhra Pradesh. The Government can pass an order to merge two societies or dissolve the society. However, in all the cases, the Government has to write to the society. In case of merger or division, the Government has to write about the proposal. In case of dissolution, the Government has to issue an order giving reasons for dissolving it. In both the cases, the Government should also consider any arguments by the society against the proposed order within a reasonable time.[4]

Societies Registration Act, 1860 as amended by President’s Act No.10 of 1954 is applicable in this region. You can alter the objects of the society, or merge with another society. Two general body meetings are to be convened (at interval of one month). Three fifths of the members have to approve the change.[5] The Government can issue an order to merge two societies or divide or dissolve the society.[6] However, in all the cases, the Government has to write to the society. In case of merger or division, the Government has to write about the proposal.

Societies Registration Act, 1860 is followed wherein to merge with another society, two general body meetings will have to be convened and three-fifths of the members have to approve the change.[7]

Two general body meetings need to be convened at the intevnal of one month. Three-fifths of the members have to approve the merger.[8] The change of name will turn out to be operative only when sanctioned by the Registrar (Section 12A). The change in name will not upset any rights or obligations of the society. It will also not disturb any legal proceedings by or against the society (Section 12B).

The conditions for merger are the same as stated in the preceding paragraph except that the alteration of memorandum of association shall not take effect until it is sanctioned by the Registrar who shall, before granting such sanction, satisfy himself that the alteration is not such as would have the effect of making the society ineligible for registration under this Act.[9]

In case two societies having operations in two separate states wish to merge, they should first be registered under the Multi State Cooperative Societies Act, 2002. They can merge by a resolution passed by a majority of not less than two thirds of members present and voting at a general meeting. The said resolution must contain all particulars of the amalgamation (Section 17(3)). The society concerned having extent of operation in more than one state must give notice on the subject in writing to all the members and creditors and irrespective of anything to the contrary contained in the bye-laws or contract, the members and creditors shall have the choice of withdrawing their shares, deposits or loans within a period of one month from the date of service of the said notice (Section 17(4)). The members or creditors who failed or declined to exercise their option within the specified period of one month shall be deemed to have agreed to the proposals contained in the said resolution (Sec.17(5)). The said resolution will not take effect until the assent of all the members and creditors has been obtained (Section 17(6)(a)).

There is no central Act that governs trusts, but each State has enacted its own Act that governs trusts. Section 50A(2) of the Bombay Public Trusts Act allows two or more public trusts to be amalgamated or merged into one single legal entity by framing a common scheme of management or administration. Private trusts do not enjoy the same status and benefits as those of an NGO/public trust. Moreover, most of the trust deeds contain an amalgamation clause which proves useful in cases where two public trusts are to be merged. It should be noted that there are no provisions for merging a public trust with a society.

Companies incorporated under Section 8 of the Companies Act, 2013 (Section 25 of the 1956 Act) are non-profit companies. These may be founded upon social or religious purposes for the welfare of all. These may be incorporated for the promotion of commerce, art, science, sports, education, research, social welfare, religion, charity, protection of environment or any such other object. The company registered under this section shall enjoy all the privileges and be subject to all the obligations of limited companies. Section 8(12) provides that a company registered under this section can amalgamate only with another company registered under this section having similar objects. However, in case such a company wishes to merge itself with a company of another kind, Section 4 provides that it can seek approval of the Central government to alter its memorandum or articles and after complying with the conditions as prescribed.

Thus, a merger between two NGOs is not impossible at all if certain legalities and procedures are taken care of and complied with. There have been several NGO mergers worldwide and the reason is that it is an effective way to deliver better services at a lower cost. Often times, it also saves the weak NGOs that are finding it difficult to fund themselves. What is needed is more awareness that these kind of arrangements are possible, and a positive approach towards the same.

[1]Nishith Desai Associates, Mergers and Acquisitions in India, available at: http://www.nishithdesai.com/fileadmin/user_upload/pdfs/Research%20Papers/Mergers___Acquisitions_in_India.pdf(Last visited May 31, 2016).