This article is written by Rahul Kulkarni, pursuing a Certificate Course In Companies Act from Lawsikho.com. Here he discusses “Can Shares be issued at a Discount? When?”. 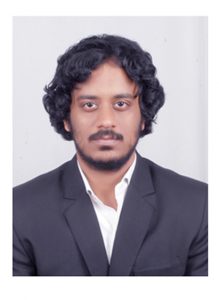 Essentially, a share represents a particular level of ownership of a shareholder in the company. Such shareholder has a claim on the profits made by the Company and the income so received is known as ‘dividend’.

It is a security that signifies an investment and ownership in the Company.

Why a Company issues shares?

A Company issues shares out of its share capital as authorized to do so, depending on the type of company it is and as per its incorporation documents i.e Memorandum of Association and Articles of Association.

It does so for the simple reason that a Company needs to grow in its business and for this, it must be willing to raise money. In order to do so, it will issue a prospectus to invite those willing to take an interest in its business and they will be known as potential investors. After the prospectus is issued, applications are received and then the shares are allotted.

This remains as one of the most efficient ways of raising capital by increasing ownership stakes thereby creating numerous interests in the business of the company which will help it thrive.

Types of Issue of Shares

The ways of issue of shares can be

1. Issue of shares for consideration other than cash

2. Issue of shares for cash

Furthermore, issue of shares can be

3. Issue of shares at discount

When the issue of shares at discount is prohibited?

It clearly prohibits the issue of shares at discount as it states in its clause (2) that any share (which means either equity share or preference share) issued by a company at a discounted price shall be void.

It also provides in its clause (3) for penalty, to a company or officer in default, an amount equal to the amount raised through such issue of shares at discount or five lakh rupees, whichever is less. The company shall also be liable to refund all monies received with interest at 12% p.a from date of issue of such shares to the persons to whom such shares have been issued.

It is interesting to note that unlike the new Companies Act, the erstwhile Companies Act of 1956 provided in its section 79 for the power of a Company to issue shares at discounts after prior approval of the Company Law Board was obtained.

Under the new Act, S. 53(1) provides that there is an exception to this section and this exception has been provided for in s.54 of the Act which has been discussed below

When issue of shares at discount is not prohibited?

Sweat Equity Shares are fundamentally different from Employee Stock Option Plans (ESOPs) in the sense that sweat equity shares serve as both a reward and incentivization mechanism for the performances and contributions whereas ESOPs serve as purely an incentivization mechanism in order to encourage the employees to perform better due to their ownership element in the Company.

S.54 of the Act provides for the conditions for the issue of sweat equity shares:

2. Issue of shares to creditors

S.53(2A) of the Act provides that the Company may issue such shares to its creditors when its debt is converted into shares –

This has been a recent provision brought about by the Companies Amendment Act 2017.

“The amendment would provide a flexibility to creditors to convert their debt into shares issued at a discount which was earlier prohibited. This amendment would address the concern that when a company goes into insolvency its equity value is eroded and it is not a viable proposition to convert loan into shares at face value,” said Anshul Jain, partner, Luthra & Luthra Law Offices.

The other few possibilities of when a Company may issue shares at discount are:

A company may have to raise additional capital for its growth or preservation or whatever the reason might be. It is allowed for such further issue of share capital as u/s. 62 of the Companies Act 2013

“The basic idea is to raise fresh capital. A rights issue is not a common practise that a corporate organisation resorts to. Ideally, such an issue occurs when a company needs funds for corporate expansion or a large takeover. At the same time, however, companies also use rights issue to prevent themselves from being conked out.

Since a rights issue results in higher equity base for the organisation, it also provides it with better leveraging opportunities. The company becomes more comfortable when it comes to raising debt in the future as its debt-to-equity ratio reduces.”

Such a spectacle was seen in the beginning of 2019 when Vodafone Idea resorted to a rights issue at a deep discount in order to combat the competition of Airtel’s rights issue and also against Reliance Jio.

This rights issue of Rs.25,000 crores was seen to be the largest ever by any company in the country, being priced at Rs.12.50 a share.

This issue was oversubscribed nearly by 1.08 times

An IPO is the first issue price of an unlisted company’s share capital, which thereby then becomes a listed company.

AN IPO maybe eventually followed by a Follow on Public Offer (FPO) which means the issue of shares by the now listed company to the investors or existing shareholders. Here, discount may be given again to the retail investors in the permissible limit.

An OFS is when shares are sold by listed companies (acting as sellers) in a transparent manner in order to dilute the promoter stakes or holdings, done so in compliance of the minimum public shareholding norms as per SEBI.

An investor can apply for the OFS as a retail investor if he fulfills certain conditions.

The SEBI OFS guidelines provide that the sellers can offer discounts to retail investors.

In an OFS issue of shares, the sellers will have to mention the details of such discount being offered in the OFS announcement notice.  The discount is usually given either on the bid price or on the final allotment price.

The many ways of issuing shares at discount have thus been listed. It is important to make sure that there is no violation of S.53 of the Act which has been brought about by a recent amendment as it can be seen that it provides for strict punishment for the contravention of its provisions.