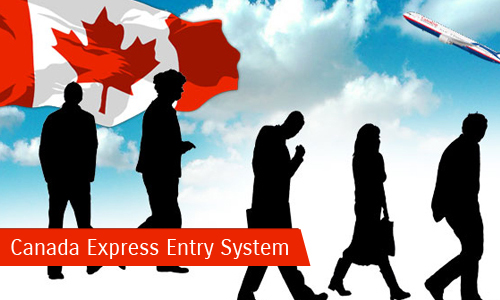 The Express Entry system is the fastest way to move to Canada as a permanent resident. The immigration management program is entirely online system, and makes the Canadian immigration process enormously efficient for capable candidates from across the globe. Most Canada PR candidates submit their application under Express Entry is processed in six months or less. To ensure you have the best potential chance of being chosen for immigration to Canada, you can retain the services of a Toronto Immigration Lawyer who can assist you take the essential steps before and during your application to develop your chances of success.

The Canadian Express Entry program has been implemented in January 2015 for managing immigration applications for numerous of the country’s economic immigrant programs, including Canadian Experience Class, Federal Skilled Worker and Federal Skilled Trades. People who desire to migrate to Canada for living and working can officially express their interest in becoming a permanent resident of Canada by creating an Express Entry profile. They have to meet the criteria for at least one of these immigration programs under Express Entry. Once added to the Express Entry pool, applicants are scored according to the program’s point-based Comprehensive Ranking System (CRS), and the CRS score will determine the applicant’s rank within the pool. Then, applicants with the highest scores will be invited by the Citizenship and Immigration Canada (CIC) to apply to immigrate to Canada as permanent residents.

A candidate’s Express Entry profile are accessed and ranked by the program’s CRS according to main predictors of economic success, factoring in their education, work experience, skills, language abilities, and a range of other elements that are recognized to help immigrants flourish in Canada. Eligible employers as well as Provinces and territories in Canada, can also directly take on potential immigrants from the Express Entry pool, and applicants who receive an eligible job offer or a provincial nomination are rewarded with a significant number of points which give their Express Entry score a major boost.

If a territory or province of Canada has already nominated you under their Express Entry program, you must insert the nomination to your Express Entry profile in order to receive the additional CRS points. To do so, follow these instructions.

Once you accept the Canadian Province Nominee Program nomination, a confirmation letter in PDF format in your MyCIC account is delivered.  Moreover, a copy of your nomination certificate will also be mailed to you in your email id. But, please be aware that provincial nominations attained through the conventional paper-based process, called base nominations, cannot be processed under Express Entry.

How many People are allowed to Apply for Express Entry?

There is no limit on the number of potential immigrants who can submit Express Entry Canada applications. As a consequence, there is a different range of occupations, experience and qualifications for companies and provinces to select from to fill their labor market shortages. Besides it, the pool will contain all candidates with high-quality skills and experiences, rather than just the applicants who submitted their applications without meeting the eligibility criteria. This being said, the number of folks given an Invitation to apply for Canadian permanent residency are subjected to the Annual Immigration Levels Plan which set out a basic series of admissions for the Express Entry Program.

The Express Entry program is not only designed to immigrating overseas people, but also to satisfy the need of the Canadian Labor market, a positive Labor Market Impact Assessment (LMIA) or nomination from a province can give an applicant extra points that may enable them to grade high enough to meet the criteria for an Invitation to Apply. This also means that any deficiencies found in the Canadian employment market can be evaluated and addressed in a small space of time, which could be very useful to Canada’s economy.

Citizenship and Immigration authority has committed to process the most Express Entry PR applications within 6 months. It means that number of Express Entry applicants will be able to enter the job market and begin contributing to the Canadian economy in a very little space of time.

Invitation to Apply for Permanent Residency in Canada

If an Express Entry Canada immigration applicant is chosen out of the pool during an Express Entry draw, then he or she will be given an Invitation to Apply for Canada Permanent Residency. Once received an ITA, candidates have 90 days to submit their application for Canadian permanent residency.