This article has been written by Ishaan Banerjee, studying in Vivekananda Institute of Professional Studies. This article would serve as an answer to your questions about the Delhi Judicial Services and its entrance exam.

Delhi, being the capital city of India, is a bustling hub of activity. Be it commercial, legal, cultural or any other area, Delhi finds itself at the heart of it all. Speaking about the legal sector, Delhi has all the super important courts and prominent organisations and firms’ headquarters, like the Principal Bench of the National Green Tribunal and that of the National Company Law Tribunal, among others.

Thus, a lawyer or an aspiring lawyer would probably look to practice in Delhi or even be a judge in Delhi! One cannot deny that this is surely a lucrative opportunity. One can do this by applying to and passing the Delhi Judicial Services Examination.

What are the Judicial services?

Exams are conducted only at the District and the High Court levels. The intricacies of this examination system are given in the next section of this article.

Plans for an All India Judicial Service have been floated many times, but they have been faced by opposition. However, the government has once again brought up a plan to set it up in 2020.

How can you become a Judge in the Delhi Judiciary?

First off, one has to know that there is a State judiciary present in every State and they all conduct their own independent competitive exams for admission to their judiciary. Similar is the case with Delhi.

However, there are actually two ways to become a part of the State judiciary-

Even inside this, there are two levels of judicial services.

Stage 1: Preliminary Exam: This exam is held in objective multiple choice questions (MCQ) format. The subjects covered under the preliminary exam consist of English,general knowledge and law which includes topics like the Penal Code, Constitution, Evidence Act, Contract Act etc. It also tests the candidate’s command over English and his aptitude for the law. There shall be 200 MCQ questions with deduction of 0.25 marks for each incorrect answer and 1 mark being awarded for a correct answer.

Stage 2: Mains exam:  When candidates qualify the preliminary exam , they become eligible to give the mains exam. This is a subjective exam. The pattern of the Mains exam consists of two sections: namely General Knowledge (100 marks) and the other section is Language and Law,  which also have Civil Law -I, Civil Law-II and Criminal Law as papers. In section II, Language paper has a weightage of 150 marks whereas the others will have a weightage of 200 marks.

Stage 3: Viva voce/ Interview: If the candidates have passed both the preliminary and the mains exams, then they are eligible to give the interview, which would be the final stage of the Delhi Judicial Services Examination, after which they would be shortlisted. This carries a weightage of 150 marks.  Depending upon the combined score, the candidates will be shortlisted for judicial posts. They need to get at least 50% marks in this round to qualify for the shortlisting process. However, the marks of the preliminary exam would not be considered while making the final merit list.

Here is the syllabus in a tabular form-

When does the exam take place?

It is important to remember that since the judicial service exams are vacancy based, they are not conducted every year. The online application for the exam is usually released a month before the exam is conducted. In 2019, the registration for the exam began in August and ended in September, when the preliminary exam was held.

Mode of applying and mode of conducting the examination

The applications for the Delhi Judicial Services Examination is given through online mode, with an application fee of Rs. 1000, while the exam is conducted in the offline mode.

Perks of being in the Judicial Services

When you become a judge, you finally know how it feels to be bringer of justice. It gives the opportunity to serve the interests of the people and makes the society a better place to be in. A judge also commands a position of great respect in the society. Apart from your own personal satisfaction, being in the judicial services also gives you benefits like rent free accommodation, subsidised water and electricity, telephone allowances and children’s education bursaries. The quality and quantity of these perks is typically observed to be better than those of civil officers.

With the coming of the 6th Pay Commission, the pay for most judicial officers is good. Judicial officers also are almost always posted in districts, not in remote rural places unlike civil officers. 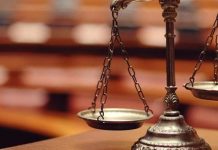 All you need to know about the Punjab Judicial Services 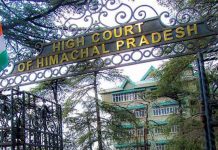 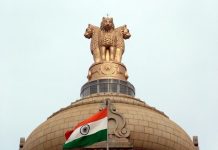 Things you Need to Know about the Indian Judicial Services Exams