In this article Aditya Shrivastava, Content Marketing Manager at iPleaders speaks about career opportunities for lawyers after the implementation of GST.

GST in India has caused quite a stir in the past year. While most of the professionals are worried about what is going to be the future of various services with the change in indirect taxation, others are busy training themselves on the current tax regime. There is no denying the fact that any change takes time to settle in and is uncomfortable in the first instance.

GST has far-reaching consequences. It is going to impact the way companies work and they will have to now work on changing their functions on various levels. Companies, startups, professionals, everyone is skeptical and equally scared about the pandora’s box that GST might prove to be.

However, a report by Economic Times has a different story to sell. The article titled, “Lawyers are smiling as GST set to fuel the litigation wave” has brilliant insights to offer as to how the current GST regime is all set to rocket the speed of tax law practitioners.

How can we conclusively say that the current GST regime is going to be beneficial for the lawyers?

As per a world bank report, GST is one of the most complex and highest tax regimes in the world. Currently, GST is applied in 4 slabs or brackets, which range from 5 to 28%. This sort of disparity is most likely to attract thousands of lawsuits. As per a report by Economic Times, India already has a backlog of 24 million cases. In May 2015, there were roughly 1 Lakh indirect tax cases pending in the courts alone. With the difference in levying the tax, requirement for cumbersome compliances and massive potential for state versus central or individuals versus state disputes, the tax cases are most likely to be on a rise.

It is undeniable that individuals keep fighting to get as much tax exemption as they can. For example in the McDonald’s case, it was contested for 12 years whether a soft serve should be considered as an ice-cream and attract duty or not, these are examples which reflect the struggle of individuals to avoid taxes. In an interview with Economic Times, Mr. Arvind Datar designated Senior Advocate at the Supreme Court of India said, “The new regime will increase classification and valuation disputes as companies dispute which brackets they fall into or push to keep their valuations lower, legitimately or not.”

Our in-house expert Mrs. Komal Shah who has designed an online course for GST, keeping such opportunities in mind, says, “GST is not just complex but extremely unclear. The future has it that there will be innumerable disputes because of the interpretation issues of GST. The applicability of various tax slabs is going to only make the situation more grave. You can expect individuals to try their best to claim fully functional input tax credit and this will only lead to more disputes. Moreover, there still remains a lot of issues related to cross-border transaction or refund related transaction. Who is going to take care of that? CAs? Maybe! But for all the disputes they are going rush to the lawyers. ”

You can imagine, there are going to be 11 types of tax returns which need to be filled by any kind of taxpayer. There is a list of compliances that need to be followed by various companies like uploading details of purchases and sales, filing returns thrice in a year, securing a GSTIN, etc. All of this is a cumbersome process and will only result in better prospects for lawyers.

What are the law firms doing to tackle the situation?

Law firms in India are all set to tackle the new set of challenges that GST has in store. Mr. Sandeep Chilana, a partner at Amarchand and Mangaldas in an interview with Economic Times had said, “I absolutely expect more litigation, so we are increasing our team. The most impacted industry by GST is my industry. And we are obviously impacted positively.”  Another report by Livemint states how Jyoti Sagar Associates (JSA) sent Mr. Ashok Dhingra to Canada during winters to understand their goods and service tax to cope up with the new laws in India.

In the same article Mr. Rohan Shah, a partner at Economic Law Practice (ELP) calls GST, “a game changer.” The enactment of the new Act has made any lawyers knowledge of indirect tax redundant.

Prof. Nilima Panda, a tax law professor, agrees. On speaking to her over a call, she particularly emphasised on how the new law has made all the previous modules, books, research and case laws more or less ineffective and how she has to work each day to ensure that every new discussion, dialogue or any update related to GST is taught to the students.

Training the associates in the law firms seems to be a matter of great concern now. Where JSA made huge investments to retrain their team once GST came in full-fledged force, Lakshmi Kumaran and Sridharan (LKS) prepared by understanding GST of countries like the United Kingdom, Australia, Canada, etc.

While the law firms are bucking up to face the situation, what are independent practitioners, law students, indirect tax experts doing?

It remains a widely known phenomenon that law firms and companies have the required resources and time to get their base strong about any new enactment. While they are busy to ensure that they have a full proof plan to combat GST cases and remove the potential harms that can arise out of it, there is no data to understand how the independent practitioners or indirect tax experts are dealing with the situation.

Students of law schools are also extremely discontented, especially those who aim to make a career in tax law or are appearing for interviews. A student who is graduating in May 2018 confessed that she had to answer questions about GST in every interview, given the fact that she studied tax law prior to the implementation of GST she had a very limited idea and couldn’t fare well in the interview.

As per Prof. Nilima Panda, GST law is still evolving and there are reports that the GST council meets 3 times in a month to ensure that the governing law covers every aspect. However, that is a time taking the process and until then the resources to learn GST are very limited. “It will settle down in another 10 years, it will take time, but it will settle down.” says, Mr. V. Lakshmikumaran, Managing Partner at LKS, as per a report by Economic Times India.

Can you imagine what can happen in the next 10 years if you start reading about GST and its implications right now? What if I told you that although there exists next to no learning material on GST, I have found a course that teaches you GST online?

This online course has a comprehensive coverage of all that you need to know about GST. Right from the basics to the practical application of GST, you can know it all. I understand that it is tough to believe, and you might not trust me at the first go. You can download the free sample yourself here and see if it is worth giving a shot.

When all the law firms are planning to expand and are eagerly looking for lawyers with knowledge on GST to join their team, a little effort on your end shouldn’t really hurt, right?

To a bright career that is in store for you. All the luck. 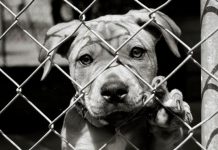