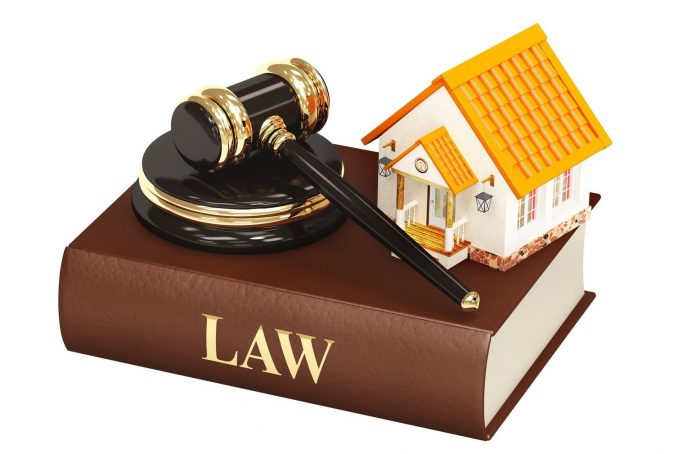 For a student of India who studies innovation and technology, there is a family that holds great importance. This is the Somany family. Somany family started its first business venture in the form of a banking business in 1696 A.D., later adding in to its profile trading and manufacturing activities. The Group is presently divided in different sectors mainly due to the major family business partition that they underwent in 1994. This is partly the evolution story of the group which now controls a considerable number of business entities and avenues in India. Steel, Engineering, Oil and Energy, Education and Interior Design and Ceramic Industry to name a few.

Importance of the case

This case is important not only because it was one of the many disputes that the Somany family had to undergo after its partitioning, but also as it defines the scope of certain important legal principles relating to the family business structures and the application of the principles of partitioning in India.

The judgement of this case is based on 9 petitions which have been filed by 9 companies that are under the control and management of Shri S. K. Somany (SKS). SKS belonged to the Somany family which controlled a considerable number of business entities. The Somany family business was partitioned in 1994 which resulted in a division of the family business and an allocation of the companies. According to the family settlement reached thereto SKS and his brother H.L. Somany (HLS) agreed to jointly manage the two major companies SPL Ltd. (SPL) and Soma Textile Ltd. (STL) and any other companies in their group. The two manufacturing units of SPL were managed by SKS and HLS while HLS was the chairman of SPL and SKS was a Director. But the two manufacturing units of STL were wholly under the control of SKS. The Respondents in this matter are 9 investment companies which collectively hold 17% and 36% of the shares of SPL and STL respectively. The main dispute arose when HLS tried to take control of these 9 investment companies by inducting his own family members and associates as directors without notice to SKS in the AGMs of these companies in February and April, 1998. Another allegation was a further issue of shares of Sarvapori which resulted in a downgrading of the shareholding of SKS and a consequent upgrade of the shareholding of HLS. There is a further allegation of sale of shares in one of the investment companies called Sarvottam without the knowledge of SKS.

Whether there should be equality of directors from both SKS and HLS groups in these companies and also as an independent Chairman?

Accordingly, it was submitted for the Petitioners that it has been agreed between SKS and HLS that all the investment companies which hold shares in SPL and STL would be jointly managed by appointing those mutually agreeable to both as directors. Therefore, SKS should also have equality in the Board of Directors of the nine Respondent-Companies. The Petitioners stated that there should be equality of directors from both SKS and HLS group in these companies and also an independent Chairman. They further sought for an Order and a declaration of the Bench partitioning the assets held by SKS and HLS groups in the respondent-companies equally between the two groups. It was also submitted for the Petitioners that taking into account the nature of the Respondent-Companies (i.e. they being family companies structured in the nature of incorporated companies that partnership principles should be applied and assets of these companies should be distributed between SKS and HLS equally.

It was submitted for the Respondents that the Company Law Board to which this matter has been referred to had no jurisdiction to determine the issue relating to the claim of 50% ownership as there is a pending proceeding in the High Court where the Petitioners have made a claim on joint management and that to avoid any conflicting decisions the Company Law board should either stay these proceedings or dismiss these petitions. It was further submitted that even though joint management could be established, it does not necessarily mean equal shareholding. As there is no deadlock in the management of the companies there is no foundation for a claim of division of the assets between the two groups. As none of the Petitions contain allegations of mismanagement or financial impropriety as required under the Companies Act. There are no sufficient grounds established in the Petition to justify the winding up of the company and grant relief under Section 402, and as no shareholders can claim the properties of a company except in a winding up the claim of Petitioners for the division of assets does not arise. However, Petitioners went on to state that per Articles 136/142 of the Constitution that even when the allegations of oppression are not established, the court is not powerless to strive for justice between the parties, but that cannot be applied in a proceeding under Section 397/398 before the Company Law Board.

For the 9th Respondent it was submitted that by its nature, SPL was a joint venture company with foreign collaboration and is currently a publicly listed company. As it is not a family company, the division of the business on partnership principles does not arise. The partnership principle is also not applicable in the case of the respondent companies as SKS and HLS do not have an equal shareholding in them. Citing the case in K.N. Bhargava v. Trackparts of India Ltd., he stated that the Company Law Board directed for division of assets to avoid any deadlock in the management of the company as both groups were involved in the management. But as in many of the Respondent companies of this case SKS is not even a shareholder the only order that could be passed is that the petitioners complaining of oppression should be asked to sell their shares held in the respondent companies. In answer the Petitioners submitted that as all the Respondent companies were promoted by trusted employees to both HLS and SKS and that their Directors were approved by both HLS and SKS and that HLS and SKS held no directorship in them. But,  when equality in the management is disturbed by removing common employees and putting the people of one group, it would definitely amount to a gross act of oppression.

How did the court interpret the regulations associated to this case law?

The Court adamantly refused the contention that the Company Law Board has no jurisdiction to hear this matter and stated that the observation of the apex court that the court is not powerless ensure justice between the parties even when acts of oppression are not established, is a proposition made with reference to the powers of a court in dealing with Section 397 petition, and thus is applicable to the Company Law Board as well. The Court further observed that in the exercise of its equitable jurisdiction the Company Law Board has the discretionary power to ensure justice between the parties in the manner it considers fit with a view to protect the interest of the shareholders and the company. The Company Law Board also noted that the Respondents submission in the  Needle Industries (India) Ltd.’s case is not correct and in that the Court had only observed that the case is not a proposition to compel the company or the unwilling respondents to purchase the shares of the petitioners when the acts of oppression are not established and it has not observed that no equitable remedy could be considered if the acts of oppression are not established. It further held that the said case has been applied by various High Courts to the effect that even when acts of oppression are not established, in facts of a case, appropriate relief/directions could be given.

Answering the allegations made by the Petitioner – companies on the non-receipt of notices for the AGMs in which certain directors were appointed the Court noted that the Petitioners and SKS has been unable to establish that if they had participated in the AGMs of the respondent-companies, the appointment of directors would not have been approved. Accordingly, the Court further held that they cannot consider that the appointment of directors in these AGMs is an act of oppression against the petitioners/SKS. However, in light of the non-receipt of notices the Court directed that the respondent-companies to convene an Extraordinary General Meeting within a month from the date of receipt of this order with a notice to the petitioners and also to SKS in respect of the companies in which he is a shareholder and get the appointments rectified and also all other resolutions carried through in the AGMs held in 1998. With regards to the allegation of shares issued by Sarvopari the Court held that SKS not rebutting the claims made by the Respondents that SKS utilised consideration received for investment in Soma which is under the control of SKS and that the share certificates had been issued under the signature of SKS and thus SKS cannot allege oppression. With regards to the allegation relating to sale of shares held by Sarvottam in SPL, the Court held that as the pledgee had sold the shares as averred by the company, then such cannot be considered as an act of oppression.

The Court stated that taking into consideration the family settlement and to the fact that there has been a joint management of SPL and STL, it should order division of assets of these 9 respondent companies between SKS and HLS. It further stated that even though both SKS and HLS groups hold shares in the respondent companies, a substantial percentage of the shares in these companies are held by various companies known as common companies, whose shareholding patterns are also complicated. Court found that the interest of SKS in both Soma and SPL are protected and also due to the pending proceedings before the Calcutta High Court declined making an order on the division of the assets of the companies. However, the Petitioners were granted leave to appear before the court in the event the declaration requested by them is granted by the Calcutta High Court.

There were several points of law that were established in this case.