This article is written by Pragya Bajpai, pursuing a Certificate Course in National Company Law Tribunal (NCLT) Litigation from LawSikho.

This blog post is aimed to discuss the case of State Bank of India v. Metenere Ltd., wherein an important issue on the appointment of an Interim Resolution Professional (IRP) under Insolvency and Bankruptcy Code, 2016 (“IBC” or “Code”) arises for consideration before the National Company Law Appellate Tribunal (“NCLAT”) i.e whether an ex-employee of a financial creditor is ineligible to be appointed as an IRP?

NCLAT in the said case sets a new precedent which is contrary to its view in the case of State Bank of India v. Ram Dev International, wherein the Appellate Tribunal while deciding a similar issue of ineligibility of an IRP on the ground of being on the panel of one of the members of the committee of creditors, held as follows:

“We have already held that except for pendency of a disciplinary proceeding or ineligibility in terms of provisions of the I&B Code, there is no bar for appointment of a person as the Resolution Professional. A resolution professional if empaneled as an advocate or Company Secretary or Chartered Accountant with one or other ‘Financial Creditor’ that cannot be a ground to reject the proposal, if otherwise there is no disciplinary proceeding pending or it is shown that a  person is an interested person being an employee or in the payroll of the Financial Creditor.”

Before dwelling deeper into the contrasting decisions of the above two judgments, it is pertinent to first understand the legal framework surrounding the appointment of the IRP under the Code.

The applicant making an application for initiation of Corporate Insolvency Resolution Profession (CIRP) before the Tribunal shall along with their application propose the name of a Resolution  Professional who is to act as an IRP. Thereafter on the admission of a CIRP application made under Section 7, 9, or 10 of the Code, the NCLT shall appoint the IRP per the provisions of Section 16 which provides that the proposed IRP shall be subject to disqualification if he has any disciplinary proceedings pending against him.

The next question is who is eligible IRP/RP for an appointment under the Code? To ascertain the eligibility criteria of the proposed IRP, let us refer to Regulation 3 of Insolvency and Bankruptcy Board of India (Insolvency Resolution Process for Corporate Persons) Regulations, 2016 (“CIRP Regulation”) which states that to be eligible for appointment, the IRP/RP must be independent of the corporate debtor. The explanation to the said regulation further provides the grounds to ascertain the independence of the IRP/RP from the corporate debtor which reads as follows:

“Explanation– A person shall be considered independent of the corporate debtor if he:

(b) is not a related party of the corporate debtor; or

(c) is not an employee or proprietor or a partner:

(i) of a firm of auditors or 6 [secretarial auditors] in practice or cost auditors of the corporate debtor; or

(ii) of a legal or a consulting firm, that has or had any transaction with the corporate debtor amounting to 7 [five percent] or more of the gross turnover of such firm, in the last three financial years.”

Thus, the above provision specifies the independence of the IRP/RP from the corporate debtor. Lastly, the Insolvency and Bankruptcy Board of India (Insolvency Professionals) Regulations, 2016 (“IP Regulations”) under its First Schedule provides the Code of Conduct for Insolvency Professionals, which to specify the ‘independence and impartiality’ of the Insolvency Professional (IP) states that the IP must act with objectivity and must make disclosures in case he comes across any conflict of interests with the stakeholders during the timeline of his assignment and he shall also make disclosures to the Committee of Creditors (CoC) if he was an employee or has been on the panel of any financial creditor of the corporate debtor. It is to be noted that although the Regulation specifies disclosure of any past employer-employee relationship between the IP and the financial creditors of the corporate debtor, it does not disqualify the appointment of IP if the case may be. 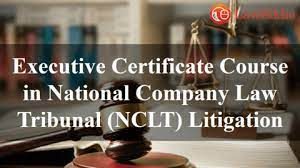 Brief background of the case

The Financial Creditor, State Bank of India (“Appellant” or “FC”) had filed a Section 7 application before the NCLT, whereunder the Appellant had proposed the name of Mr Shailesh Verma to be appointed as an IRP. The corporate debtor i.e. M/s. Metenere Ltd. (“Respondent” or “CD”) raises an objection of apprehension of bias on the appointment of the proposed IRP on the grounds that he was in past service of the FC since 1977 before retiring in 2016. In response to this particular objection raised by the CD, the NCLT in its impugned order dated 04/01/2021, held the apprehension of bias of the proposed IRP to be a valid ground of his disqualification from appointment as an IRP and directed the FC to substitute the name of Mr. Shailesh Verma with another  IRP to act in his place. Thereafter, aggrieved by the above-impugned order, the FC appealed before the NCLAT on the following grounds:

In response to the above appeal, the respondent submits that the proposed IRP being an ex-employee of the Appellate Bank continues to draw a pension from the FC, and by the definition under the Income Tax Act, 1961, the pension is to be construed as ‘salary’ which makes the IRP an interested person to the FC under the Code, and hence is a valid ground for his disqualification. Another contention raised by the Respondent is an apprehension of bias of Mr. Shailesh Verma towards the FC.

Summary of the tribunal’s observation

While deciding on the issue  that whether an ex-employee of the FC is ineligible to be appointed as an IRP considering the nature of duties to be performed by the IRP or the RP, the tribunal opined :

1. The proposed IRP shall not be considered an “interested person” or an “employee” of the FC under the Code for drawing pension from the Appellate Bank

Pension is a benefit of the past services of the IRP. It is a privilege earned for one’s past services and not a boon from an ex-employer. The tribunal further dismissed the employer-employee relationship between Mr. Shailesh Verma and the FC clarifying that pension is termed as ‘salary’ under the Income Tax Act, 1961 only for calculation of one’s tax liability and the same does not provide the proposed IRP the status of an employee of the Appellate Bank.

2. The proposed IRP is a qualified IP

Referring to Regulation 3(1) of the  Insolvency and Bankruptcy Board of India (Insolvency Resolution Process for Corporate Persons) Regulations, 2016, the tribunal held that Mr. Shailesh Verma being a qualified IP is eligible to be appointed as an IRP/RP for the CIRP of the CD, thereby upholding the independence of the proposed IRP from the CD per the stated Regulation which reads as, “(1) An insolvency professional shall be eligible to be appointed as a resolution professional for a corporate insolvency resolution process of a corporate debtor if he, and all partners and directors of the insolvency professional entity of which he is a partner or director, are independent of the corporate debtor.”

3. Apprehension of Bias is a valid ground of ineligibility of the proposed IRP/RP

Placing reliance on the observations made by the Supreme Court in the case of, Ranjit Thakur v. Union of India, the tribunal opined  that the apprehension of bias rests upon its perception of the Respondent. Thereby, justifying the basis of the impugned order of the NCLT requiring substitution of the IRP for the purpose of fair discharge of his duties irrespective of the fact that an IRP cannot, in any case, reject or admit a claim but only collate them.

In addition, it is also important to note the role of an IRP has no adjudicatory powers or a decision-making role in the CIRP of the CD. Section 38 of the Code puts limitations on certain acts that may be performed by the IRP only when the CoC by a vote of 66% of voting shares grant their approval. The Hon’ble Supreme Court, in the matter of, Swiss Ribbons Pvt. Ltd. v Union Of India, has observed that an IRP is a mere facilitator in the CIRP process and his administrative functions are to be overseen by the CoC and the Adjudicating Authority. The question to consider hereunder is how can a non-adjudicating be held responsible for adjudicating partially in a proceeding where it has no decision-making role to play?

In conclusion, it is important that a conclusive decision is settled upon by the adjudicating authorities on the subject matter to ensure that the CIRP proceedings are not delayed because of the ambiguity and contrasting nature of the present judgment concerning the provisions of the Code as well as the IP Regulations.

Object clause of Memorandum of Association

A company is an artificial person created by law

Rights of an auditor