This article is written by Ishika Chaubey.

The given case is an appeal against an order passed by the High Court of Delhi in 2002. The appellant was in possession of a land and his possession was protected as per an order of the High Court. However in 1997, two respondents broke the lock of the appellant’s property and took away various articles. The appellant then informed about the offence to the Station House Officer (SHO), however, no case was registered by him.

The issue of the case is non filing of complaint by the Station House Officer (SHO) even when a cognizable offence has been reported by a person.

Section 154(1) of the Criminal Procedure Code (CrPC) states that if a person orally provides the information about a cognizable offence to the officer in charge of a police station, shall be written by him or under his direction and this should be signed by the person who has complained. The written information must be entered in a book to be kept by the police officer in such form as the State Government may prescribe.

The prosecution stated that the grounds on which the High Court rejected for the case to be registered are invalid as even if the appellant had an alternative remedy that does not take way his right to file an FIR (First Information Report). Also genuineness of a case or facts is not something that has to be proved or established first for an FIR to be filed. It is only considered and investigated upon after the FIR is filed.

The defendants stated that registration of the case was impossible as the matter was not only about the stolen items from the appellant’s property, it also involved a case against a police officer for not registering the appellant’s complaint. Therefore this matter could not be addressed by the police as it would involve conflict of interest.

The prosecution supported their argument with the help of the case of State of Haryana and Ors. v. Bhajan Lal and Ors. In this case, a concerned police officer did not register the FIR when a person reported a cognizable offense. When the matter was brought to the court, the court applied the application of Section 154(1) of the Code of Criminal Procedure and held that if a cognizable offence is reported by any person and all the requirements of section 154(1) are fulfilled then the concerned police officer has no choice but to register the case based on the information conveyed.

After carefully considering the arguments of both the sides and the judgement of the case cited, the court held that the case should be investigated by Central Bureau of Investigation (CBI), all the information related to the case to be collected from the concerned SHO and carried on thereof. Since the incident took place many years before, the Supreme Court also directed the CBI to conclude the case within 3 months.

The Supreme Court agreed with the arguments set forth by the prosecution and felt the High Court had erred in giving the judgement as the option of alternative remedy does not mean a person could be deprived of filing an FIR. Also the judgement given in the case of State of Haryana and Ors. v. Bhajan Lal and Ors. had set a precedent and it was only correct to follow which meant that it was wrong on the part of the concerned police officer to not register the FIR.

The Supreme Court also agreed with the argument of the defence as if the case was given by to the concerned police station it will be a case of conflict of interest and fair justice might not be served. However it was also unfair to just close the case. Therefore in the interest of justice, the Court gave the case to a neutral third party, the CBI.

I personally am very pleased with the judgement of the court and its rationale behind it. The judgement could have been influenced to be in favour of the state as conflict of interest was involved and when the case went to the Supreme Court, the matter was publicised because of which the reputation of the Delhi Police and even the Government’s was at stake. However, the Supreme Court did not pay attention to these things and gave the judgement while only keeping the interest of justice in mind.

Additionally, it was excellent on part of the Supreme Court to direct the CBI to conclude the case within 3 months as the FIR should have ideally been filed 9 years before the Supreme Court finally gave the verdict in favour of the appellant. The appellant must have suffered enough and quick justice was much needed.

One thing which got me thinking was that though this case was transferred to CBI and thus one can be assured that justice will be served as there stands no conflict of interest, there are thousands of such cases in the country and it is impossible for them to be addressed by the CBI. 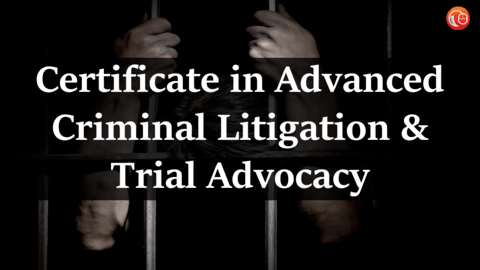 Compared to India, our neighbour country Pakistan is in worse state when it comes to registration of FIRs. People face a lot of problems while registering an FIR in Pakistan as the police either does not register the FIR in first place or keeps delaying filing it on one pretext or another. The police there feels that people exaggerate petty issues a lot, which a lot of times leads to punishment for innocent people.

Another extremity is that when once an FIR is filed the person who files them is believed blindly, because of which it becomes next to impossible for the accused person to prove himself not guilty.

Additionally for an FIR to be taken back, approval of local magistrate is required and most times they refuse.

Though it has been established through many cases, the right of people to get FIR registered, it is not implemented properly in many police stations. And every case cannot be transferred to CBI as held in the current case. One solution that I can think of is that FIRs are bounds by location, which means where an incidence has occurred FIRs are filed in police stations present that particular area only, this should not be the case. If a police officer refuses for an FIR to be filed, the person must be given the right to file it in another station of the same city and things must be coordinated thereafter. Police officials must be held accountable for every FIR they refuse to file, there should be a record of every FIR not filed with a valid reason.

The given case’s judgement is considered landmark, as it re-established the faith of public in India’s Legal System as the right of a person to file an FIR when he/she has suffered some harm, is very basic in nature, however it is often abused by the police for various reasons, however after this judgement the public felt powerful and important when it was re-established that the police cannot refuse anyone if they want to file an FIR. We as a country still do have a long way for FIRs to be filed without any hindrance but I sincerely believe that by holding police officers accountable we may be able to tack the problem to a great extent. 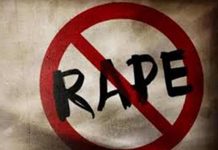 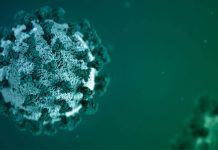 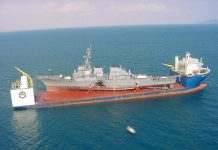 Marine pollution : the impact of oil spill and plastic waste on the marine life