This article is written by Shubham Gupta, from NLUO, Cuttack.

Here the author has summarized the landmark Judgment of “Union of India and Another vs. Tulsiram Patel and Others”. A discernibly lengthy judgment, it has covered multiple issues and objectives which can be considered as a rulebook for administrative bodies and civil servants who are removed, dismissed or reduced in rank as per “Article 309, 310 and 311 of the Indian Constitution”. The author has divided the whole case into three major issues to felicitate the reader to grasp everything substantial about a particular issue or topic and thus avoiding the necessity to read in whole judgment for the same. The division pertains to Doctrine of Pleasure, Inquiry and Natural Justice in the cases of removal, dismissal, and reduction of the rank of the Civil Servants, majorly, in reference to “Article 310(1)”, “second proviso to Article 311(2)” and rules made concerning “Article 309”.  Each issue is further divided by the author into three sub-parts including arguments advanced by the aggrieved party i.e., government servants, arguments advanced by the appellant i.e., Union of India and ultimately the judgment pronounced by the court regarding that particular issue. In the end, the author has written his comments and views pointing out the discrepancy in the Judgment regarding Natural Justice; the significance concerning matters like the doctrine of pleasure, judicial review, public interest over private interest and also the relation of constitution provisions with brother constitution provisions.

ISSUE 1: WHAT IS THE EXTENT TO WHICH THE DOCTRINE OF PLEASURE SHOULD BE EXERCISED?

Government servants contended that the Doctrine of pleasure exists in India merely as a reflection of the British laws and therefore cannot be applied in the same manner as that in England, where it is a special prerogative of the crown. The doctrine should not be exercised in a strict sense and should liberally be in favour of the government servants.

ISSUE 2: WHETHER THE “SECOND PROVISO APPENDED TO ARTICLE 311(2)” IS ABSOLUTE IN NATURE OR ALLOWS PARTIAL INQUIRIES AND SHOW CAUSE NOTICES?

The very essence of the clauses mentioned in the second proviso of Article 311(2) says that it is not necessary or pragmatic to have any inquiry. When Article 311(2) becomes inapplicable there is no scope of any kind of inquiry, not even partial inquiry.

ISSUE 3: WHETHER THE “SECOND PROVISO APPENDED TO ARTICLE 311(2)” IS VIOLATIVE OF “ARTICLE 14” AND “AUDI ALTERAM PARTEM PRINCIPLE” OF NATURAL JUSTICE?

Arguments Advanced by the Government Servants

Article 311 is subject to “Article 14 of the Indian Constitution”. The “second proviso to Article 311(2)” is violative of “Audi Alteram Partem principle” of Natural Justice which is an essential part of “Article 14 of the constitution”. A show-cause notice seeking an explanation of the concerned servant is required and also a notice regarding the proposed penalty has to be given. Not adhering to these guidelines for the production of either of the notices proffers the order of dismissal, reduction or removal invalid.

Arguments Advanced by the Union of India

Article 311 is not governed by “Article 14 of the Indian constitution”. The Constitution should be interpreted in totality. Article 14, though applies the principle of “Audi Alteram Partem” and takes into consideration the rules of Natural Justice but when the “second proviso of Article 311(2)” expressly excludes the principles of Natural Justice, they cannot be forced to apply the same by recourse of “Article 14 of the Indian constitution”.

This judgment is a landmark one with regard to defining the strata of Natural Justice. As earlier, Natural Justice being a universal rule was extended to all policies, rules, and statutes which sometimes dissolved the very purpose of its being and existence i.e., to provide justice. The scope of Natural Justice was further increased after the Maneka Gandhi case, which extended the scope of Article 14 to arbitrariness, indirectly bringing Natural Justice under the umbrella of Article 14. It, therefore, made it a fundamental right to which the author agrees to a certain extent. In the author’s opinion, the fact that the non-compliance of Natural Justice Principles does not always lead to arbitrariness is discernibly neglected. In this Judgment, though it was held that Natural Justice is not a mandatory provision and can be excluded according to the explicit provisions of the Constitution, the latter part of the Judgment elucidates that departmental review according to the court is in the confirmation of the principles of Natural Justice thus, not clarifying the image as to absolute exclusion and inclusion of the same.

This case is one of the initial Indian cases which explicitly highlighted and prioritized public interests over private interests. It was majorly the contemporary period when the LPG (Liberalization, Privatization and globalization) policies of 1990 came into existence that the Corporate Interest and public interest were held to precede private interest. It also highlighted the purview of “Part III of Indian Constitution” by mentioning that though these rights are important, they cannot take away the other constitutional provisions. The constitution has to be read in whole and not read with any other constitutional provision until and unless expressly provided to do so. This leads the author to draw an inference that constitution provisions do not come under the strict purview of “Article 13 of the Indian Constitution” though they should be in harmony with each other. A mere inconsistency of any constitution provision with that of the fundamental right does not render the provision to be void. The express provisions of the constitution being inconsistent with the Part III will have their own space until and unless those provisions are expedient for Justice Delivery to the society and are not unjust in any manner as any other constitution provision consistent with the fundamental rights.

Scope of judicial review is also observed to be articulated by this judgment as it clearly explains that administrative and quasi-judicial bodies are also subject to the Judicial Review after they have exhausted all the internal remedies present with them. It was clearly provided and enabled in the Judgment for the government servants to exercise the same when their case falls under the purview of the “Second Proviso of Article 311(2)”.

This judgment in overall is a great and an exhaustive piece of document which articulated the overall procedure and law regarding the removal of the government employees. This judgment does not confine itself in answering the concerned question but gives it a broader perspective by analyzing other constitutional provisions as well. This judgment is very significant in terms of Administrative Law as it answers the questions and defines the scope of Natural Justice, Fundamental Rights and Judicial Review in administrative bodies.  It has provided that a proper procedure and route has to be exercised by the administrative bodies and its stakeholders for ensuring that the procedure is just, reasonable, fair and in light of public interest. 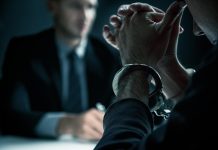 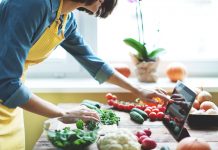 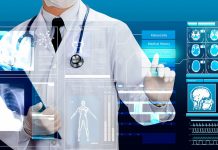