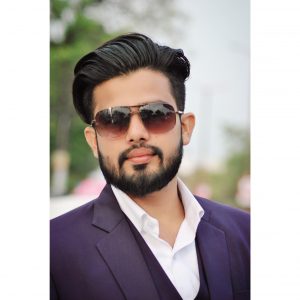 As you know spectrum is a natural resource like water, minerals, and land. The Indian government can sale the spectrum in two ways, one is auction another is fixed price, the government will have more benefits in the auction but in fixed-price government can favor any company. In the government of congress Communication and IT minister A.Raja(2007-2009). He allocates 122 licences of 2G spectrum in the year 2008 with the fixed price option and he made a condition which favours some telecom companies. He sold the licence with very low price and without any rules and regulations. Due to this, the Indian government faced 1.76 lakh crore loss.

Beginning of the Case

A.Raja communication and IT minister in the year 2007-2009 government of congress. He allocates 122 licences of 2G spectrum in the year 2008 with the fixed price option and he made a condition which favors some telecom companies. He sold the licence with a very low price and without any rules and regulations. He reduces the deadline of application of 2G spectrum 01.10.2007 to 05.09.2007 due to the reduction of date so many companies did not apply for 2G spectrum and on the date of issuing the licence that is 10.01.2008 he gave only some hours to the companies for the submission of the cheque and other documents. The companies which were favored by the Raja were ready with their cheque and other documents. On 16.11.2010 comptroller and auditor general of India gave their report and tell Raja did not take any advice from Law and Finance ministry.

What are the Charges on Former Telecom Minister A Raja

Raja, his own secretary R K Chandolia, previous telecom secretary Siddharth Behura and previous MD of Swan Telecom Shahid Usman Balwa are among the 12 people and organizations charge-sheeted by the CBI in the 2G Scam.

The charge sheet, running into 127 pages and having 88,000 annexure, was documented on Saturday under the steady gaze of judge O P Saini in the exceptional court set up for the 2G case. The organization has likewise recorded three corporate majors – Reliance Telecom, Swan Telecom, and Unitech Wireless – that supposedly profited by the preference appeared by Raja in range distribution.

Dependence Anil Dhirubhai Ambani Group’s (ADAG) overseeing chief Gautam Doshi, bunch president Surendra Pipara and VP Hari Nair have additionally been named as blamed alongside Unitech MD Sanjay Chandra and Swan executive Vinod Goenka. While Raja, Chandolia, Behura and Balwa are in a correctional facility, the corporate honchos have been asked by the judge to show up under the watchful eye of the court on April 13.

The denounced have been reserved for criminal connivance, deceiving, imitation and under different segments of the Prevention of Corruption Act. Raja and the two other community workers, Chandolia and Behura, have additionally been accused of abuse of authority position. In the charge sheet, the CBI has given a well-ordered detail of how Raja, in trick with the other blamed, caused lost Rs 30,984 crore to the state exchequer.

The CBI has affirmed that in May 2007, not long after Raja took over as telecom serve, he designated Chandolia and Behura, who was known to him, in a similar division with an expectation to incubate criminal connivance. “… Raja went into the trick with other denounced people and organizations with a reason to issue UAS licenses to Swan (as the MD, Balwa, was known to him) and furthermore to organizations advanced by Unitech, by controlling the need list based on letter of plan compliances as opposed to existing rules/routine with regards to choosing applications based on date of utilizations according to accessibility of the range,” the charge sheet peruses.

Raja even disregarded the law service’s feeling and proceeded with the slice off dates so as to help Swan and Unitech. Managing the infringement of the primary start things out serve premise strategy, the charge sheet says it was re-imagined to profit the corporate denounced.

Discussing the double innovation and range assignment, it says Raja overlooked the TRAI suggestions that a licensee, utilizing one innovation, might be allowed to utilize an elective one on paying similar charges. He rather dispensed range to Swan in Delhi circle, absurdly denying Tata Teleservices and Spice Communications which had need over the blamed organizations.

The CBI will document an advantageous charge sheet by April 25.

Role of CAG in the Case

This report for the year finished March 2010 has been set up for accommodation to the President under Article 151 of the Constitution. The report contains the consequences of the assessment by Audit of the Issue of Licenses and Allocation of 2G Spectrum of Department of Telecommunications, Ministry of Communication and Information Technology. The review covers the period from 2003-04 to 2009-10.

Telecom Commission was not Consulted

From an investigation of the records and data made accessible it gives the idea that the High Powered Telecom Commission which additionally incorporates low maintenance individuals from the Ministry of Finance, Industry, IT and Planning Commission was not notified of the TRAI proposals of August 2007 and consequently, was not managed a chance to ponder on the benefits of the TRAI suggestions. It is likewise observed that the High Powered Telecom Commission was not counseled at the season of award of 122 UAS licenses in 2008.

In November 2007, the Hon’ble Prime Minister wrote to Hon’ble MoC&IT and communicated worry that in the scenery of the insufficient range and the extraordinary number of uses got for crisp licenses, range valuing through a reasonable and straightforward strategy for closeout for modification of section charge, which is at present benchmarked on an old figure, should be rethought. This counsel of the Hon’ble Prime Minister evoked a quick reaction from the Hon’ble MoC&IT who around the same time answered that the issue of sale of range was considered by the TRAI and the Telecom Commission and it was not prescribed by them as the current permit holders had just got range up to 10 megahertz for each hover with no range charge. Hon’ble MoC&IT further educated that his Ministry has arrived at the resolution that it will be out of line, oppressive, self-assertive and whimsical to sell range to new candidates as it won’t give them a level playing field. He had in this manner, legitimized the portion of range to a couple of new administrators in 2008 without rethinking the old section charge found in 2001 disregarding the exhortation of the Hon’ble Prime Minister.

Issue of the license to ineligible applicants

The process followed by the DoT for verification of applications for UAS licences for confirming their eligibility lacked due diligence, fairness, and transparency leading to grant of licences to applicants who were not eligible. Eighty-five out of the 122 licenses issued in 2008 were found to be issued to Companies which did not satisfy the basic eligibility conditions set by the DoT and had suppressed facts, disclosed incomplete information and submitted fictitious documents for getting UAS licenses and thereby access to spectrum.

What the Court said in its Verdict?

An extraordinary CBI court on Thursday vindicated each of the 18 denounced including A Raja and K Kanimozhi in 2G range assignment case. The trick became exposed very nearly seven years prior when the Comptroller and Auditor General or CAG in a report considered then Telecom Minister A Raja in charge of causing the state exchequer lost Rs 1,76,379 crore by dispensing 2G range licenses at disposable costs. Yet, today the court found that the indictment neglected to demonstrate the charges. This decision, notwithstanding, doesn’t abrogate the Supreme Court judgment or detract from the way that the licenses issued during 2G range distribution were unlawful.

Nearly six years after 122 2G licences were cancelled by the Supreme Court, a Special Court on Thursday acquitted all accused, including former Telecom Minister Andimuthu Raja and DMK chief M Karunanidhi’s daughter, Kanimozhi, who was named as perpetrators of one of the biggest scams in the history of India. The court said the prosecution had “miserably failed” to prove any charge against any of the accused.

“There is no proof on the record delivered under the steady gaze of the court showing any guiltiness in the demonstrations supposedly dedicated by the blamed people identifying with obsession for the cut-off date, control of first-start things out served policy…I have positively no delay in holding that the indictment has pitiably neglected to demonstrate any charge against any of the denounced.