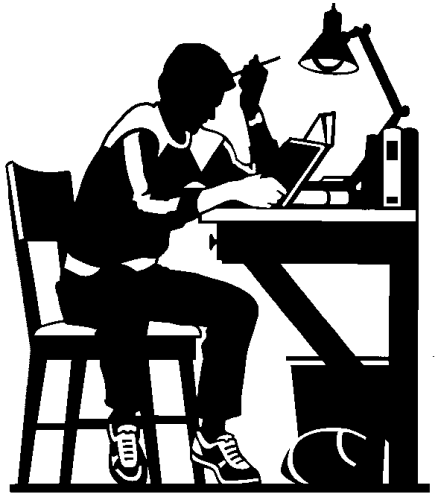 This article is written by Varun Chopra, a student of National University of Advanced Legal Studies, Kochi. This article talks about the process through which CBI chooses which complaints it should act on and proceed to investigate and which ones to reject.

Since the jurisdiction of the CBI has now gone beyond the initial restrictions of just dealing with cases of bribery and corruption, the CBI has started receiving a plethora of complaints dealing with issues relating to social and economic offences as well. Furthermore, these days the government is not the only one who can invoke the jurisdiction of CBI with a notification.

In the case of Nirmal Singh Kahlon vs. State of Punjab[1], The Supreme Court declared that “the provisions of the CBI Manual, from a perusal whereof it appears that the Director, CBI exercises his power of superintendence in respect of the matters enumerated in Chapter VI of the CBI Manual which includes reference by the State and/ or reference by the High Courts and this Court as also the registration thereof. The reference thereof may be received from the following:

(a) Prime Minister of India;

The power to invoke the investigative jurisdiction was further opened up to the general public as well, which means that the Central Board of Investigation now gets complaints from a lot of different quarters. As per the provisions governing the working of the CBI, it is mandatory for the Bureau to enter every complaint in the complaint sub-module of the CRIMES module or in the temporary Complaint Register maintained in the branch offices. The sources of these complaints do not matter. They might be from the branch head, from the government or fro the public. The complaints so filed with the CBI office are assigned a temporary number by which the matter is referred to. If the complaints are not sent to the particular branch under whose jurisdiction the case falls, then the complaints are to be centralised and forwarded to the respective branches. Once the complaint has been forwarded to the respective branch which has jurisdiction over it, the complaint is accorded a regular complaint number by the concerned authorities. The complaints so recorded cannot be verified at any stage before the awarding of the regular complaint number by the competent authority. All the complaints so received are treated as highly confidential at all times.

PROCESSING AND VERIFICATION OF COMPLAINTS

Once the complaint has gone through the initial phase of distribution and allotment, the next important step in dealing with these matters is processing of these complaints. When the case has been awarded to the branches having jurisdiction over it, the Superintendent of Police, working at that branch, are required to have a preliminary look at each complaint and decides whether or not it will fall under the ambit of the crimes that can be handled by the CBI. In case the complaint is too trivial and does not merit the attention of the CBI, the case has to be forwarded to the next competent authority at the earliest stage possible. When such a case is forwarded to the next best authority, it should be so done along with an endorsement stating that the case has not been enquired into by the CBI so that the authority getting the case can start investigating it with a fresh outlook. Such disposal of cases should be recorded.

Other complaints which are not too trivial and fall under the ambit of the offences investigated by the CBI are analysed specifically in a way to see whether a criminal offence can be made out, which is of enough proportions to require an investigation by the CBI. Once the case has been analysed and it has been seen that the complaint pertains to an issue which falls within the ambit of the CBI, the same is verified once more with the permission of the competent authority which gets the case. This verification is done in a secret manner. It is the job of the S.S.P and the other verification officers to ensure that the departmental records are examined in a discreet and low-key fashion so as to not alert the public servants against whom the investigation is being initiated. The records that need to be accessed are consulted informally through oral contact with the CVO/Head of the Department of the ministry or the department which the complaint is concerned with. Written requests for information are avoided as per the general policy of the CBI and if such written requests are absolutely necessary, such requests go to the concerned vigilance officers under the signature of the Superintendant of Police.

The same procedure is to be followed for complaints which have their source in Central Government Departments, Public Sector Undertakings, State Governments, Union Territories and Members of Parliament. However, such complaints are to be dealt with in a more prompt manner. Similarly, for orders to investigate a particular case which have been received from the Supreme Court or the High court, it is mandatory for the S.P to immediately notify the head office and start a processing of the complaint as mentioned above. Orders by the lower court are dealt with in a different manner. In the case of such an order being given by a lower court, the order is to be referred to the head office who decide whether any further action is to be taken or not.

Cases that have been referred to the CBI by the Central Vigilance authority or CVC have to be examined on priority basis. If, before referring the complaint to the CBI, the CVC has already done a preliminary study of the complaint, there is no need to re-verify the complaint. In these cases, the relevant facts and circumstances should be immediately reported to the CVC so that a decision regarding the initiation of a proper and open investigation can be take at the earliest. If the request from the CVC regards a request for a mere report on the complaint, then, a preliminary report without any thorough verification has to be sent back, with a notice stating that the accusations contained in the report have not been properly verified. Also, if a verified complaint is received by the CBI from any special task force, with a Self Contained Note[2] along with orders of the competent authority, the same has to be verified and acted upon as soon as possible.

GENERAL RULES REGARDING INITIATING INVESTIGATION OF COMPLAINTS BY CBI

Verifications of complaints falling into these categories are to be taken up only under certain special circumstances or if the government passes a notification or a competent court passes an order to that effect. Any other complaint which does not fall into these categories is to be dealt with according to the verification and processing procedure mentioned earlier. As per these rules, any case which falls into the following category have to be taken up for verification:

[2] A Self Contained Note refers to an official document that should be self explanatory, concise and to the point. Information in such notes is to be properly divided into paragraphs, each dealing with a different aspect of the issue in question. 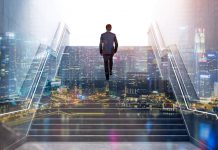