This article is written by Ishita Pal from JIS University of Kolkata.

“If a girl of my age gets married, it’s not good. I have a different perspective from many. Going to school doesn’t spoil a girl – quite the contrary.”– Aydoudate Abdoulaye, 15, Mali[I]

What is Child Marriage?

Child marriage refers to a formal marriage or an informal union between a child and an adult or between two children. While the frequency and prevalence of the child marriage has decreased throughout the world; from 1 in 4 girls married a decade ago to approximately 1 in 5 today[II]. 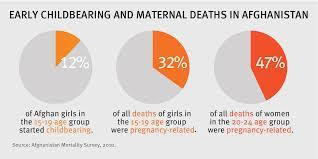 Does COVID-19 put any impact on child marriages?

Before the COVID-19 pandemic, more than 100 million girls were expected to be married before their 18th birthday in the next decade. Now, it is extremely horrible that up to 10 million more girls will be at risk to be married as becoming child brides as a result of this pandemic. 12 million girls are married before attaining the age of 18 (18 years old – which is the legal age to be an adult); over 650 million women alive today who were married before attaining the age of 18 years. The list of past child brides who are now adults and the future expected child brides are too long. The reasons behind the child marriage are poverty; social norms, insecurity of girls, gender inequality, making girls disproportionally affected by the practices and so on. The child marriage comes with certain results like teenage pregnancy; death of the child bride for the torture done by her in-laws and husband for dowry after marriage; the dowry system arrives here mainly and also the insecure future of the child bride; the problems regarding her marriage life because in this stage, the child bride is an immature girl.

The teenage pregnancy is the main reason for the diseases and deaths of child brides during the labour or after the birth of baby of those child brides. It is therefore essential to take decisive action to stop the child marriage rapidly as soon as possible. We are the present generation; it’s our duty to give the upcoming generation a better world, a safe world mainly for girls.

Afghanistan is one of the countries in South Asia. The capital of Afghanistan is Kabul. Kabul is known for its historical gardens, bazaars and palaces, mosques etc. The capital of Afghanistan is also known as the Paris of Central Asia. 28% Afghan girls are married before attaining the age of 18 and 4% Afghan girls are married before attaining the age of 15. Afghanistan is a partner developing country of the Global Partnership for Education (GPE). Afghanistan ratified the Convention on the Rights of the Child in 1994, which sets a minimum age of being married is of 18 years. Afghanistan ratified the Convention on the Elimination of All Forms of Discrimination Against Women in 2003, which obligates states to ensure free and full consent of marriage. Afghanistan co-sponsored the 2013 and 2014 UN General Assembly resolutions on child, early and forced marriage. Afghanistan has committed to eliminate the child, early and forced marriage by 2030 in line with the target 5.3 of the Sustainable Development Goals. During the time of Voluntary National Review at the 2017 High Level Political Forum, the government of Afghanistan highlighted that it is working to reduce the number of girls who marry before the legal age to 10% by 2030.

In February 2019, Afghanistan launched a policy called “Girls’ Education Policy”. According to UNICEF, the policy includes all the provisions to reduce the child marriage through the intersectoral collaboration. Afghanistan also have received support from UNICEF to ensure universal civil registration by 2024, including birth registration as a sustainable intervention to combat child marriage. At present, Afghanistan is in the stage of insecurity as Afghanistan is attacked by Taliban. The Afghan children is also very unsecured. Afghan child has many rights under Chapter 3, Article 12 (1) of the Child Protection Act[III], it covers everything from the mental to physical rights of a child containing every single right that should be there. Afghanistan is trying to make their people comfort as well as the Afghan children.

Afghanistan is working on the initiative to eliminate child, early and forced marriages by 2030. UN Children’s Fund (UNICEF) and the UN Population Fund (UNFPA)[IV] helps to stop the child marriage as soon as possible to support those already married and expected to be married girls in 12 countries containing Afghanistan also. On a broader scale, Afghanistan is a part of United Nations and is willing to achieve the goal of completing the initiative taken by UNICEF and UNFPA. The United Nations Sustainable Development Goals calls for global action to end this violation by 2030.