The Code of Civil Procedure dates back to 1908 which governs the entire spectrum of civil fraternity suits. From the date of its enforcement, it has been amended many times for the speedy and expeditious trial of the suits. Despite the radical changes in due course of time, the society still faced the delaying issues due to humongous pending lawsuits in the court. The Central Government initiated a step ahead to curtail down the future situations and thus, introduced certain amendments to the Code.

Because of the delay in delivering justice experienced by the litigants at various levels, the Parliament introduced the Code of Civil Procedure (Amendment) Act, 2002.

Arun Jaitley, introduced a new amendment Bill in 2002, taking into account the suggestions made by bar representatives, political parties and the Law Commissions. The Parliamentary Standing Committee recommended the other changes. The new Bill was adopted by both the Houses of Parliament in May, 2002. Following Presidential assent, the Code of Civil Procedure (Amendment) Act,2002 was notified and came into effect.

Key Highlights of the Amendment Act, 2002

Private alienation of property after attachment to be void (Section: 64)

No further appeal in certain cases (Section 100A)

“Notwithstanding anything contained in any Letters Patent for any High Court or in any other instrument having the force of law or in any other law for the time being in force, where any appeal from an appellate decree or order is heard and decided by a single Judge of a High Court, no further appeal shall lie from the judgment, decision or order of such Single Judge in such appeal or from any decree passed in such appeal”.

“No second appeal lies in any suit of the nature cognizable by Courts of Small Causes, when the amount or value of the subject-matter of the original suit does not exceed three thousand rupees”.

“No second appeal shall lie from any decree, when the subject-matter of the original suit is for recovery of money not exceeding twenty-five thousand rupees”.

“(f) where the plaintiff fails to comply with the provisions of Rule 9”.

Appearance of Parties and Consequence of Non-Appearance (Order IX)

Hearing of the Suit and Examination of Witness (Order XVIII)

“Provided further that the deposit under this sub-rule may be made within sixty days in all such cases where the period of thirty days, within which the deposit had to be made, has not expired before the commencement of the Code of Civil Procedure (Amendment) Act, 2002. 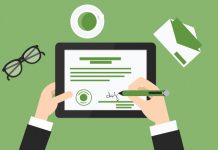 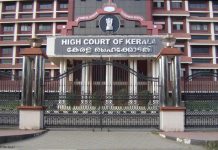 All about the Kerala Judicial Services Examination