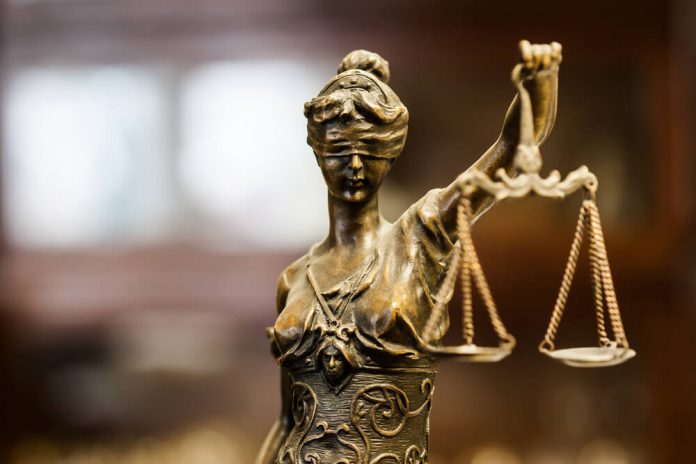 This article is written by Prateek Mudgal, a student at the Faculty of Law, Aligarh Muslim University. The article is socio-legal in nature and deals with the sexual exploitation of trafficked women in the context of Section 370A and Customer’s Liability in the act. In this article, I have discussed various legislations, reports and recommendations with a retrospective approach.

We have often heard about wrong being just wrong, right being just right, crime being just crime. In this race of labelling things and saving our socio-political face, we have forgotten our values, we have forgotten or rather have sold our reasoning. There are various crimes which are not just crimes, but rather a mirror to reflect upon the advancement of human beings. A few crimes are more than just crimes but are a reflection of the darker side of our society, which we humans in our hunger of technological and material development subtly deny. Indeed humans are born with a subtle art of denial. In this article first I will introduce you to various provisions present at hand to deal with the sexual exploitation of trafficked women. Section 370, Section 370A of IPC and Immoral Traffic Prevention Act are three such provisions that deal with the problem at hand. Apart from this, I will delve into the history of legislation, the reports of various committees, the change suggested and deviation of courts from a fair interpretation. Increase in crime rate and infamous incident of Nirbhaya in 2012, made the legislators contemplate on the lacunae of the legal framework, therefore apart from the current position, it is necessary to take a look at the matter with the retrospective approach.

Section 370 of IPC deals with Trafficking of persons. For the offence of trafficking of a person the following things are essential:

The accused should have either recruited, transported, harboured or transferred a single or more than one person. The means of the above-mentioned methods may be the use of threats, force, coercing, abducting, deceiving or with the use of power. Whenever an individual uses any means or method from the above-mentioned means, such a person is said to have committed the offence of trafficking a person. Exploitation can be physical or any other form of sexual exploitation.

It has to be noted that in the commission of the offence it doesn’t matter if there was willingness on the part of the victim.

Section 370 deals with the trafficking of persons in a general manner, whereas Section 370A deals specifically with the exploitation of a trafficked person. Commission of offence under Section 370A takes place when any person knows that the minor has been trafficked or has certain reasons to believe the same, engages a minor in a work that includes sexual exploitation. Here the punishment is imprisonment for a term, not less than 5 years and may extend to 7 years. In the case of an adult, the punishment is not less than 3 years and it may extend to 5 years.

Where should we start, should we start with the Immoral traffic Prevention Act or just stay with Section 370A? Maybe the best approach to understand the conundrum is to engage ourselves with all Acts, the history, and the cases. Before we ponder upon the question of Customer’s Liability it is important to understand two important cases, which leads to the confusion.

Naveen vs. State of Karnataka

In the case of Naveen, a prostitute was seen entering a flat, Naveen was the customer in this case. In this case, police charged Naveen under Section 4 of the Immoral Traffic Prevention Act. Section 4 of the Act deals with persons depending on the earnings of the Prostitutes, but in this case, it was clear that Neveen was not a tout or pimp. Therefore there could not be any proceedings against Naveen under Section 4 of the PIT act. But the Magistrate was directed to take the cognizance of the matter, by inherited power, under Section 370A of IPC. he was a customer and therefore hiring a prostitute for sexual exploitation should fall under the purview of Section 370A, this was considered.

In this case, three years after Naveen vs. State of Karnataka, A bar and restaurant were raided in Bengaluru. In the bar, trafficked women were working as waitresses and were forced to dance in skimpy dresses and along with this a lot of other objectionable material was found in the bar and restaurant. The petitioners, in this case, argued that since they were customers, they don’t come under the purview of Section 370A(2) and Section 370(3).

What is further to be noted is, even the Immoral Traffic Prevention Act does not hold customers liable, and there is no specific provision for them.

Here the court felt that customers exploit the victim and encourage prostitution (virtually), but due to the absence of any legal provision regarding the same, the court quashed the charges against petitioners.

From the analysis of above-mentioned cases, it is clear that the court has interpreted the laws loosely and vaguely, the incoherent judgment made me reflect into this matter and now I will critically analyse the historical development and changes of and in the relevant laws.

An amendment bill was put forth in the parliament in 2006, the bill aimed at amending the ITP Act. Through this bill, Section 5C was to be inserted, along with other amendments. Section 5C very specifically and explicitly criminalised any individual who visits a brothel or any other place with the purpose of sexually exploiting a trafficked woman. The problem with this Section was, that it fails to provide how much knowledge one shall have, apart from this how a customer would come to know about the same. This bill was referred to the Parliamentary Standing Committee (PSC). PSC in its report mentioned that the bill invited concern from various NGOs, who were concerned regarding the bullying and offensive behaviour of Police personnel towards anyone who visits a brothel or similar place. Such concern can be very well understood since there is no specific method, way or procedure by which customs may know if the women are trafficked or not.

In 2012, after the infamous Nirbhaya Case various criminal laws and provisions were introspective, our nation was working for a change, for a moment it appeared as if after this incident India will be free from rapes, nevertheless, I learnt from it, a few outrages are ephemeral. Finding the loopholes in the legal system a committee called JS Verma Committee was appointed, which was asked to recommend changes that were the need of the hour. The committee submitted a well-researched report and certain changes were recommended.

The need for a very well-formulated provision for sexual exploitation of trafficked persons was required, and considering the same, the JS Verma Committee recommended changes in Section 370, thus advised to add Section 370A in order to criminalise those who engage a trafficked person in forced labour.

The main problem arose when Section 370A was formally introduced and it could be seen to have deviated from the actual recommendation of JSVC. Therefore, instead of exploitation through forced labour, any individual sexual exploitation of trafficked person was criminalised.

It became clear that Hyderabad HC in Naveen’s case interpreted that the customer can be tried for sexually exploiting the prostitute under Section 370A of IPC. This trend has now been followed for quite some time now. The two main questions that the court keeps in mind are if the customer knew that the victim has been trafficked or had reasons to believe so. What is to be noted that such an idealist approach clearly erases the element of volition and the concept of consensual prostitution, and also put a burden on the customer.

The one thing that is most peculiar regarding the judgment in Naveen’s case is while giving the judgement, the court relied on the JSVC report which, as mentioned above, has no resemblance with formal Section 370A.

The one recent case and its judgment further worsened the situation, because here the judgement was so that could render prostitution illegal. It was in Mohd. Riyaz vs State of Telanga the difference of opinion in Hyderabad high court’s decision (Naveen’s Case) and Karnataka high court (Pradeeban Case) was highlighted and it was contended by the petitioner, that interpretation of 370A was incorrect. The court rejected this plea and explicitly mentioned that any individual who engages with prostitution/sex workers or visits a brothel, can be considered to have contributed to sexual exploitation, therefore charges under 370A against such individuals are very well maintainable. This is where the actual problem arises, here the court fails to acknowledge the fact that such interpretation is actually criminalising the act of hiring a prostitute, instead of criminalising the act of hiring a trafficked prostitute. Such interpretation may, rather, have some serious implications, for instance, it fails to give recognition to the consensual act of prostitution as well.

Though the court may acquire the authority for such interpretation through Section 2(f) of the ITP Act. Section 2(f) of the ITP Act defines the act of ‘Prostitution’. According to this Section sexual exploitation for a commercial purpose is prostitution. But again in order to relate the same to Section 370A, we have to focus on the word ‘trafficked’ that is actually the essence as well intention of Section 370A. Apart from this while discussing such interpretations and judgements, we cannot ignore the above discussed PSC report which clarified that regarding a similar amendment in 2006, there was a mixed reaction and various NGOs have rightly apprehended the harassment of customers by police.

From the above-mentioned propositions and arguments, it becomes clear that certainly there is a conspicuous amount of difference in the judgement and interpretation by Hyderabad high court and Karnataka high court, in the case of Naveen and Pradeeban respectively. Apart from this deviation from the recommendation of J.S Verma Committee’s report cannot be ignored as well. Change of ‘forced labour’ in the recommendation, to sexual exploitation in the formal Section of IPC, is not something that can be afforded. Apart from this the Judgement in Mohd. Riyaz case virtually illegalises prostitution. Though consensual prostitution is legal but such interpretation and judgement surely leave an undue burden on the customers those who engage in consensual prostitution. Maybe saying so, I tread a bit too-far but such interpretation and judgement fail to fulfil the objective with which they were legislated, and virtually criminalise the very act of prostitution. They are two ways of outlawing an activity, one is judicial and democratic, which through amendments or repealing outlaw certain activity and the second method is through making the act unfeasible illegally, either way, the ends are matched but going by Gandhian Philosophy the means have a very pertinent effect on ends and keeping that in mind we should reevaluate the above conundrum.