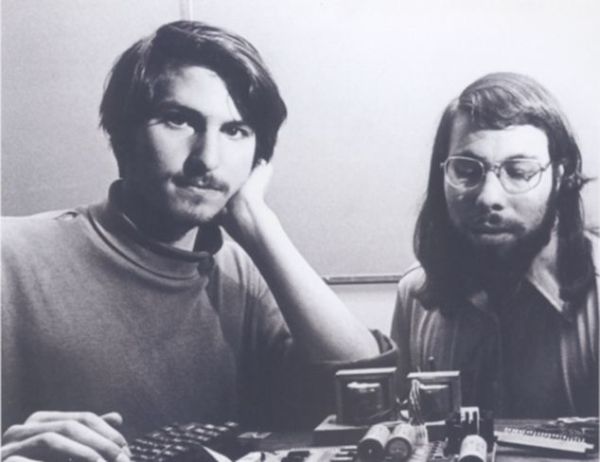 Company founders, at a very early stage of business, in fact even before incorporation, should enter into an agreement which governs the nature and functioning of their business. This is extremely important especially for businesses which are starting to operate but has not been incorporated yet. After incorporation, many of the issues discussed here will be taken care of by the incorporation documents such as Articles of Association. The purpose of the agreement is to make the understanding the co-founders have regarding the functioning of their company and relationship and obligation between co-founders legally binding through a formally written agreement. Such an agreement is called the co-founder’s agreement.

The formation of such an agreement requires an open discussion between the partners regarding their apprehensions, fears, outlook, aspirations and all arrangements involving the start up. The objective of the agreement is to minimize the possibility of debilitating surprises in the future when the company is functional in terms of inter co-founder relationship.

If you have a startup which is in a pre-incorpration stage, or if you just have an idea and a co-founder or two, it is a great time to read this article and think of some of the issues described here.

Essentials of a co-founder’s agreement

There are certain essential elements that every co-founder’s agreement must address. They include the following:

Defining the potential venture of the company is very important. The definition can be in as many words as the founders please as long as they are certain that they have defined their business venture with clarity. It is also beneficial if the founders describe the milestones that need to be met along with the work that is required to be done.

The ownership element of the agreement deals with the equity which is held by each partner. Mostly, it addresses the percentage or number of shares which is held by each co-founder. Usually all co-founders will have pro-rata voting rights, but it is possible to have a different arrangement as well. Veto powers are quite common, and should be considered.

Reaching an understanding on equity split can be one of the most challenging aspects. Each co-founders contribution and role should be taken into account. It may depend on the investment made by different shareholders, as well as intellectual property brought on board. At the same time some room must also be left within the agreement in the event that their initial division hasn’t been perfect. The division of ownership can be done in any of the following manners:

Profits are another crucial aspect that must be deliberated over in the agreement. Division of profits can lead to gruesome conflicts if it hasn’t been specified in clear terms in the agreement. When a company or LLP is incorporated, such details will be taken care of in any case, but even at the pre-incorporation period, this is crucial to specify in order to avoid disputes later on.

This element deals with what each individual will do, for what he will be responsible and the extent of this responsibility. Co-founders should keep in mind that one of the biggest reasons for con-founder disputes is over the role being played by co-founders in growth of the business. While founders may play broad roles in the beginning of the company’s functioning, keeping the future in mind the significant role any individual may play in the future must be designated from the very beginning, in this agreement.

The objective behind this is not to reduce one’s role to a certain aspect, rather to have a specified role in the event that one is torn between two tasks. At the same time the roles shouldn’t be unchangeable because with the growth of the individuals will come to occupy varying roles. So, the decision-making procedures should allow for redefining of the roles as and when it is felt necessary by the founders.

Roles mustn’t be left to assumptions. One co-founder may hold a different opinion regarding his role from the other. In this manner undefined roles usually turn ugly in the future of the company. This is why great emphasis is made on pre-defining the roles and responsibilities.

The agreement is also required to state the procedure which is to be adopted in the event that there is equal division for and against a decision. Whether or not any individual would be granted an extra vote in this case must be stated. If this is done then it must also be mentioned how such an individual would be chosen and consequently how the decision will be made.

Firing of a Founder

A sensitive issue is regarding the firing of any founder. But the founders mustn’t shy away from this detail. How and in which event may a founder be fired is a crucial issue and it must be addressed in the agreement, otherwise there will be endless conflicts over such a matter. Co-founders should try and lay down the circumstances under which all of them agree that the ouster of a founder would be justified. The idea behind this is that in the event that any of the co-founders does actually go ahead and do any such specified act, then he can be fired. These circumstances will include commission of a fraud on the company and other co-founders, prolonged absence from work, illness or insanity which prevents them from carrying out regular duties or even insolvency.

It is also helpful if the co-founders state any values or factors that they will adhere to while making any decisions of the company.

The partners must also specify within the agreement the method which is to be adopted if disputes arise amongst them which they can’t resolve on their own. The common method is to go for arbitration, bringing in a neutral party, etc. If the method to be adopted in case of a conflict is already specified it makes matters easier for the future.

A non-compete clause is very important to ensure that founders do not branch out and start their own businesses and compete with the original business Similarly, one may require the founders to enter into a separate employment contract with the incorporated business once such incorporation is done.  3-5 years of non-compete is common.

There must be clauses in the contract imposing obligation on the co-founders to keep sensitive business related matters confidential.

In the event that a founder leaves, he or she should not solicit clients or employees of the business to other entities. This is a crucial aspect and has to be addressed.

The compensation or salary that the founders will draw and the determination of such compensation are both sensitive issues. One may feel that because he is investing larger sums or time into the company’s finances he is entitled to a larger remuneration. At the same time risk tolerance varies with each individual. It is better to address all such matters in the beginning than during the life of the company. It is also important to clarify in the agreement how expenses incurred in carrying out the business or otherwise by co-founders will be approved and reimbursed.

Appointment and removal of CEO

The founders have to agree on how a CEO can be appointed and removed. Usually this will be done by the Board of Directors and each founder will have a single vote. The voting may also be pro-rate to shareholding. In any case, the method must be written down in the agreement.

It should be clarified how loan received from founders will be treated. It may be paid back with or without interest, or may be compensated by issuing shares of the incorporated entity. This is a common point of dispute as founders often have to loan money to a fledgling business without investors from time to time to keep it afloat, and founders lending money in this way may feel that their contribution to the business is not being justly rewarded unless it is dealt with in the Co-Founders Agreement.

In what circumstances will the co-founders agreement be terminated? What if the business does not take off and becomes unviable? How will founders distribute assets, liabilities and any money left in the business? These questions must be answered in the agreement providing for each possibility as far as possible.

Who will have the authority to sign cheques? Who can approach investors or enter into important contracts on behalf of the business? It would be a good idea to clarify these issues in the agreement especially if the business is yet to be incorporated.

There will be other aspects to be addressed in such an agreement depending on nature of business and specific circumstances. There will also be many boilerplate clauses (such as entirety of agreement, Act of God etc.) that are routinely inserted in such contracts.