This article is written by Nikita Arora from Trinity Institute of Professional Studies. This article examines some of the most common commercial contract clauses, as well as how they are interpreted in the Indian law.

Buying, selling, renting and recruiting are all part of day-to-day business, and they all necessarily require an agreement. Contracts are legally binding agreements. Because of so many daily activities, contracts are the most basic thing we shape in business. As a result, it’s critical to consider which clauses should be included and which should be excluded, so that any potential dispute can be avoided or expected.

What is a commercial contract?

In its most simplest form, a commercial contract is a legally binding agreement between two or more parties. Commercial contracts are most often written documents, but they may be verbal agreements under certain circumstances. Commercial contracts spell out exactly what each party must do for the contract to remain legitimate, as well as the consequences of any of the terms and conditions are not followed. It’s for the companies and organizations, and one of its main requirements is that legal agreements enable the contract’s maximum benefits to be realized. The terms of the agreement, which cover all the important factors, are also specified in the contract. A breach of contract occurs when one party fails to fulfill their obligation under the contract

The important clauses of commercial contract: a detailed analysis

Contracts are used in almost every industry, and many of the contract provisions are common to all industries. In reality, such contract clauses are almost certain to appear in every contract that is drafted. Commercial contracts, in particular, are more likely to include a set of common terms and conditions.

In commercial contracts, there are six main clauses:

When two or more firms enter into a contract, there will almost certainly be a considerable amount of details exchanged in order for all parties to fulfil their contractual obligations. Given the necessity of providing some details about each party’s financial and business practises, the contract must have a strict confidentiality clause. This provision should prohibit all parties from disclosing any and all information exchanged during the transaction. Of course, where valuable intellectual property is at stake, this is especially important.

The term “Force Majure” simply means “greater factor”. This clause should be included in all commercial contracts because it can shield parties from events that are beyond their control For example a shipping schedule could be unavoidably interrupted in the event of a natural disaster such as an earthquake or hurricane. In general, the term “force majeure” is very broad, and many contracts have clauses that cover items like terrorist attacks and even acts of God. This provision is necessary to ensure that any failure to perform as a result of an unforeseen interruption is not considered as breach of contract

Cross-border transactions are quite common these days, both domestically and internationally. When the parties to a contract are from different states, or even different countries, it can be difficult to determine which state’s laws apply to the contract. As a result, commercial contracts should always state which state will have authority over the deal, so that the relevant laws are crystal clear.

The most carefully written contracts are prone to disagreement. As a consequence, it’s important to understand the parties’ strategies for resolving disputes in the event that one occurs. Firms are increasingly using an arbitration provision in their contracts, forcing the parties to agree to arbitration before or in lieu of finding a settlement through litigation. While some contracts do allow for conventional legal redress, this is usually a quicker and less expensive way to resolve contract-related issues.

Due to high level of contract violations and the need to prevent them, it is also common practise for commercial contracts to include damages clauses.Liquidated damages clauses, which are normally a fixed sum due if one party fails to perform, will be used in most contracts. Depending on the extent and effect of the violation, a court can award other forms of damages in addition to that amount.

How to manage commercial contract effectively

Commercial contracts set the tone for how your company works, so it’s critical that you have a strategy for managing your contracts over the contract lifecycle. The contract management process has many phases, ranging from contract preparation to contract execution to contract closeout.

Here’s a brief overview of the seven stages of contract management so you can figure out what steps you’ll need to succeed at each stage:

This is the time to map out the process for managing each agreement, assign roles and responsibilities, and assign resources to ensure the contract is closely monitored and commitments are fulfilled, as the name implies.

Put it into action

The implementation stage entails putting your strategy into action and ensuring that you have all of the necessary resources to manage deals, such as contract management software.

Make a contract in advance

New agreements are carefully written, approved, and signed during the pre-contract stage. Make sure the contract contains all of the relevant terms and conditions (including the clauses discussed above) so that all parties are secure in the agreement’s clarity.

Since the people who drafted and negotiated the contract aren’t always the ones who can keep track of the active agreement, now is the time to make sure the contract manager is up to date with all deadlines, commitments, and other contact information.

The contract stage is the period when the arrangement is in effect and the parties are working together to provide services by the terms decided upon.

Before making decisions about a contract’s future, such as whether it should be terminated, renegotiated, or extended, the deal should be reviewed to see if it affects the company. This assessment takes place during the pre-renewal stage, so stakeholders have the details they need to make decisions about the next steps.

The post-contract period, also known as contract closeout, is when you wrap up all aspects of the arrangement and do a post-mortem to see how you can change the way you handle future commercial contracts.

Commercial agreement and contract in India

Commercial agreements and contracts are very important because they legally define and establish responsibility for parties who enter into agreements for transacting business, closing a deal, selling and purchasing movable and immovable goods, renting and leasing land, and so on. Contracts are required in any aspect of a commercial transaction. A commercial contract can refer to any legally binding agreement between parties to perform or refrain from performing specified actions, and it can cover all aspects of a company, including hiring, salaries, rentals, insurance, loans, and employee protection. Negotiations are the beginning of any commercial agreement, and these documents are written to record the negotiations between the parties involved in writing so that they can be legally binding.

An agreement is a commitment or collection of promises that form the basis of mutual consideration. It’s important to remember that while all contracts are agreements, not all agreements are contracts, and only those that are legally enforceable are referred to as contracts.

In India, contract law is codified in the Indian Contract Act, 1872, which regulates contract creation, execution, performance, and the consequences of contract breach.

Even if the contract/agreement is simple and unambiguous, the court must take into account the same facts and circumstances of the case. It’s crucial to understand the connections between words, sentences, clauses, paragraphs, and the whole book. It is not possible to read it in isolation. When reading all such private commercial documents, the confidence element, trust, fiduciary relationship, and understanding between the parties simply cannot be ignored.

Even though the term ‘force Majeure’ does not exist in Indian law, its doctrine can be directly linked to Section 56 of the Indian Contract Act, 1872. A force majeure clause in a contract specifies the conditions in which performance under the contract will be excused or temporarily suspended. The term “force majeure” comes from Napoleon’s “Code Napoleon” and has a broader sense than “act of God,” but it’s unclear if it covers all “causes you can’t avoid.” Section 56 of the Act provides for the temporary discharge of responsibilities due to impossibility in the event of any untoward event or change of situation that is completely unrelated to the “very basis” on which the parties entered their agreement.

The basic principle of a Force majeure case is that if an event or situation occurs that is beyond a party’s reasonable control and is inevitable, and prohibits or delays that party from meeting any or all of its contractual obligations, that party may be relieved of its contractual obligations/ liability. When force majeure is invoked, the contract is not only revoked but the affected party is also required to continue performing its obligations to the degree that it is not prevented by the case of force majeure.

The group asserting force majeure must demonstrate that it used all appropriate efforts to prevent or minimize the force majeure case and its consequences. Since this is a subjective norm, it varies from case to case and must be interpreted accordingly. If the duration of force majeure is extended in certain contracts, the parties may be allowed to terminate the contract based on the practical difficulties they are experiencing.

Different situations/events have been pleaded to be included in ‘Force Majeure’ on many occasions by the contracting parties. For example, in 2016, when the Indian government announced the demonetization of some Indian currency notes without notice, it put a strain on a variety of industries, including construction and real estate, which rely heavily on cash transactions.

As a result, the contracting parties filed a claim for contract termination, citing demonetization as a force majeure case. The Central Electricity Regulation Committee (CERC) recently ruled that “demonetization” is a legitimate threshold for invoking the party’s force majeure clause. However, this contradicts the Hon’ble Supreme Court’s decision in Energy Watchdog v. CERC, 2017 in which the reach of the force majeure clause was strictly restricted. In this case, India recognized a new dimension to the understanding of force majeure events and their expanding reach.

Regardless of the size of your company or the sector in which it works, a commercial contract must be carefully drafted and checked before signing and regularly. it is abundantly clear that when assessing the rights and obligations of the parties to a contract, the terms and clauses of the agreement from the contracts or agreements foundation must be considered. 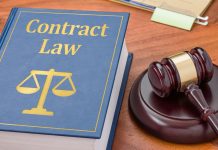 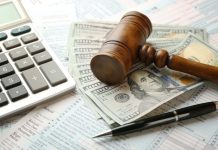 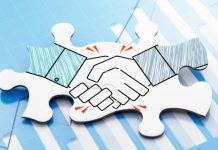 All you need to know about rate contracts & agreements