This article is written by Soumya Warrier, pursuing a Certificate Course in Companies Act, from Lawsikho.com. Here she discusses “Can the Company revise its Financial Statements? How?”. 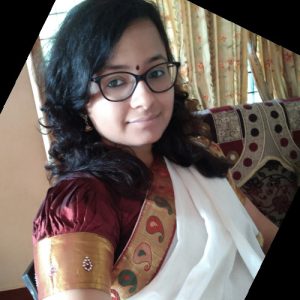 Financial statements should as per section-129 of companies act, 2013 should show a true and fair view of the state of affairs of the company, this statements should be prepared according to the accounting standards notified under section 133 and it should also comply with the provisions mentioned in schedule III of Companies Act, 2013.

Provided that nothing mentioned above shall apply to any insurance or banking company or any company engaged in the generation or supply of electricity, or to any other class of company for which a form of financial statement has been specified in or under the Act governing such class of company:

The financial statements shall not be treated as not disclosing a true and fair view of the state of affairs of the company, merely by reason of the fact that they do not disclose any information that is not required to be disclosed by them to any law that is governing them. The third proviso to section 129(1) lists the class of such companies to whom this condition applies-

And a copy of this order given by the tribunal shall be filed with the registrar. Tribunal will not give orders directly but it may take into consideration opinions and concerns, if any, from central government and Income-tax Authorities before passing the order in this regard. A no objection from income tax authority will be very important for tribunal for allowing reopening and revision of the financial statements.

The provision relating to re-opening of financial statements and board’s report and their revision either voluntarily or on court’s order or tribunal’s order has been introduced first time in companies Act 2013. Similar provisions were not present in any of the earlier company laws.

The central government to do the application of a provision of section 131, may make certain rules in relation to revised financial statements and board’s report with respect to

2. Company has to make an application to the Tribunal in prescribed form and manner for the revision. Following should be attached with the application in original form or in duplicate form:

3.  A copy of the order passed by the tribunal shall be filed with Registrar within 30 days from the date passing of the order. If not then tribunal can reject the application.

5. The detailed reasons for revision of such financial statements or report shall be disclosed in the Board’s report in the relevant financial year in which such revision is being made.

6. The detailed reasons for revision of such financial statements or report shall be disclosed in the Board’s report in the relevant financial year in which such revision is being made.

7. The Advertisement should contain:

8. The advertisement should be provided on the company’s website.

9. Where the requirements as regards to the advertisement and service of the petition, are not complied with, then the Tribunal may either dismiss the petition or give such further directions as it thinks fit.

10. The Tribunal may, if it thinks fit, and upon an application being made by the party, can allow the publication of advertisement with being followed above mentioned rules

11. The Tribunal shall issue notice and hear the auditor of the original financial statement.

Understanding the locus standi in Pubg corporation vs. NetEase inc