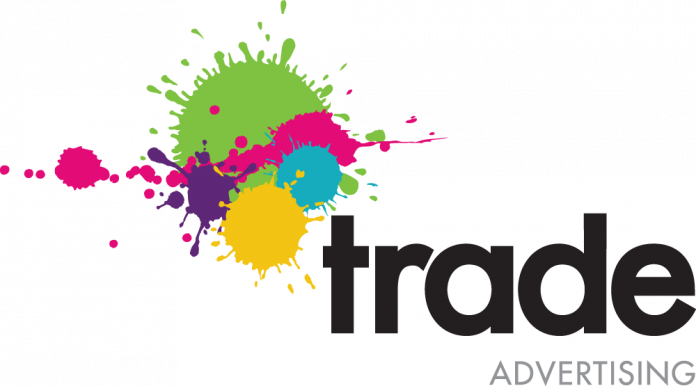 “Nobody counts the number of ads you run; they just remember the impression you make.”

It is undeniable that in today’s competitive market, where there are innumerable products available for the consumers to choose from, marketing strategies, such as promotions and advertising are the cards that play a major role in the success of a product. Amongst the plethora of items present in the market serving almost the same purpose and being directly competitive to the other brands, it is undeniably the alluring advertisements that mark the entry of one particular prod denigration/disparagement.

The idea of such advertisements is very simple. Imagine a buyer who, in order to allure the customers, gives a superlative description of its products. Now, imagine a situation where the same advertisement is shown comparing the product with the products of other sellers boasting it to be better than them in any sense or demeaning the brand value of other products in comparison to its own. This not only deceives the consumers, it also defames and degrades the market value of the goods and services of the other sellers. Even though advertisement has been given protection under free speech and expression, such unfair derogatory trade practice cannot be given a blanket protection under this term.

It needs to be checked, that such advertisements are neither misleading to the consumers nor degrading of the competitor’s product as it kills the whole idea of fair retail competition, which was brought into the picture to break the monopoly in the market and protect the consumers. Needless to say, consumers have been the center of concern for all the market players. They are the major stakeholders in the success of the market and the economy. However, how far are the advertisers willing to go to entice them is a question worth giving a thought.

In a perfect market scenario, their protection and satisfaction is one major goal to be achieved in order to be a constant success. Thus, several laws have been made and have evolved with the dynamics of the developing world. Media and trademark laws are two such laws which are predominantly ruling the statutory provisions in India. They need to be learned, understood and complied with, in word and in spirit. An easy way to do it would be by taking an online course on media laws or IPR laws and getting a first-hand hang of it.

Initially, untrue and misleading advertisements formed the subject matter under Section 36A of the Monopolies and Restrictive Trade Practices Act, 1969, which dealt with ‘unfair trade practices’. However, after the Act was repealed, the definition of ‘unfair trade practices’ was incorporated under Section 2(1)(r) of the Consumer Protection Act (COPRA), 1986. The restricted scope of protection under COPRA, extending only to the consumers, left manufacturers, sellers and service providers remedyless.

The lack of available remedies for the advertisers led to the creation of a self-regulatory body called Advertising Standards Council of India (ASCI). Though ASCI provided guidelines for fair advertisements, it lacked effective implementation and became problematic when the question of protection of the products from infringement by the non-members came into consideration.

Finally, the provisions under Trade Marks Act, 1999 filled this gap. Sections such as 29(8) and 30(1) deal with infringement of trademarks when done by way of advertisements. However, such use of the trademark in lieu of “honest practices” in industrial and commercial matters has been kept as an exception to the general rule of the said provision. It provides protection where a producer is using the method of comparative advertisement to promote his/her product, diluting, tarnishing or blurring the trademarks of the competitors.

Although terms like ‘honest practices’, ‘dilution’, ‘disparagement’ have not been clearly defined under the Act, several judicial pronouncements have bridged this gap. It was clearly stated by the court in Reckitt & Colman India Ltd. Vs. M.P. Ramchandram & Anr. that any producer is free to declare his goods to be the best in the market or even better than the competitors good even if the statement is false, but while doing the same, no producer is allowed to give a statement, disparaging the competitors goods and services on his own, even if the statement is true. Thus, the truthfulness of the statement in the comparison of the products does not become an exception to the infringement caused in the comparative advertisement.

The meaning of the term ‘disparagement’ was further defined in PepsiCo. v. Hindustan Coca-Cola Ltd. where the court held that “an advertisement is considered to be defamation if it is undervaluing, bringing discredit or dishonor upon the competitor’s product. Even after the analysis of how a comparative advertisement can be both fairly benefiting and deceptive at the same time, the major question that still remained was, what is that line of distinction where it becomes derogatory for the competitor’s product? It is exactly where you need to learn the media laws to understand the same.

Imagine, a TV commercial, advertising certain product stating it to better than any other available product of different brand appearing with a blurred image in the advertisement. Now, the biggest question in this advertisement is the identification of the blurred product belonging to a particular brand in the minds of the consumer and hence disparaging its market image. This question came before The Delhi High court, in Havells v. Amritanshu where the issue was, “whether for an advertisement to be an ‘Honest’ one, should the comparison between the products involve all the features?” The court held that if only a special feature of the product making it distinct from products of his competitor is highlighted, the advertiser is allowed to do, so far as the comparison is true.

So, precisely the idea is that the owner of the trademark has the exclusive right to use it in any manner he wishes to, hence, if used by advertisers in the advertisements promoting other brands, it infringes the right by disparaging and harming the goodwill of the brand. In a nutshell, it can be understood that an infringement of a trademark can take place only under the following two scenarios:

Thus, whether the comparison shown in any advertisement is detrimental to the repute of a trademark or not depends also on the understanding of the consumer and their reaction to such portrayal. Any comparative advertisement should be viewed and analyzed from the perspective of all its stakeholders, i.e. the producer/owner of the trademark, the advertiser and the consumer/viewer. You can get a good idea of it through taking specialised online courses dealing with trademark laws.

If you do a complete analysis of the laws, the status-quo leaves us with an open debate on where exactly should the line be drawn between fair comparison and comparison detrimental to the competitor’s goods. The major reason is that the target audience (consumers) who lack the technical knowledge to understand the truthfulness of the claim and can be swayed away by the enticing promotion-ideas of the advertisers.

Also, the lack of proper statutory and regulatory framework increases the problem in the practical implementation of the laws when a claim for infringement is made, as the parameters to conclude a claim, includes a number of terminologies that yet remains statutorily undefined. You need to understand such loopholes and act on them before the hands of law knock on your door.

Thus, what might in some circumstances be beneficial for the consumers, as it is giving them the complete and comparative idea of the product that they might be thinking of buying is detrimental to the producers of those goods and hence this creates a huge gap on the validity of such comparative advertisements as both the parties’ benefits are contradictory to each other.