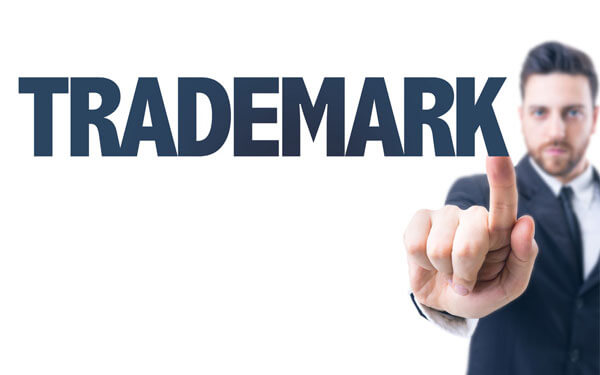 This article has been written by Shubhank Suman pursuing the Diploma in Intellectual Property, Media and Entertainment Laws from LawSikho.

China has finally managed to put up a complete legal structure for the protection of intellectual property (IP) rights after years of fumbling, adjusting, learning, and amassing experience, particularly since its reform and opening up. China has signed most international trademark treaties, including the Paris Convention for the Protection of Intellectual Property, the World Trade Organization’s Agreement on Trade-Related Aspects of Intellectual Property Rights (TRIPS), the Madrid Agreement Concerning the International Registration of Marks, and others, in order to bring its legislation up to international standards.

Evolution of the legal system

The Trademark Law is the system’s backbone, and it must be interpreted in conjunction with the Trademark Law’s Implementing Regulations, the Regulations for Recognition and Protection of Well-Known Trademarks, and the measures for the implementation of the Madrid Agreement Concerning the International Registration of Marks, among other things. Aside from these, the Supreme People’s Court (SPC) has provided other judicial interpretations on trademark trial concerns. Year after year, the number of trademark cases filed in China has increased. China passed the third modification of its Trademark Law, which took effect on May 1, 2014. This article, based on the new Trademark Law, covers the most important aspects of trademark registration and protection in China.

Similarly, if we talk about the evolution of trademark laws in India, The principle of trans-border reputation has been incorporated into Indian trademark law jurisprudence, and countless foreign trademark right owners have been granted broad protection for their brands, often in the absence of even a trademark registration in India, and frequently without even using the trademark in the Indian market. Under Indian tort law, these trademarks have been protected on the basis of broad equitable principles and the importance of upholding good business ethics.

The Trade Marks Act 1999, as well as the Trade Mark Rules 2002, which provide the rules and procedures for implementing the substantive law, are the most important tools of trademark legislation in India. Other statutes that apply to trademarks and their use include the Customs Act 1962’s Intellectual Property Rights (Imported Goods) Enforcement Rules 2007, which allows customs authorities to enforce trademark rights.

In July 2013, India completed its accession to the Madrid Protocol, a step that is expected to benefit brand owners and increase trademark filings in India due to a streamlined, unified application. India is also a party to the World Trade Organization’s Agreement on Trade Related Aspects of Intellectual Property Rights (TRIPS) and a long-standing member of various treaties administered by the World Intellectual Property Organisation.

The mark : protecting or challenging

The amended PRC Trademark Law eliminates the phrase “visual” restriction and provides an example of a non-visual sign: noises. This is followed by “etc.,” implying that more non-visual indicators are theoretically possible. In India, trademarks can be applied to words, logos, three-dimensional objects, textures, colours, and sounds. The shapes of Gorbatschow Vodka bottles, Ferrero Rocher chocolates, Christian Louboutin red sole signatures, the shape of the Zippo cigarette lighter, and the Louis Vuitton Epi leather design, for example, have all been found to meet the standards of distinctiveness under Indian trademark law and have been recognized as trademarks.

Prohibition of registration and use in bad faith

Article 7.1 of the law establishes good faith as a general principle: The application for trademark registration and use must be filed in good faith. Article 15.2 gives an example of bad faith in action: If the applicant has contractual or business ties, or other relationships with the prior trademark user other than (being the agent) so that the applicant is certain of the existence of this person’s trademark, the applied trademark will not be registered. In India, Unregistered” trademarks are protected by the tort of passing off. Under Section 27(2) of the Trade Marks Act, passing off is also legally recognized. The requirements for ownership are of primacy in use and adoption. Passing off is established by proof of reputation and goodwill. Indian courts have safeguarded a huge number of unregistered international marks with a trans-border reputation in India.

The law establishes time limits for the registration process and various trademark-related procedures before the China Trademark Office (CTMO) and the Trademark Review and Adjudication Board (TRAB), such as nine months for trademark examination, nine months – plus a possible extension of three months – for the TRAB to review the decision, and twelve months – plus a possible extension of six months – for deciding on an opposition. In India, the processes of filing, examination, hearing, advertisement, and certificate issuance can take 12-15 months assuming there are no objections from the Trade Marks Registry or resistance from any third parties.

Enforcement : where authorities step in

The law attempts to increase the severity of penalties for infringers, with a special focus on repeat offenders for the first time. However, in India, there are no mechanisms in place that allow the Ministry of Commerce and industry to act ex officio to combat trademark infringement at the request of a trademark owner or an interested party. The office of the Controller General of patents, designs, and trademarks is part of the Ministry of Commerce and Industry’s Department of Industrial Policy and Promotion. Infringement and passing-off actions, on the other hand, can only be brought in a court of law.

Only in cases of counterfeiting, when the trademark is the same or very identical, can the criminal process apply. Furthermore, a particular threshold must be met (RMB50,000 [US$8,000] for one trademark, or RMB30,000 for multiple trademarks). An inquiry and a raid by the Public Security Bureau are normally the first steps in the process (police). When considerable quantities are implicated, cases will be transferred to the Public Security Bureau for investigation by customs and the administration for industry and commerce. Throughout the process, the trademark owner must remain active and provide the police with any relevant information obtained during its own inquiry. It is then recommended that you pursue the case with the People’s Procuratorate and attend the criminal hearing before the court. In India, falsifying a mark is a criminal offence under section 103 of the Trade Marks Act, and the infringer or counterfeiter may face criminal charges. The following are examples of criminal actions that can be taken:

Customs in China regulates the movement of commodities for the protection of intellectual property rights, both during import and export. There are two ways to get protection: provide all required information ahead of time and ask customs to hold a questionable shipment, or register one’s right with the General Administration of Customs to benefit from ex officio customs actions. One of the most contentious topics is the condition of original equipment manufacturers, or OEMs, whose whole output is exported from China. Some jurisdictions have recently concluded that the fact that goods displaying a trademark belonging to a third party in China are exported and hence not sold on the Chinese market means that no infringement has occurred in China. In India, the central government issued the Intellectual Property Rights (Imported Goods) Enforcement Rules in 2007. Under these provisions, a right holder can register his or her work, invention, brand, or other intellectual property with the customs authorities and request that any products deemed to be infringing be seized. The authorities must make certain that the infringer has enough time to defend themselves. The customs authorities are authorized to destroy products detained or confiscated if it is determined that they have infringed on IP rights.

In light of the above discussion, provisions of trademark laws in India are not completely similar to the provisions of the trademark laws in China. In India, one can initiate proceedings even when there is mere apprehension of infringement. However, the degree of such apprehension is not formulated. There are also different provisions like registrability of unconventional marks, custom search and seizure where more clear and precise laws and rules are required. Since the role of the internet in marketing is at its zenith in today’s times, the lacunas in the trademark laws need to be corrected in order to cope up with the current realities. Since we all are aware that great power comes with great responsibility, therefore the Indian legal system must recognize this fundamental principle of law to deal with the lacunas of Indian trademark law.