This article is written by Saloni Surana, pursuing the Diploma Programme in Business Laws for In-House Counsels from LawSikho.

Indemnity and damages are closely related, but a major difference is that indemnity can be claimed for loss arising out of the action of a third party to a contract, whereas damages can only be claimed for loss arising out of the actions of the parties upon breach of contract. Indemnity today acts as a basic part of any business. Liquidated damages are a money related pay that is to be paid in the agreements. Indemnity is an undertaking to make good monetary or other loss which may be caused due to damage. Section 124 of the Indian Contract Act, 1872 (hereinafter referred to as ‘the Act’) which states that, “A contract by which one party promises to save the other from loss caused to him by the conduct of the promisor himself, or by the conduct of any other person.” Further, Section 125 provides remedy to the promisee in a contract of indemnity acting within the scope of its authority.

Damage is provided under Section 74 of the Act, which states that, “When a contract has been broken, if a sum is named in the contract as the amount to be paid in case of such breach, or if the contract contains any other stipulation by way of penalty, the party complaining of the breach is entitled, whether or not actual damage or loss is proved to have been caused thereby, to receive from the party who has broken the contract reasonable compensation not exceeding the amount so named or, as the case may be, the penalty stipulated for.”

What is the difference between indemnity and damages

Indemnity and damages are two closely associated terms with regards to agreements and arrangements, yet posturing the guidelines & its use. They act as the part that will be accepted by both of the parties to start the business.

Section 124 the Indian Agreement Act, 1872 (hereinafter alluded to as ‘the Act’) which expresses that, “An agreement by which one gathering vows to save the other from misfortune caused to him by the direct of the promisor himself, or by the lead of some other person.”1 Further, Section 125 gives solution for the promise in an agreement of Indemnity acting inside the extent of its position.

What is the difference between indemnity and insurance

Indemnities are utilized in business agreements to distribute hazard between contracting parties, by and large by changing the custom-based law or legal privileges of the gatherings, with one gathering tolerating a few or the entirety of the danger of misfortune that the other party may endure in a given circumstance.

There are six normal sorts of indemnity provisos:

Individuals are for the most part more acquainted with the concept of insurance. An insurance policy moves a danger starting with one gathering then onto the next in return for instalment. It monitors the safeguarded party against any misfortunes for the protected danger. Business insurance for the most part centres around resources, income, liabilities and staff, with numerous items intended to address the issues of explicit enterprises. In the event that you consent to a reimbursement condition, it’s a smart thought to examine if there is insurance inclusion accessible for the dangers prone to be covered by the provision. Regardless, know that an exchange of danger will consistently accompany a sticker price.

What is the difference between limitation of liability and indemnification

A constraint of liability clause is an arrangement in an agreement that restricts the measure of introduction an organization faces on the occasion a claim is documented or another case is made. Whenever discovered to be enforceable, a constraint of liability provision can “cap” the measure of likely harms to which an organization is uncovered. The breaking point may apply to all cases emerging throughout the agreement, or it might apply just to specific sorts of reasons for activity.

What is an indemnity in a contract

As a legitimate concept, it has a more explicit significance. For example, pay hints are just an aggregate paid to make great the deficiency of another regardless of the payer’s character, or their explanations behind doing as such. As the accompanying sections ought to clarify, an Indemnity is a sub-type of pay, similarly that harms and reparations are.

A commitment to Indemnity can likewise be recognized from an assurance conceded by one gathering as to the expected obligations of another. For instance, A might consent to stand underwriter (or guarantee) for her child C (an impecunious law understudy) so that if C can’t bear to compensate his lease to B (his watchful landowner), A will be obliged to compensation for him. Here, C is the one fundamentally answerable for instalment of the lease. A’s obligation is just subordinate. The risk of an indemnifier, appropriately supposed, is essential. This qualification among Indemnity and assurance was talked about as ahead of schedule as the eighteenth century in Birkmya v. Darnell. All things considered, worried about an assurance of instalment for merchandise, instead of instalment of lease, the managing judge clarified that an assurance adequately says “Let him have the products; in the event that he doesn’t compensation you, I will.” Paradoxically, an Indemnity resembles saying “Let him have the merchandise, I will be your paymaster.

The contract of indemnity is a type of unexpected agreement, as the risk of the indemnifier, depends on an occasion whose event is unforeseen. Further, the obligation of the indemnifier is essential and free. It is portrayed by all the fundamental components of a legitimate agreement, for example legal article, thought, free assent of the gatherings, limit of the gatherings to contract, and so forth. The method of the contract of indemnity can be express or suggested, for example on the off chance that an individual unequivocally vows to save the other from misfortunes, the method of the agreement will be express, while on the off chance that the agreement is connoted from the states of the case, at that point the method of the agreement will be inferred.

What is the indemnity principle

The standard of Indemnity states that on the incident of a misfortune the guaranteed will be returned to a similar monetary situation as he used to possess preceding the misfortune. All in all, the guarantee will get neither more nor not exactly the real measure of misfortune continued. This, obviously, is consistently dependent upon the constraint of the total protected and furthermore subject to specific terms and states of the arrangement. In this way, to place it in a greatly improved way, on the event of a misfortune, the safety net providers will attempt to return the guaranteed into a similar monetary situation as the safeguarded used to involve preceding the incident of the shortfall, just if the protection is appropriately organized on full worth protection.

Under-protection and prohibitive terms of the arrangement may block the guarantee from getting the real misfortune. Then again, regardless of whether the aggregate safeguarded is more than the real estimation of the property or topic; this would not qualify the guarantee for getting more than the genuine misfortune. This standard is in reality essential to keep the matter of protection on target and to keep it free from betting. This additionally checks the ethical peril of a man and simultaneously permits him to get the real measure of misfortune and unquestionably not more than that. Consider a recommendation wherein through over-protection someone is permitted to take more than the real measure of misfortune. Indeed, all things considered, it very well may be said with positive conviction that there will consistently be a compulsion to make a guaranteed occasion intentionally for the sole reason for making a benefit out of a misfortune.

Indemnity and Damages are close related topics with contrasting usage and Principles. They are major tools in the commercial laws. In a judgment, Gajanan Moreshwar Parelkar v. Moreshwar Madan Mantri [(1942) 44 BomLR 704], Bombay High Court states that the law regarding the contract of indemnity is not exhaustive, and that common law principles may be relied upon. 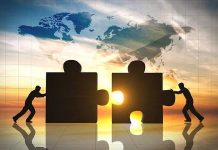 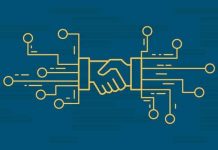 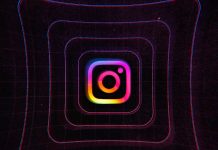