This article is written by N SANJIT KRISHNA, pursuing a Certificate Course in Insolvency and Bankruptcy Code from LawSikho.com. Here he discusses “Comparative Analysis of IBC Vis-a-Vis other Developed Jurisdictions “How can we Improve”. 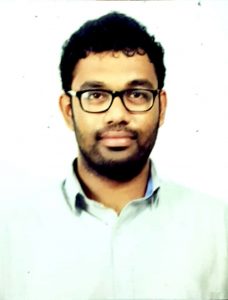 Enactment of Insolvency and Bankruptcy Code, 2016 (‘Code’) is one of the biggest revolutionary reform in the Indian economy. It has re-conceptualized the insolvency framework in India. With the passage of time the Code has turned out to be an effective and efficient yardstick to restructure the debt of the sick companies, to preserve the value of the assets of the debt struck companies, to continue the revival process of the sick companies while keeping them as a going concern and to administer the mounting level of the stressed assets and non-performing assets of our Indian ecosystem. The players of the Code are using this statute as a rearrangement tool to strike a balance between the debt and equity structure of the company which has gone imbalanced due to growing debts, lower creditworthiness and meagre performance of the assets of the company. At present, the Code deals with resolving the insolvency and bankruptcy issues of the Corporates and Limited Liability Partnerships whereas soon insolvency and bankruptcy pertaining to individuals and partnership firms will also come under its umbrella. Since its enforcement the Code has passed many litmus tests whether it be in the terms of identification of the role of its key stanchions, viz., Adjudicating Authority, insolvency professionals, Insolvency and Bankruptcy Board of India (‘Board’), etc., or categorization. of home buyers as financial creditors , constitutional validity of section 29A of the Code, role of committee of creditors in ensuring the timeliness of the Code, importance of authorised representative in safeguarding the interest and rights of class of creditors, importance of resolution over liquidation, etc.

As on 30th June 2019 the progress made under the insolvency regime is as follows :

However, in spite of all of the accolades garnered by the Code, there are few grey areas that have to be addressed for the efficient implementation and to pep up for the introduction of the Insolvency process against Individuals and partnership firms.

Levels of the Adjudicating Authority

One of the oldest and the most efficient Jurisdiction in India is the Indian Taxation System. The 68-year-old law provides for numerous levels of the Statutory Authorities for the resolution of disputes and they are as follows:

Additionally, there are numerous forums where the appeal can be preferred for faster resolution of disputes and such avoids the mushrooming of cases at a single level:

However, in the IBC, 2016 there are no separate statutory authority barring the IBBI and further, the appeals are limited to Two Levels of Authorities (NCLAT and Supreme Court). Though the Insolvency and Bankruptcy Code is in its nascent stages, a thought in the above-mentioned direction shall yield fruitful results.

Protection to the Resolution Professionals

Once the Resolution Professional is appointed they are charged with the complete responsibility of the Corporate Debtor, Managing the Operations, Safeguarding the assets, Collection and collation of the claims, Formulation of the Committee of Creditors and selection of the appropriate Resolution plan for the revival of the Corporate Debtor. Further, all of these activities should be completed in a time-bound manner so the CIRP process under the IBC, 2016 does not slip into the ways of the erstwhile laws.

So a robust and swift mechanism must be established by IBBI to weed out faultless and baseless allegations made against the Resolution Professional so that CIRP can be carried forward with proper mental space to revive the Corporate Debtor.

As the scale of the Corporate Debtor increases, it shall be a burden on the RP to finish verification of claims and identification of the PUFE Transactions within the stipulated time limit unless the information technology, Data Analytics and Business Analytics are made use of to find out the outliers.

Therefore, there is an inherent responsibility cast on IBBI to capitalize on the advancement of the information technology and create awareness among the Resolution Professionals to ease up the process of CIRP in a time-bound manner.

The IBBI website provides an updated list of all of the cases ongoing at the NCLT, NCLAT and the Supreme Court Level. Further, a filter is also provided to extract only those cases which have been Admitted or Resolution Plan proposed or Liquidation order passed. There is no provision made to filter case laws based on specific section numbers or regulations of IBC. Additionally, IBBI can go a step ahead and create an advanced filter, which shall help to filter case laws based on keywords or a combination of keywords.

The NCLT is the Adjudicating Authority as per IBC, and the order of the NCLT shall be binding on the Corporate Debtor, Resolution Professional, Financial creditors and all other stakeholders. However, to ensure faster resolution of disputes the NCLT has to stick to its Judgement given in other cases at different NCLT benches. One such illustration is as follows:

As per the provisions of IBC, the extension of the time limit can be sought under Section 12, whereby a single extension of not more than 90 days can be granted. This means that in a particular scenario where the resolution professional has applied for the extension for the time limit under the IBC, and the NCLT has granted extension by only say 45 days, the Resolution professional can no longer apply for any further extension. However, in the case of Forward Shoes India Private Limited (Corporate Debtor), second extension was granted for remaining period of 60 days as the first extension was provided for only 30 days by NCLT, Chennai whereas other NCLT benches have differed on other cases.

Lack of such uniformity shall make the proceedings under NCLT and NCLAT ambiguous as no proper reference to case laws can be made when arguing before the NCLT or NCLAT or the Supreme Court.

The ICAI (The Institute of Chartered Accountants of India) imposes a mandatory obligation on all of the qualified Chartered Accountants to attend specific hours of the CPE programmes organized to stay abreast with the happenings in the industry with respect to Management Consultancy, Forensic Audit, Statutory Audits and Tax Audits.

A similar framework can also be brought under the IBC, 2016 whereby all of the Resolution Professional shall be directed to compulsorily attend a stipulated hour of Continuing Professional Education (CPE) to obtain valuable insight from industry experts that shall help in their own work areas.

Awareness and Workshops on IBC

Though the IBC has created a massive impact by resolution of the stressed assets of big-ticket players, however, the wings of IBC is yet to spread across several Semi-Urban and Rural areas, whereby there is no awareness of the existence of IBC nor the right knowledge. Such awareness and workshop can be exclusively conducted for mainly the operational creditors, employees and workman.