This article has been written by B Bhanukesh, pursuing a Diploma in Companies Act Corporate governance and SEBI regulations from LawSikho.

Present-day mechanical upgrades have no vulnerability that extraordinarily affected the quality, openness, and prosperity of items and adventures. Regardless, the unavoidable truth is that the clients are still setbacks of bad and shady practices. The maltreatment of customers acknowledges different designs, for instance, contamination of food, deluding meds, sketchy enlist purchase plans, tremendous costs, bad quality, insufficient organizations, interesting advertisements, risky things, dim displaying, and some more. Moreover, with the steam in information development more cutting-edge kinds of troubles are thrown on the customer like computerised bad behaviors, plastic money, etc., which impact the client in a lot more noteworthy way. ‘Purchaser is sovereign’ and ‘customer is the ruler’ are only legends in the current circumstance particularly in making social orders. Regardless, it has been recognized and appropriately so the Buyer security is a monetary program to be pursued by the governing body, similarly as the business as the satisfaction of the purchasers, is considered an authentic worry for both. In this remarkable circumstance, the assembly, nevertheless, has a fundamental obligation to get the clients’ benefits and rights through fitting game plan measures, authentic design, and administrative framework.

Customers partake in the business community by using a particular thing. Had there been no client no association would exist. The situation with purchasers is basically horrendous without a doubt. You can take occasions of money managers gauging shy of what he ought to, the association’ making false cases on packs. By then, close-by sweetmeat vendors are tainting unrefined materials to convey the laddoos or barfis. You can audit the case of dropsy considering corrupted mustard oil. Notwithstanding how horrendous quality you get, chances are you will get an inconsiderate response from the financial specialist if you set out to complain.

The Article focuses on the Competition Act, 2002, how it is preventing unfair trade practices, what are its sections and objectives of the act. In relation to the Act; how is the Competition Commission of India established, who was its first chairman (including the present one), what are its duties, powers, and functions. At last, the article concludes with the positive and negative impacts of solid rivalry between the markets at every industry or organization and how CCI is dealing with this.

The Competition Act, 2002: an insight

The Competition Act, 2002 contains mainly 66 Sections which are divided into IX Chapters.

The objectives of the Competition Act, 2002

An act to give, keeping taking into account the financial advancement of the country, for the establishment of a Commission to prevent practices having an adverse effect on competition, to secure the interests of purchasers, and to guarantee the opportunity of exchange carried on by different members in markets, in India, and for the issue associated therewith or incidental thereto. The reason for the demonstration is to accommodate the foundation of the Commission:

The major focus of the act

The authoritative objective behind this act is to address all roadblocks in propelling competition among forte units whether the private or outside root. The Competition Act, 2002 was sanctioned with a target to give better assurance of the interests of the Competition, to make arrangements for the foundation of CCI, and different experts for the settlement of purchaser debates. The Act applies to all merchandise and ventures except if explicitly excluded by the Central Government. 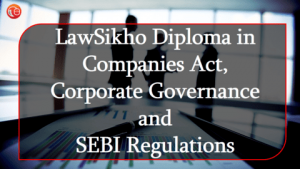 Powers and functions of Competition Commission of India

Solid rivalry in the market is fundamental for the advancement and development of the economy. Despite the fact that the Indian economy has pushed ahead from the defensive position it had over homegrown businesses, yet hurtful exchange rehearsals like the formation of cartels and restraining infrastructures conflict with the public arrangement. It hurts the small makers as well as the overall population as now they need to consent to the silly terms and conditions forced by the tremendous parts on the lookout. The rich get more extravagant to the detriment of poor people, which conflicts with the objective of the value of the economy. A body like the Competition Commission of India is crucial for checking such practices.