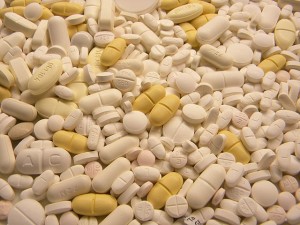 This article was written by Soni Bhola, a student of RMNLU, Lucknow during her internship with iPleaders.

A compulsory license is an authorization which is granted by the government without the permission of the patent holder to a licensee under certain circumstances. It is an involuntary contract between a willing buyer and an unwilling seller imposed and enforced by the state. Compulsory license is a statutorily created license allowing an individual or a company seeking to use another’s intellectual property can do so without seeking the patent holder’s consent, in return of a set royalty or fee for the license.

Now, the compulsory licensing has been mandated by several international agreements like WIPO (World Intellectual Property Organization), Paris Convention For The Protection Of Industrial Property and WTO Agreement on Trade Related Aspects of Intellectual Property Rights (TRIPS). These international agreements have given several grounds to their contracting states to grant compulsory licensing like promotion of public health and nutrition or public sectors of vital importance or of socio economic and technological importance.

“Between our trade and our health, we have chosen to look after our health.”   ~Luiz Inacio Lula da Silva (President of Brazil)  (on compulsory licensing of AIDS drugs )

The IPRs prohibit imitation and copying of products, product characteristics, industrial designs etc and in a way they also contribute to fair competition in market. On the other hand the competition law may restrict the exclusivity provided by IPR if the exclusivity has been exploited to exclude others from business by anti-competitive means. Therefore, a too high or too low protection of both the IPRs and competition may prove bad for market as it will unnecessarily create distortions in the trade. An optimum level of protection to both IPR and competition law is thus, desirable for promotion of competition in markets.

For instance, countries like, South Africa, Kenya, Malaysia, Thailand, etc have resorted to compulsory licensing of HIV drugs. Another example of compulsory licensing could be Bayer v. Natco[1] where Mr. P.H. Kurian, Controller of Patents, India while awarding the license, observed, “a right cannot be absolute. Whenever conferred upon a patentee, the right also carries accompanying obligations towards the public at large. These rights and obligations, if religiously enjoyed and discharged, will balance out each other. A slight imbalance may fetch highly undesirable results. It is this fine balance of rights and obligations that is in question in this case.” Now, instead of Rs.2.8 lakhs, the cancer drug Nexavar is available at Rs.8800, at just 3% of its earlier price.

Compulsory licensing has triggered positive outcomes for India, despite this, in India as of now there is no settled position as to when Competition Commission of India (CCI) would grant a compulsory license, though the provisions of Competition Act 2002 seem to confer a lot of powers to CCI. Earlier in the years prior to the enactment of the 2002 Competition Act, MRTP Act (Monopolies and Restrictive Trade Practices) was in force under which, the monopoly itself was bad in law but after the Competition Act 2002 only abuse of monopoly attracts penalty from CCI. This reflects a policy shift by Indian Government keeping in mind the global trends in business and economy. The CCI in its decisions has placed a great emphasis on interest of common man, than on competitors or the competitive process.

In India, the following situations may attract compulsory licensing where IP holder:

Since the provisions under the Competition Act use the term ‘may’ therefore, given the circumstances the CCI may pass an order of compulsory licensing if that is the need of hour. The CCI has gone ahead by imposing a grand penalty to DLF in Belaire Owners Association v. DLF Limited and HUDA[2] to the tune of Rs. 630 Crore for abusing its dominant position, just to ensure that consumer interest is not overlooked by such big companies. Similarly, CCI may be called upon to pass Compulsory licensing order if necessary to rectify the anti-competitive practice; or to ensure consumer welfare and to promote and sustain competition.

Compulsory licensing acts as a remedy to the abuse of IPR.  It serves to strike balance between two disparate objectives- rewarding patentees for their invention and making the patent products available to large population in developing and underdeveloped countries at affordable rates.

In compulsory licensing the IP holder whose right has been licensed to others, gets royalty as set by the court or government. Hence, though profitability of an IP is diluted to a great extent by compulsory licensing still the incentive for innovation does not vanish completely.

Compulsory licensing of IPRs to rectify the unfair trade practice by an IPR holder should be least resorted to. It may deter foreign direct investment in industrial sectors. Apprehensions of compulsory licensing of IPRs may cause companies to not to venture in to Indian jurisdiction as their right of patent or any other IPR may be licensed to others bringing down the profitability.

Since the abuse of IPR is a very reasonable likelihood where an enterprise has its rights protected under Intellectual Property (IP) laws. The monopoly protected by IPRs is though permissible under laws but the fact remains that it is very prone to abuse. Enterprises are often tempted to indulge into anti-competitive practices trying to extend their monopoly into areas where they do not have rights protected by IPRs. This kind of monopoly puts these enterprises in to a position where they can dictate their terms over whole of the industry and sometimes which can be violative of free competition rules.

Compulsory licensing can be seen as an effective remedy in such cases where the public interest is involved to a large extent and anti-competitive practices of companies have damaged the interest of consumers as well as competitors in legal sense.