This article is written by Darshit Vora of SVKM, Narsee Monjee Institute of Management Studies. The article covers various kinds of Jurisdiction and further analysis the concept of inherent Jurisdiction of the courts mentioned under Section 9 of the Civil Procedure Code.

Illustration:  A is a tenant of B which was supposed to reside from 1996 to 1998 but he resided till 1999 he stayed illegally in possession of B for 1 year the place was located in Madhya Pradesh. Therefore, if B files a suit in Uttar Pradesh then the case would be rejected because the Court of Uttar Pradesh doesn’t have Jurisdiction. The case is supposed to be tried in Uttar Pradesh considering the geographical limits.

Illustration: A sues B for cutting 20 trees in his locality he is supposed to file a suit in National Green Tribunal if he files a suit in the District Court it would get dismissed.

Inherent Jurisdiction is an English common law doctrine that refers to the exclusive authority of the court to hear the matters that come before it unless restricted by the State. In Bremer Vulkan Schiffbau and Maschinenfabrik v. South India Shipping Corporation Ltd (1981), the House of Lords has defined Inherent Jurisdiction as a general power to control its procedures to prevent it from being used to achieve injustice.

The Court can use its power of inherent Jurisdiction in four general situations:

To try any civil case through the power of inherent Jurisdiction, it needs to comply with the provision of S. 9 of the Civil Procedure Code.

Section 9 of the Civil Procedure Code: In this section mentions the court can try any civil case and the court is not expressly or impliedly barred from taking the cognizance of the suit.

The suit should be civil in Nature: For the enforcement of the Suit, the case must involve a violation of private rights. In civil, there arises a dispute between individuals or organizations the party whose rights are violated then a compensation amount is awarded. There exists a wide difference between suits of civil nature and civil cases.

Examples of suits which are of civil nature are as follows:

Examples of suits are not of civil nature are as follows:

The Court should be expressly or impliedly barred:  Expressly barred refers to when the legislation restricts the scope of jurisdiction of the civil courts from restricting to try a particular class of suit. The power of the legislation should be implemented in such a manner that there is no breach of a provision of the Constitution. In Shankar Narayan vs K Shreedevi, (1998) the Supreme Court, in this case, mentioned that civil courts have primary jurisdiction on all civil matters unless it is expressly or impliedly barred.

Impliedly barred refers to when a restriction is being imposed on the court by the general principles of law. If a suit remedy to a person needs to be provided in a specific manner and then the person a remedy in any other manner there would be an implied barrier. The court cannot take cognizance of those cases where the suits are against the public policy.  Performance needs to be enforced in a specific manner then the performance cannot be executed in any other manner. In Raja Ram Kumar vs Union of India (1998) while considering implied jurisdiction the Supreme Court observed that if a right is recognized in common law and if a new statutory remedy is being enforced both statutory and common law remedies would become concurrent.

Illustration:  If A and B enter into a contract of smuggling drugs A defaults B, B files a suit in the court which would dismiss the case as because the object was unlawful the court is barred from trying such suits.

In Hasham Abbas vs Uaman Abbas, in this case, the Judgment was pronounced being expressly and impliedly barred to try the case. The Supreme Court held that the decision was null and void.

The presumption of Jurisdiction should not be inferred until and unless a specific law established by the legislation debars Court from exercising its jurisdiction.

The burden of proof

The burden of proof is upon the party which claims that the court doesn’t have the power to try the case. In Abdul vs Bhavani (1996), the Supreme Court held that every presumption should be made in favour of the civil court, exclusion of Jurisdiction shall strictly be construed. Where a party raises such contention he needs to prove various status, relevant provisions, and object and purpose of the enactment.

General principles associated with Section 9 of the Civil Procedure Code, 1908

Judicial observation on the jurisdiction of the civil court

In this case, Justice Hindyatullah said various principles on the exclusion of jurisdiction by various civil courts.

This was a landmark judgment delivered by the privy council it held that jurisdiction cannot be decided merely on the ground of inferences. The court should have an exclusive jurisdiction to try the case. It also held that even if the jurisdiction has been expressly or impliedly barred, the court is given the power to discuss the merits of the case.

In this case, the Supreme Court made a certain observation regarding Section 9 of the Civil Procedure Code.

The Supreme Court laid down two tests about the exclusion of jurisdiction of the civil court.

A civil court needs to try a specific case to consider Section 9 of the Civil Procedure Code into consideration. Excluding two restrictions of the case is civil and implied or expresses a barrier it can try any case. The Court can also dismiss the case when it finds that t6he plaintiff has not compiled to the kinds of jurisdiction Subject matter, Territorial and Pecuniary. Parties are not allowed to decide the suit they are supposed to comply with the provisions of law. 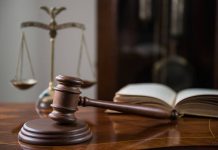 Applicability of Code of Civil Procedure, 1908 to proceedings under the Consumer Protection Act, 1986 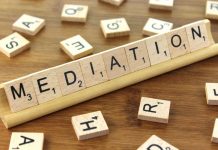 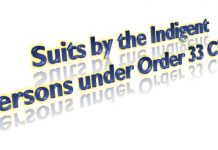 Analysis of Order 33 of CPC (suits by indigent persons)