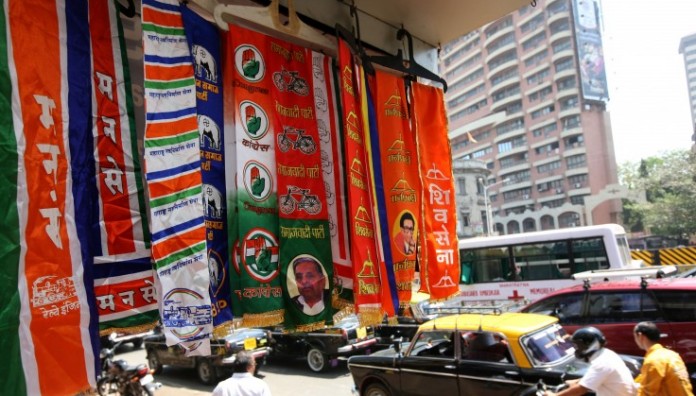 This article is written by Gauraw Kumar, a student of BVP-New Law College, Pune. This article covers the concept, origin and features of ‘left-wing’ and ‘right-wing’ political ideology and tries to explain each and every concept in simple and easy ways.

You must have heard the word ‘left-wing’ and ‘right-wing’ in political discussion or debate. Have you ever thought, what does it actually mean? An interesting fact is that very few people are actually aware of the real meaning of these words. What is Political Ideology? Ideology means ‘collection of ideas’. In social studies, a political ideology is a certain set of ideas, principles, doctrines, myths or ethical symbols of a social movement, an institution, a class or a large group that explains how society should work and provide a political and cultural model for a particular context of social order. Political ideologies have two elements:-

Generally, each ideology contains certain ideas about what it considers the best form of government (i.e., autocracy or democracy) and the best economic system (i.e., capitalism or socialism).

In this context, we will try to discuss all the facts, use, historical background and current situation of the term ‘left-wing’ and ‘right-wing’.

The word ‘left’ and ‘right’ were initially used in the French Revolution of the 18th century. At that time, France had monarchy (one king and his dynasty would rule the nation). Some people were in support of monarchy and some were against it and wanted democracy in their nation.

At that time, the sitting arrangement of France parliament was in the following way:-

Therefore, the definition of left and right came from these historical facts and people used different words or tag for Left-wing and right-wing, which are the following:-

From those days to these days, there is a huge difference in the meaning and definition of left and right-wing. Nowadays, these two political ideologies are perfectly defined or described by American Political parties. There are two main political parties in America, namely Democrats and Republicans. Democrats are always called left-wing parties and Republicans are always called right-wing parties. There are some policies, decisions or thoughts which are different for left-wing and right-wing.

Who are the Left and Right?

The parties who want a change in the existing system. Generally, they are Liberals, Socialists, Democrats and Communist. Left wants pro-change and they are liberal.

The parties who believe in the existing system. The basic thoughts of the right-wing are social conservatism and economic liberalism and they are Conservatives, Nationalists and Republicans.

The opinion of Left-wing and Right-wing

On the basis of individual liberty and power of government, left-wing and right-wing are differ from each other.

Generally, Left-wing parties have the following opinion or policies:-

And, Rights wing parties have the opposite opinion from left wings parties which are the following:-

They can also be classified on the basis of their different opinion in the following ways:-

It is an imaginary line on which we used to put political parties according to their thoughts, views or policy. Like: political parties who keep the opinion of the left-wing will be put on the left side of the political spectrum.

The political parties who keep views or opinions of moderate nature (some views from left-wing and some from right-wing) will put Center or moderate points on the political spectrum.

At the same time, they oppose the death penalty and support same-sex marriage which shows characteristics of left-wing ideology. But, parties do not support or oppose any issue openly in India.

So, Left-wing or right-wing is the very worst way to classify Indian political parties. It is better if we do not use these words while discussing political issues and use individual policies in order to determine true or false.

Which is the Best? (Left v/s Right)

Now, the question which arises is, which ideology is the best? The correct answer is CENTER. It is 100% true that neither left-wing or nor right-wing is best for a country.

We can understand this by examples:-

We have seen countries following the extreme left-wing ideologies like China and Russia where Mao and Stalin ruled respectively. Both are famous for their mass killings.

We have also seen countries following the extremely right-wing ideologies like mostly middle eastern countries, who define themselves by one religion. If you live in these countries and do not follow their specific religion or make a mockery of their faith, then you will be liable and punished for the same.

Hence, extreme left-wing and extreme right-wing are both dangerous to follow. It is better to pursue both of them. But both the right and left have some good views which can benefit the Center.